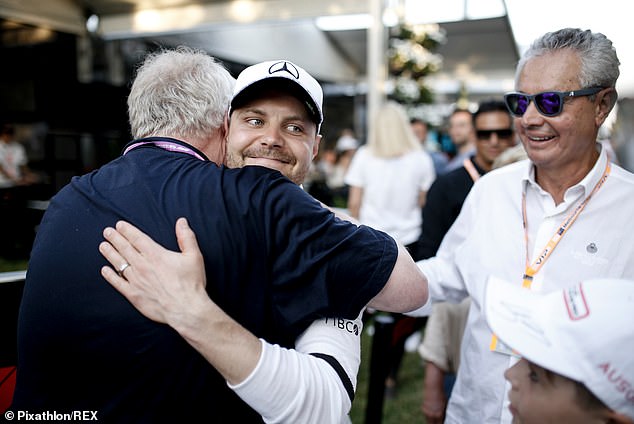 Bottas was heard over the Mercedes team radio saying: ‘To whom it may concern, f*** you’

Valtteri Bottas hit back at his critics on the track with a dominant win at the Australian Grand Prix – and had strong words for his doubters as well.

Bottas overtook Mercedes team-mate Lewis Hamilton on the first corner inMelbourne before romping away with the first race of the 2019 season.

The Finnish driver has been criticised for a perceived lack of ability and killer instinct to drive for a top team, after he failed to win a single Grand Prix in 2018. 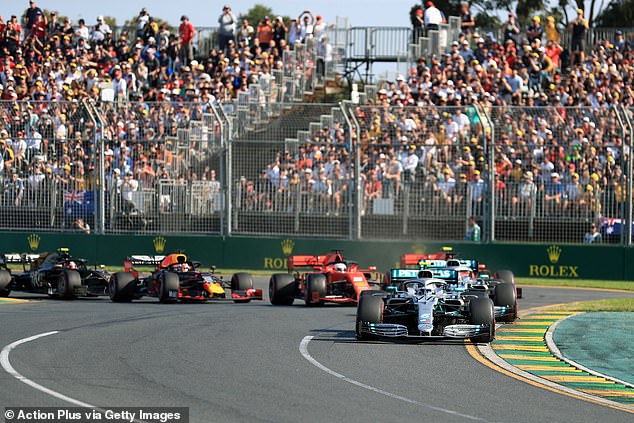 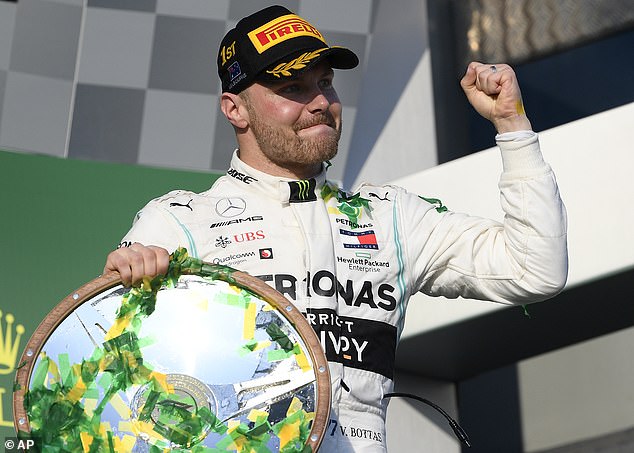 Bottas’ contract expires at the end of the season, with reserve driver Esteban Ocon tipped to replace him in a Mercedes race seat for the 2020 campaign.

However Bottas’ brilliant drive at Albert Park – where he won by more than 20 seconds from Hamilton – was followed by a foul-mouthed attack on those who have written him off.

Bottas was heard making the following announcement over the team radio: ‘To whom it may concern, f*** you’.

It led to speculation on social media over whether Bottas had any specific target in mind for his blast, or whether it was a general response to his critics.

The rebuke was especially notable as it came from the usually mild-mannered Bottas, who when later asked to explain his remarks said the intended recipients would know who they are.

‘It just came, I just wanted to send my best regards,’ he said. ‘That’s it. Honestly, I didn’t think about it or plan it, it just came.

‘There are always ups and downs, and you can really see the true support quite easily. Then through the difficult times there’s the other part, which is a lot more negative. That’s their weakness, so it’s fine.’
SOURCE: dailymail.co.uk