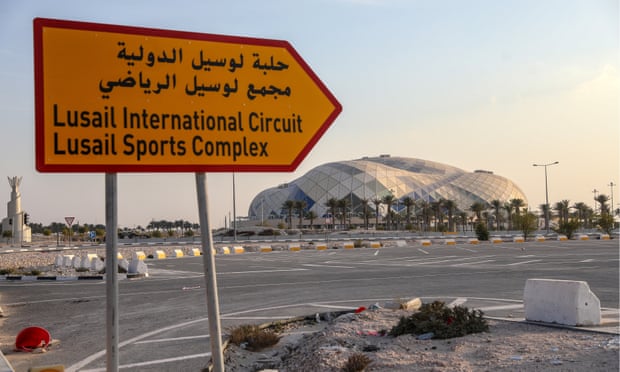 The most stunning and tantalising revelations of the Fifa trial in Brooklyn, New York, had nothing much to do with the two of the three defendants finally hit with guilty verdicts on Friday.
They were comparative small fry among football’s financial feeding sharks.

Gripping as it turned out to have live, lurid evidence presented of endemic bribery on the sale of television rights for South American tournaments, that wretched, racketeering reality had already been established from the guilty pleas of 23 other football officials from the Americas to a medley of corruption charges.

Yet almost as an aside, one defendant revealed in his evidence that key South American Fifa barons received bribes for voting to send the 2022 World Cup to Qatar.

These allegations have been left hanging, prompting only further questions, as the defendants José Maria Marin and Juan Ángel Napout, found guilty of bribe-taking on South American TV deals, wait to receive their sentences and the jury continues to deliberate on the third defendant, Manuel Burga.

The claim about Qatar was said early in damning evidence given by Alejandro Burzaco, one of the sports rights company executives pinned by the US justice authorities into pleading guilty to bribing football officials and informing on what they did.
The Argentinian’s evidence was key to convicting Marin, the former president of the Brazilian Football Federation (CBF), and Napout, the Paraguayan former president of the South American football confederation, Conmebol.
They were found guilty of bribe-taking when selling TV rights for Copa América and Copa Libertadores tournaments, plus, in Marin’s case, the Copa do Brasil.

But Burzaco also testified that one of the most powerful Fifa chiefs of all, Julio Grondona, the Argentina FA president from 1979 until his death, while still in office, in 2014, was prodigiously corrupt.

Burzaco said that while he was doling out the bribes in 2011 for the Copa América, Grondona had told him he should have another $1m, which was heading for the then CBF president, Ricardo Teixeira.

Grondona was a Fifa executive committee member for 26 years and effectively a deputy to Sepp Blatter in his latter years as world football’s president.
According to Burzaco, the Argentinian said that Teixeira “owed him” (Grondona). That was because “Grondona voted for Qatar to host the 2022 World Cup”.

Burzaco said he travelled to the vote in Zurich in December 2010 with Grondona, Teixeira and the Paraguayan Nicolás Leoz, the Conmebol president for 27 years, and it was “not a private thing” that they were all voting for Qatar.

He testified that during the early rounds of voting, Grondona and Teixeira had berated Leoz, saying: “What the hell are you doing? Are you the one not voting for Qatar?”

He also said Grondona was enraged by adverse media reports and that he had seen his compatriot demand that Qatari officials pay him $80m or write a letter certifying that they never paid him bribes.

The multibillion-dollar stadium construction work mandated by that 2010 vote continues in Qatar, the tiny, mega-wealthy Gulf emirate currently blockaded by its neighbours in an almighty political confrontation.

Qatar’s official bid team have always denied any bribery and none was found in the investigations by the former Fifa ethics committee chairman and US prosecutor, Michael Garcia.

In Brooklyn, for all the visceral testimony heard against the three in the dock, their trial partly provided a daily reminder of the ones who have got away so far or declined to appear.

Marin was the CBF president for three years, having taken over in March 2012 from Teixeira, who is charged with much longer-prevailing and mountainous bribe-taking.

The former son-in-law of João Havelange, the corrupt Brazilian Fifa president from 1974-1998, Teixeira, who clung to the gilded office of CBF president for a much-resented 23 years, has always denied wrongdoing and remains in his country with no intention of facing US justice.

Napout was the Conmebol president for one year, from August 2014 until his arrest in Zurich in December 2015.

He succeeded Eugenio Figueredo, the Uruguayan who pleaded guilty then, but the meatier target, even at 89, remains Leoz.

He ruled into the era of multiplying media millions for televised football and is accused of in effect pioneering this culture of kickbacks for every rights sale.

A power-wielding member of the Fifa executive committee alongside Grondona and Teixeira throughout Blatter’s years, Leoz also denies the charges and is expected to appeal against last month’s decision by a Paraguayan court to grant extradition to the US.

Burga, the former president of the Peru FA about whom the Brooklyn jury is taking longer to reach a verdict, was never a major Fifa figure and may forever now be known mostly for his alleged throat-slicing gesture to Burzaco in court, which his lawyer claimed was just “itching his neck”.

The other big beast who remains out of reach despite having his name on the criminal indictment is Jack Warner, president of the Confederation of North, Central American and Caribbean Football Associations (Concacaf) for 21 years until 2011.

Blatter, whose presidency fell after the dawn raids in Zurich in May 2015, has always raged at the US investigation, rightly arguing that it uncovered corruption largely in the US and the Americas, yet labelled Fifa as the criminal enterprise.

Warner is charged with one of the few alleged crimes involving Fifa business, that he took a $10m bribe to vote for South Africa to host the 2010 World Cup.

He denies that, as do the South Africa bid team and government, and he remains at home in Trinidad, fighting the country’s extradition law.

As a result that dreadful allegation remains unresolved, as does this new accusation, that Leoz, Teixeira and Grondona were paid bribes, from somebody, to vote for Qatar.

The key question is whether this evidence, offered up almost in passing in a Brooklyn courtroom, has any solid basis or is just an unprovable secondhand anecdote about a Fifa baron no longer alive to account for himself. And whether the FBI, which has now notched up two criminal convictions to add to 23 guilty pleas, continues to investigate.