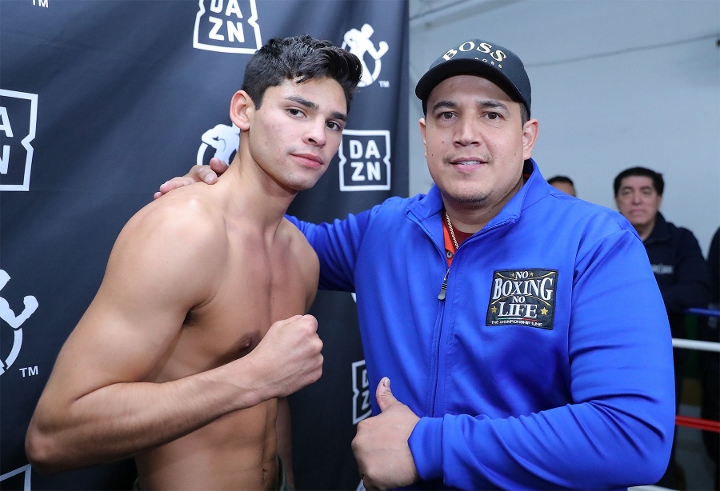 The unbeaten lightweight contender will no longer proceed with negotiations for a title eliminator as ordered by the World Boxing Organization (WBO).

The decision ends a six-day whirlwind where Garcia was presented with two different paths for his next career move.

The WBC had already ordered its interim title fight when the WBO announced its plans for a boxoff to establish a long overdue mandatory challenger for its lightweight title.

There was a brief period where Garcia was strongly considering the WBO route, before ultimately deciding to instead vie for the WBC’s interim title.

Representatives for the WBO and both boxers did not respond to inquiries by BoxingScene.com seeking comment, as the decision had not yet been formally announced.

Garcia (20-0, 17KOs) and Campbell remain in talks for a bout where the WBC has declared the winner will face unbeaten lightweight titlist Devin Haney (24-0, 15KOs).

With notification of Garcia abandoning such talks, the WBO will have to go down its list to find the highest rated available contender to enter talks with Tagoe, who is the sanctioning body’s number-three contender.

Tagoe was able to enter the title picture following a story which first published on BoxingScene.com earlier this month citing the lack of a mandatory challenger in waiting.

The former IBO Tagoe has won 31 straight fights since suffering his lone career defeat in his pro debut more than 16 years ago.

The winner of the proposed WBO title eliminator will be in line to face whomever prevails in the three-belt title unification clash between Lomachenko—who holds the WBO and WBA titles—and IBF titlist Teofimo Lopez (15-0, 12KOs).