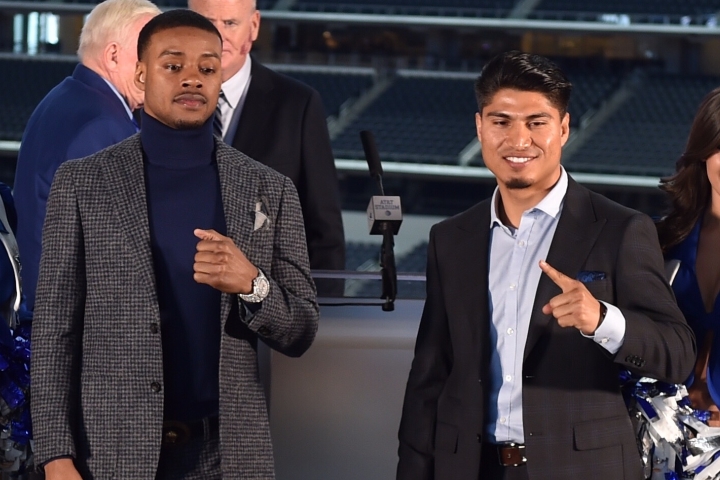 Veteran trainer Teddy Atlas is in the minority, but he’s giving Mikey Garcia a very good shot to pull off the upset on IBF welterweight champion Errol Spence.

This coming Saturday night, Garcia will challenge Spence for his world title at AT&T Stadium in Arlington, Texas.

Garcia is currently the WBC’s world champion at 135-pounds, and take a huge risky by moving up in weight by two full divisions to take on the tough task of facing Spence.

Spence is widely viewed as being too big, too strong for Garcia, who started his career as a featherweight and won world titles in four weight divisions.

Garcia has never fought beyond the junior welterweight limit of 140-pounds, and Spence is likely heading to junior middleweight in the near future.

Despite all of that, Atlas explains why he believes Garcia can get the job done.

“I do [like his chances] as long as he feints before delivering his punches,” Atlas said to Premier Boxing Champions.

“Mikey is a terrific technical boxer. So, it is imperative that he doesn’t give up his defense for offense. Mikey has to get in and get out, put his punches together and not get too greedy. By getting off first, essentially Mikey is cutting the side of the beef off, by simply cutting the sides off and not the middle, Mikey can take small bites of the beef.”

“People think that the only way to win a fight is by a fighter exploiting the flaws in his opponent. Forget about what [Spence] does bad. Mikey must prevent Spence from doing everything that he does well. Everyone is (saying) that Mikey is at a disadvantage because he is the smaller man. No, he’s not (at a disadvantage.) As a result of being the smaller man, Mikey is quicker, he’s more fleet-footed against the more cement-footed Spence.”