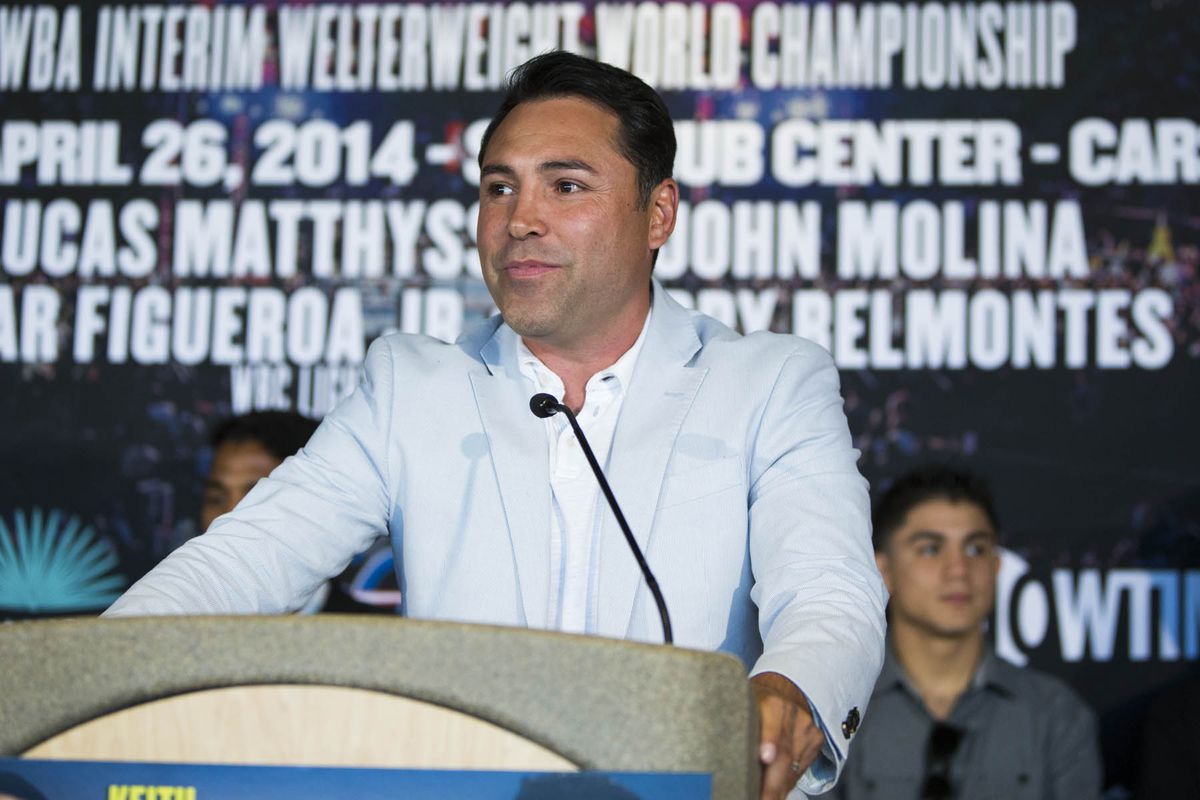 Will we see a middleweight rematch between boxing stars Canelo Alvarez and Gennady Golovkin?

That appears to be anyone’s guess at this point. With some members in the media claiming the fight is all but set, including reports coming out of Mexico that the fight has been finalized for May 5, Golden Boy promoter Oscar De La Hoya is denying those claims.

And of course, in true Oscar fashion, he can’t help but insinuate that it’s Golovkin who is holding up negotiations …

Oddly enough, just hours before that tweet, one of our colleagues at Fight Hub mentioned that Golden Boy president Eric Gomez told him that a Canelo-Golovkin rematch was 98% done, an official announcement, imminent.

It’s hard to know what to make of this whole situation, really, but with May on the horizon — and considering the stature of the fight — one would think if this fight is going to get done, it would need to get done pretty soon.

Yet, with De La Hoya claiming it’s ‘not close to being done,’ there’s probably at least some cause for concern.

Then again, Oscar is known to say just about anything, so don’t completely write off the chances for a May sequel.