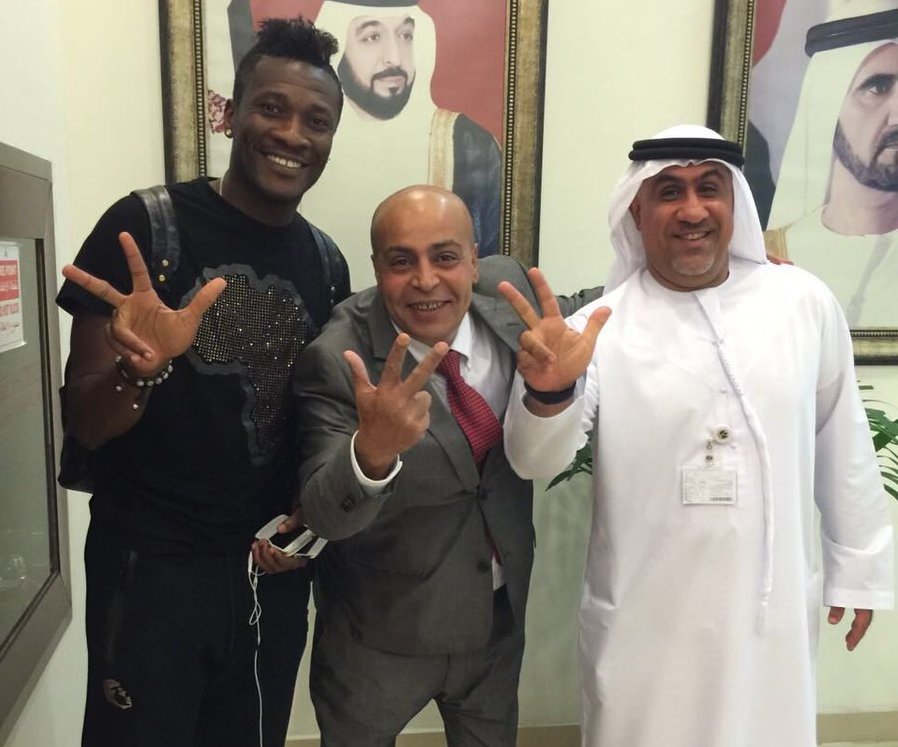 Ghana captain Asamoah Gyan says he feels at home returning to the United Arab Emirates to sign for Al Ahli on a season-long loan move from Shanghai SIPG.

Gyan passed a medical on Wednesday and has been snapped up to replace Senegalese Moussa Sow who has returned to Fenerbahce.

The 30-year-old wants to roll back the years which saw him win the UAE Pro League goal king for three consecutive times during his spell at Al Ain.

“I want to tell all fans in UAE that I’m back to UAE, I’m back home,” he said on Kumasi-based Angel FM

“The relationship I had with the people of UAE was fantastic. So, I want to come back and continue the relationship  … also would like to thank the fans of Al Ain so much.

“We had a great four seasons together.

“I would like to thank the fans and everything they showed me.”