Hall of Famer Marvelous Marvin Hagler, who retired with a record of 62 wins, including 52 inside the distance, two draws and three defeats, shakes his head at the amount of titles that are on offer in his former sport today compared to his heyday.

“Now they have so much they throw them (titles) away like candy,” he said.

“It was a long hard road in my day. I said you have to kill me to take it (the title).” 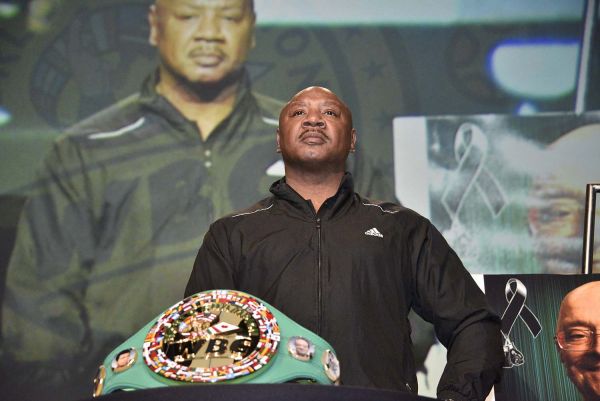 Hagler, the undisputed middleweight world champion from 1980-87, says there is one boxer who he believes represents the good old days and that is Kazakhstan’s former unified middleweight champion Gennady Golovkin.

“I saw ‘Triple G’ and I told him I am glad that you became champion because it brings back respect into my division, you look like a champion who will be there for a while.

“Most champions these days, they come and they go, they confuse the public, who do not know who the real champion is.

“Right now they think Mike Tyson is the champion,” he adds, chuckling.

Hagler, though, derives great pleasure in his work with disadvantaged youngsters in his role as an academy member of Laureus, a global movement that aims to use the power of sport to tackle social challenges in the world.

“I like to give them hope and direction and put a smile on their faces,” he said.

“I went to Brazil before the Olympics to see some of these kids who had bad habits.

“I had to step in there but my wife says ‘Marvin, what are you doing?’. However it gets into your blood and you get carried away.

“The coach (at the gym) says I am not going to stop you going in there.

“It is important to catch them when they are young. It was exciting and they responded.”