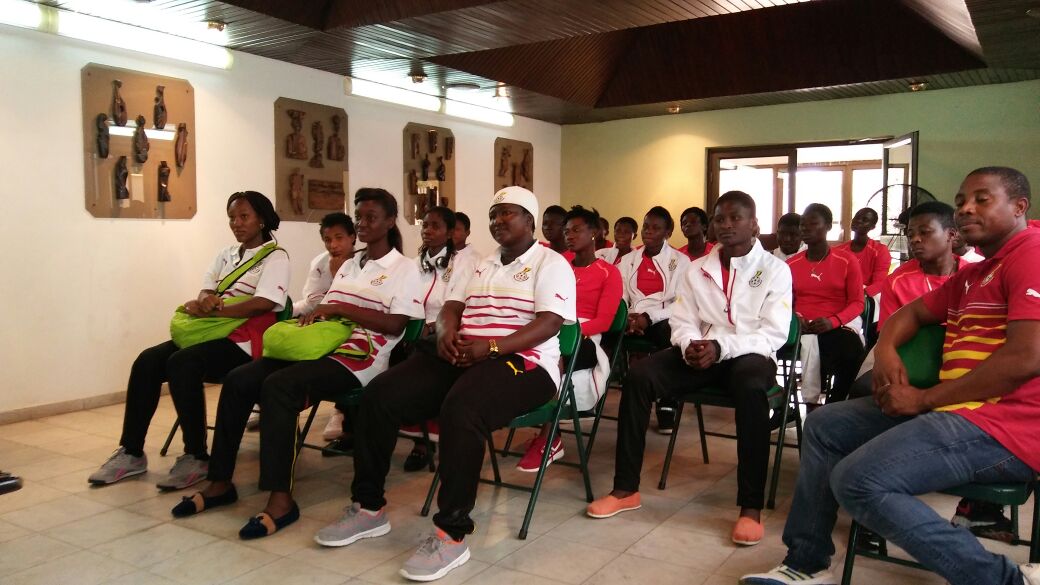 The Black Maidens arrived Saturday after their impressive campaign at the 2016 FIFA Women’s World Cup finals where they suffered a heartbreak 1-2 loss against Korea DPR at the quarter-finalists.

The team narrowly missed out on a semi-final slot after conceding an injury-time goal to lose 1-2 to the Koreans.

”You raised the flag of Ghana high at the tournament … it was just unfortunate … we lost, with just (a) few minutes to the end of the game against Korea,’’ said Eyison.

”On behalf of the president of the association, I would like to welcome you back home, … I believe … you will continue to progress to the other national teams, and make our nation proud.”

The Black Maidens lost their opening Group match 5-0 to Japan but recovered to beat the USA 2-1 and defeated Paraguay 1-0 in their last group match to reach the last eight.