José Mourinho has said there is a “demand” on Jürgen Klopp to win a first trophy at Liverpool next season because of the club’s high level of investment. 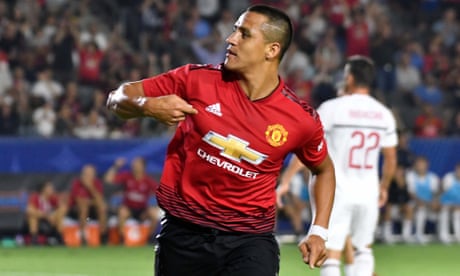 Liverpool have been the transfer window’s biggest spenders, recruiting Alisson for £67m, Fabinho (£43.7m), Xherdan Shaqiri (£13m) and Naby Keïta for around £52m. They also spent £75m on Virgil van Dijk in January.

Klopp, who has been at Anfield for nearly three years, had previously stated he was against paying high fees for players and the Manchester Unitedmanager referenced this.

“The problem is you have to invest well and, honestly, I think they did very well because every player they bought are quality players and I’m happy for them,” he said. “And I’m also happy to smile and to see that you can change your opinion and change as a person, is funny [meaning Klopp].

“That’s OK. But maybe this season finally you demand they win. Now you have to demand and say the team – with the investments you are making last season and you make now, that will probably be the record of the Premier League this season, a team that was a finalist in the Champions League – you have to say you are a big candidate, you have to win.”

Mourinho also said he knew of Anthony Martial’s decision to return home for the birth of his child earlier this week. “When it is personal reasons, everyone analyses the way he thinks is the correct way,” Mourinho said. 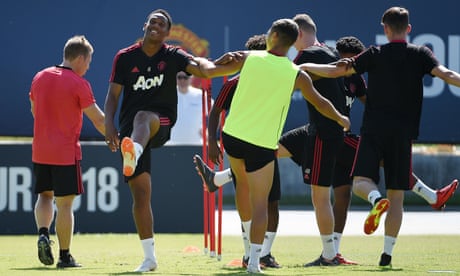 Mourinho also confirmed the defender Matteo Darmian wants to leave United. “Matteo wants to leave and when a player wants to leave, if the right offer arrives, you have to try to be human and let the player follow his instinct but not at any price,” he said, before discussing his lack of options at right-back.

“So if Matteo leaves he leaves because the right offer arrives and if he stays, he can be important for us.”