When Bernard Hopkins was a boy of 17, he was sent to an adult prison on the outskirts of Philadelphia, and that was when he started acting crazy and fighting to survive.

There is now a 60-foot mural of Hopkins in the gym at Graterford penitentiary, which is one reminder of his passage through its lethal halls.

Inside the prison’s housing blocks still live many of the men who helped the juvenile fighter when he arrived.

Hopkins went to prison right in the middle of the crack wars, a potent epidemic that decimated the heart and soul of his city, and the men he met, many not much older than him, were often lifers. It’s possible one of them was the man that shot and killed his brother.

Some of the prisoners had boxed on the outside in lost lives and had set-up a boxing club inside the granite walls of the deathless Graterford.

Hopkins joined the prison’s boxing programme, quickly becoming the star pupil and state champion. Pictures of a teenage Hopkins, framed and secured to the wall still hang in the offices of the men that run the gym. The boxing programme, like its most famous member, is long gone.

“In here,” Hopkins told me a decade ago during a carefully planned tour. “I had to change from a sheep to a wolf.

“I was put here to be a sheep, I was surrounded by wolves, and to survive, I had to fight.”

The men that shaped his boxing style were prison sages, wise in boxing years; they taught Hopkins the old ways of the ring, the skills of survival and his record before Saturday night was a glorious endorsement of their ancient ways: 34 world title fights, 66 fights, 28-years as a professional and not one stoppage loss.

That was all before Saturday night.

On Saturday night, Hopkins, now 51, had to fight to survive once again when he returned to the boxing ring after two years away to fulfil some type of stupid, personal and unnecessary mission.

Hopkins has a wonderful life, the life he deserves from a glittering ring career and his decision to end his retirement was disappointing.

On Saturday night at the Forum in Los Angeles, Hopkins, flanked by two topless men wielding plastic axes, stepped through the ropes for his final fight.

“This is the last one,” Hopkins insisted when he agreed to end his exile.

There was a lot of smiling and laughing at ringside, all far too happy for the serious end of the business.

The man carefully selected as the end-sacrifice in the remarkable life and fighting times of Bernard Hopkins was a nice kid from New York called Joe Smith.

Now, Smith, who had lost just once in 23 fights, looked like the dream selection for the emotional goodbye of a fighting icon; Smith is a bit crude in the ring, predictable and his record contains enough known fighters to make him dangerous enough and a respectable sacrifice.

Nobody accused Bernard of picking a bum for his exit fight – at the same time, nobody thought Smith would be a real problem. 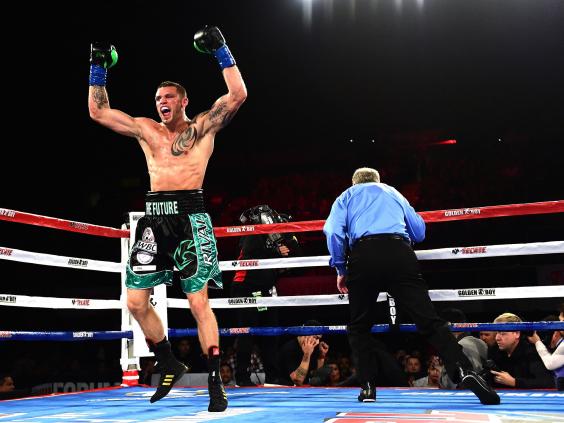 Smith looked like he fully understood his role during the week of the fight and had awe and respect on his face in the company of Hopkins.

Hopkins joked his way through an endless stream of kindly interviews and there was not one mention of the potential menace the younger man posed. In the ring, Hopkins was far too calm as he bid farewell to his axe wielding buddies and stripped to fight.

It all came to a shocking and painful end for Hopkins in round eight when Smith sent the veteran tumbling head-first through the ropes. Hopkins had fiddled, mauled and got through the previous rounds, but there was always a slightly desperate edge to his ring craft; it was age and time robbing Hopkins of the farewell he thought he had choreographed so beautifully. 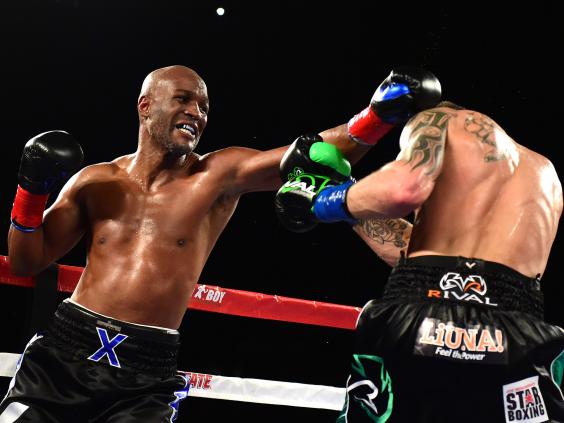 The final left lifted Hopkins off his feet and helped him on his way to the floor at ringside.

Hopkins failed to get back in the ring inside the allotted 20 seconds and too many concerned people crowded round, helping him and hindering him.

Hopkins hurt his ankle, claimed he was pushed – he was not – and tried one last career moan before it was called off.

It was an ugly finish for any fighter and a bruised and confused Hopkins sounded far more upset than I have ever heard him.

It really is all over now and perhaps, in one final dumb folly, he will have persuaded enough old men to forget forever any warped notion that their bodies are capable of going where their mouths so easily tread.