I know how to beat Claressa Shields – Savannah Marshall

The 27 year old ‘Silent Assassin’ remains the only boxer to have inflicted a ring defeat on US golden girl Claressa Shields – current custodian of all four major world middleweight belts – in the dual Olympic champion’s 87 bout career.

Miss Marshall mastered the Michigan maestro by 14-8 on the computer in the second series of bouts in Quihuangdao, China, en route to cementing her status as Britain’s first ever female world amateur champion in 2012. 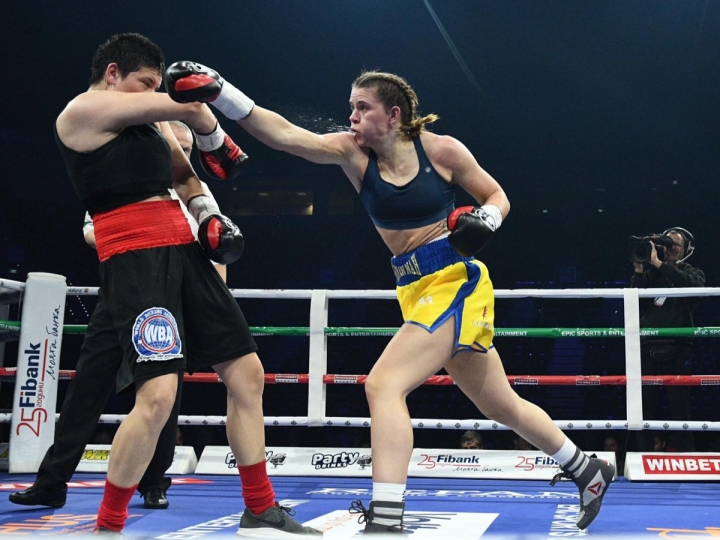 And shy girl Savannah is adamant that she will repeat the trick when the pair inevitably collide for a far bigger bounty in the paid brigade.

‘So far, I’m the only one in the world who knows the secret to beating her. Obviously, I’m not going to disclose what it is,’ states the softly-spoken north-easterner who also bagged silver and bronze gongs at the World meets in Barbados (2010) and Kazakhstan (2016).

‘It was under the old scoring system, a point for a (connecting) punch, and I beat her very clearly. Claressa has offered many different recollections of the fight. Whatever. I beat her.  We’ve both improved considerably since.

‘She went on to win double Olympic gold (London 2012 and Rio 2016) and I didn’t even medal so I know I’ll enter a big underdog but, if and when the rematch happens, I know I can win again.  I’m very confident in my ability. I don’t need anyone else to tell me what I’m capable of, or not.  I know myself.’

The 5ft 11 1/2in Durham dynamo first laced up at 12 simply to keep fit but, in addition to her hat-trick of World Championship medals, she topped the rostrum at the 2010 European Unions and 2014 Commonwealth Games and lifted a barrow load of medals at prestigious multi-nation meets during an eight year stint on the Team GB set up in Sheffield.

A dual Olympian, she concluded her amateur life with a mightily impressive 103-15 CV.

And since announcing herself to the profession with a classy four round decision win on the Mayweather-McGregor mega match in Las Vegas in August 2017, meek Marshall has racked up five straight wins and bagged the WBA Inter-Continental strap last October with a polished 10 round pummelling of Argentina’s previously undefeated Yanina Orozco in Sofia, Bulgaria.

Stylish and savage in equal measure, three of her victims failed to make it past round two.

‘Being at the top end of woman’s weights, sets me aside from the other British girls,’ states sensible Savannah who holds 12 GCSEs plus a BTEC (with distinction) in Sport.

‘All the big girls can punch hard. I’ve always been told I’m heavy handed but Peter (Fury her trainer and manager) has added EXPLOSIVE power…….and I do enjoy delivering a chilling knockout!’

Since hammering Hungary’s Klaudia Vigh in two at Manchester’s Victoria Warehouse six months ago, fight student Marshall has been working hard in the gym with trainer Peter Fury.

She explains: ‘I’ve been in the gym all year building on my game, improving my strength and all-round technique with Peter at the Salford ABC gym. There’s just myself and Hughie (Fury, Peter’s son and world heavyweight contender) in camp at the moment and it’s a very chilled environment. If I offer an opinion, I know it’ll be listened to.’

On Saturday week she returns to The Vic for her first start of 2019, a year she believes will conclude with her on the cusp of world title contention.

‘I’ll be looking to put everything I’ve learned over the last six months into action; settle into the fight quickly and produce a good all-round display,’ predicts Marshall.

‘I just need to keep active, be involved in more 10 rounders and acquire the experience of fighting before thousands on big shows. By the end of this year, I’d hope to be 10 and 0 and knocking on the door for a world title, either at super-middle, or at middle against Claressa.

‘I intend unifying the world titles at both weights, no particular order, then walking away from boxing with my head held high, no regrets.’