I want a crazy street fight with Brook – Golovkin

And he said he has no plans to slow up, claiming he prefers to fight in an exciting style.“I’m ready for 12 rounds,” he told iFL TV on Monday (Sep 5). 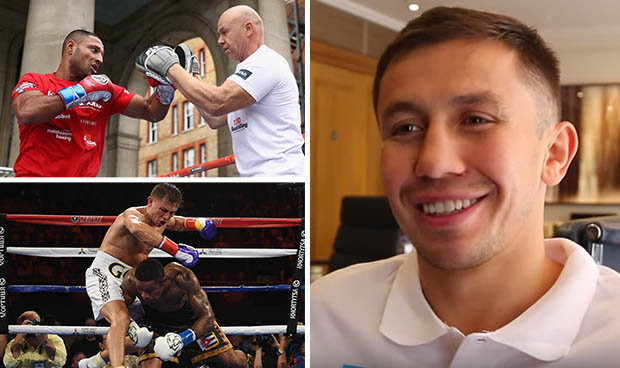 GO-TIME: Golovkin has said he is hoping for a ‘crazy fight’ on Saturday
“But I’m also ready for a street fight. I like a crazy fight. I like street fights.”Sheffield-born underdog Kell Brook goes into the fight as a 5/1 rank outsider, despite boasting a similarly impressive 36-0 professional record.

The 30-year-old has won 25 of his fights by knockout, but he will have his work cut out against “GGG” – an imposing opponent with the incredible boast of having never been knocked down or knocked out in a total of 375 career fights. 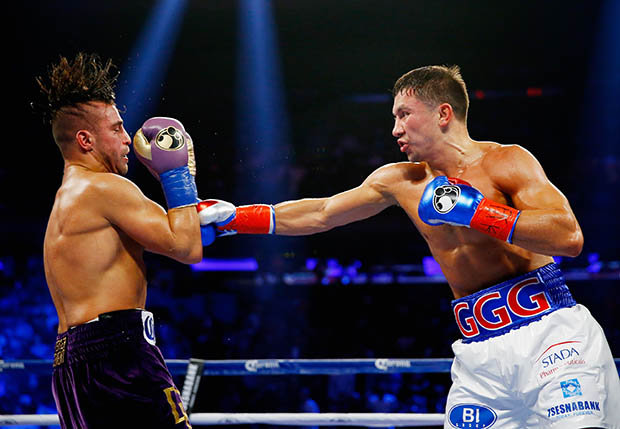 POWER PUNCHER: Golovkin has recorded an incredible 28 consecutive stoppages
Brook, who usually fights as a welterweight, has made a 13 pound leap up to the middleweight class in order to fight Golovkin, leading many to cast doubt on whether he can compete at the new level.”I have been sparring with big guys,” Brook said after his public workout in Covent Garden today.
“They are leaning on me. I’ve been keeping the extra strength and my speed. I can’t wait to test that [against Golovkin] – the new and improved me at 160 [lbs].”I’m not drained, I’m so ready to perform. I’ve never felt the way I feel right now. I’m ready to go.”

An unlikely victory for Special K at London’s O2 Arena would rank among the greatest ever achievements by a British boxer, with some even claiming it could eclipse the points win by Randy Turpin over the legendary Sugar Ray Robinson in 1951.