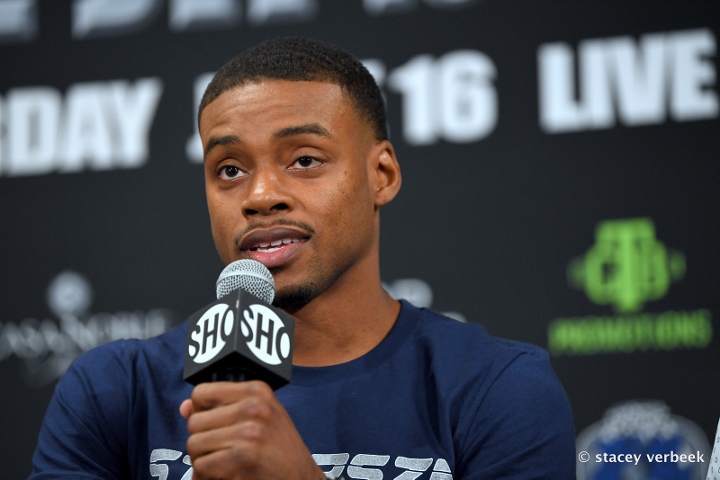 For, it’s the most high profile fight of his career on a world scene level.

Back in May of 2017, Spence made his presence felt when he travelled over to Sheffield and knocked out Kell Brook at Bramhall Lane in 11 rounds to capture the IBF strap. Spence had no problems dealing with a crowd of 27,000 Brook fans.

On March 16th, there will be plenty of fans for both boxers when Spence collides with Garcia.

The contest takes place at AT&T Stadium in Texas.

Garcia is moving up by two weight classes for the fight. He currently holds the WBC lightweight world title, and now he’s heading up by twelve pounds to challenge one of the most respected fighters in the sport.

Garcia has captured belts at featherweight, super featherweight, lightweight and even won a title at junior welterweight. He defeated both Adrien Broner and Sergey Lipinets at 140-pounds before heading back to 135.

Spence is not looking to leave anything to chance. He wants put on a boxing clinic and finish Garcia off within the distance.

While Spence is a huge favourite to win the contest, Garcia has a higher ranking on most pound-for-pound lists.

“I can’t wait for March 16th. It doesn’t get bigger than this,” said Spence.

“Fighting at AT&T Stadium in my hometown is a dream come true. If I beat Mikey Garcia the way I plan on beating him, I will be the guy in the sport.

“This is my year and Mikey isn’t going to stop me. I am training like this is the biggest fight of my life and I want to put on a great show for the fans and win convincingly.”