I’ll Be King of The Division – Jacobs 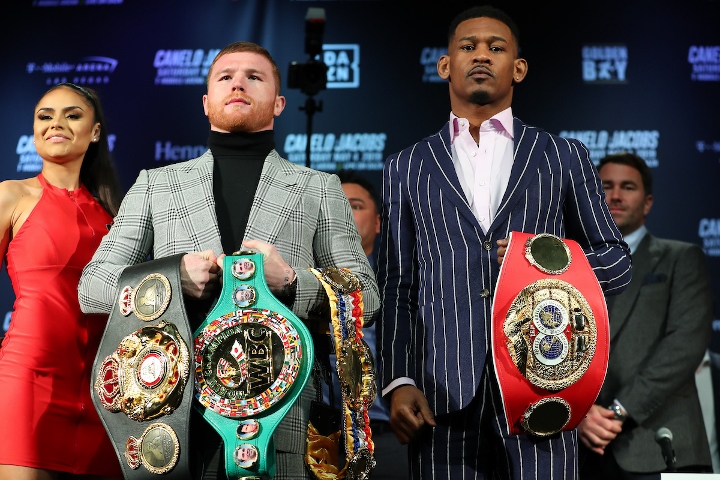 Daniel Jacobs is expecting to become the king of the middleweights in two months.

On May 4th, Jacobs will stake his IBF world title against Mexican superstar, Canelo Alvarez, who holds the WBC, WBA middleweight belts. The World Boxing Council will also stake in a special “Mayan belt” for the winner.

The contest takes place at the T-Mobile Arena in Las Vegas.

Jacobs has been asking to face Canelo for a very long time.

He finally got his chance when both fighters signed up for multi-fight deals with streaming service DAZN.

“This fight means everything to me because of the opponent in front of me, a fighter who presents a challenge. And I have to thank him for the opportunity of this fight, and now it is up to us to prepare ourselves in the best way possible to give a great fight in the ring. By any means possible, the public is going to get a great fight,” said Jacobs.

“I promise to give everything of myself and I guarantee that I will not only be champion – but the king of the whole division.”

Eddy Reynoso, the head trainer of Canelo, feels confident that his boxer will not only beat Jacobs – but will move forward to unify the entire weight division.

“This is what we wanted. We wanted big fights to leave a big footprint in the history of boxing. It appeared impossible at first. Based on hard work and discipline, we grew little by little-he as a fighter and we as trainers,” Reynoso said.

“Now the only thing left is to prepare day by day in boxing. We have a big fight, and I want Canelo to be the first-ever Mexican fighter to unify all the titles in a division. No one has ever done that, but Saul will.”