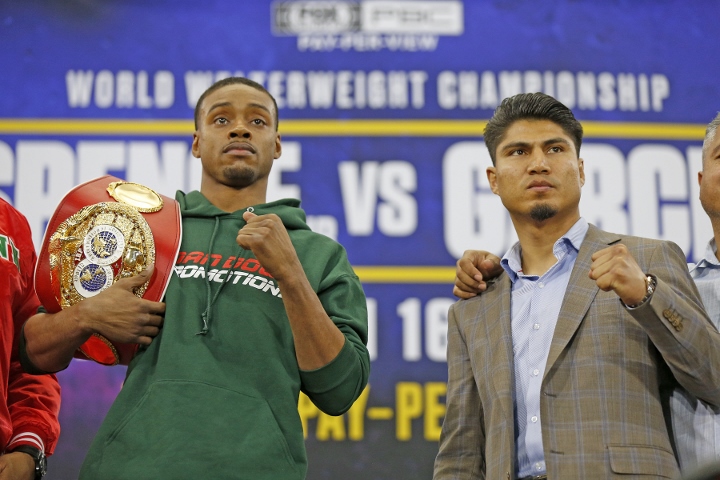 On Saturday, they will collide in the ring, in the main event of a Fox Sports Pay-Per-View from AT&T Stadium in Arlington, Texas.

Garcia, who is currently the WBC world champion at 135-pounds, is moving up by two full weight division to challenge Spence at 147-pounds.

Much has been made about the size difference. Spence is obviously the much bigger man, and many experts believe his size and power will be the key factors in the outcome.

Spence is discounting all of the discussion that size will make the difference in the fight. He believes his skill and talent will led him to a very dominant victory.

“The size difference won’t matter. Skill for skill and talent for talent, I’m more dominant than him in every aspect. I’ll beat him at anything he wants to do. On paper he’s the toughest opponent to date, but once we get in the ring we’ll find out,” Spence said.

Spence has often stated that winning is not enough for this fight. He wants to punish Garcia, round after round, on pace to a knockout victory.

When Garcia first called for this fight, his brother and head trainer, Robert Garcia, had advised him to go in another direction. Spence wants to remind Mikey why his brother made attempts to persuade him to remain in a lower weight class.

“I know I’m the best fighter in the world and I’m going to show it Saturday night. I’m going to punish him and make him wish he took his brother’s advice to not take this fight,” Spence said.