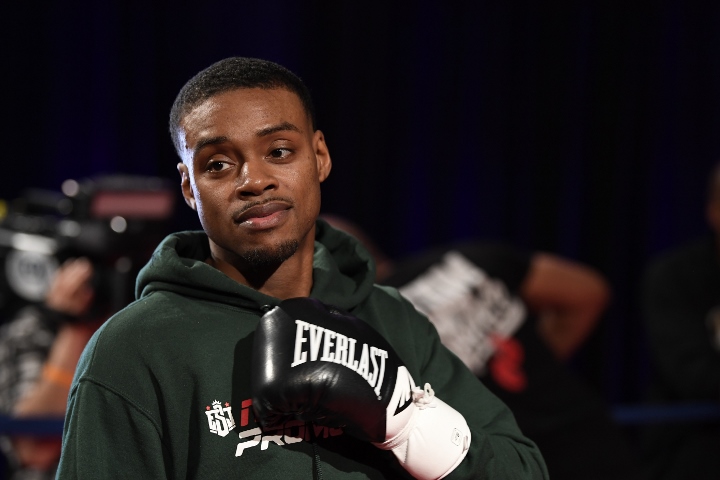 For the highly-anticipated bout, broadcast live from AT&T Stadium in Arlington, TX, Garcia will move up to try and capture a title in a fifth-weight class against Spence.

Spence (24-0, 21 KOs) is no stranger to big stadium events, as he won the IBF title by traveling to England to take on then-champion Kell on May 27, 2017. In front of a raucous crowd of over 27,000 loyal Brook supporters, the 28-year-old Spence stopped Brook in round 11 to wrest away the title.

This will be Spence’s third defense of the title. After beating Brook, he successfully defended it with an eighth-round stoppage of two-division champion Lamont Peterson and then knocked out mandatory challenger Carlos Ocampo in the first round in his last fight at The Ford Center at The Star in Frisco, Tex., near his hometown of Desoto, Tex. on June 16.

He was mobbed by fans at Tuesday’s grand arrival in the city.

“It means a lot to have all these fans out here today supporting me. This is where I started. This is where my heart is. I’m going to give everyone a great show on Saturday,” Spence said.

Garcia (39-0, 30 KOs) is striving to put together a legendary career and is aggressively pursuing that goal. He has won world championships at featherweight, junior lightweight, lightweight and junior welterweight. He now eyes a welterweight title against the consensus class of the division in Spence. Fighting out of Moreno Valley, Calif., Garcia unified the IBF and WBC lightweight world championships in his last bout by scoring unanimous decision victory over Robert Easter, Jr. on July 28.

For Spence, it’s the biggest fight of his career and the biggest stage as the main event on Fox Sports Pay-Per-View.

“I’m making sure that I don’t get caught up in the moment. I’ll do think about the moment after the fight and celebrate with my people. I’m tunnel vision on Saturday night and I can’t wait. My motto is ‘Man Down’ and I’m here to again show everyone why I’m the best,” Spence said.