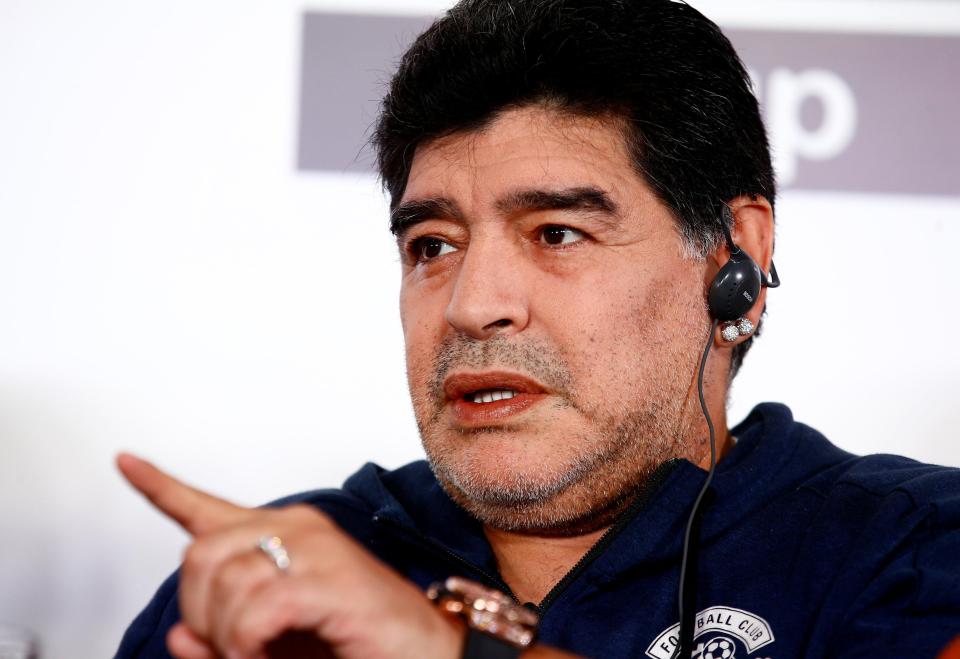 DIEGO MARADONA has admitted he is ashamed of the way Argentina performed at the World Cup.

National hero Maradona was one of the country’s most passionate supporters during their matches at Russia 2018.

His madcap antics in stadiums showed his passion for Argentina success is still burning strong – even leading to him being hospitalised for a blood pressure problem.

But the South Americans crashed out of the tournament in the first knock-out round when they were beaten by eventual world champions France.
And Maradona, 57, claims the way the Jorge Sampaoli’s side performed had hit him hard.

He said: “I was ashamed.

“It was very sad seeing the Argentina team’s aimless wandering.”

Argentina’s campaign was one of shocking performances blighted by in-fighting within the squad and management team.

Sampaoli was effectively removed from his position by a player coup, led by Lionel Messi and Javier Mascherano, during the middle of the tournament.

But Maradona has leapt to the defence of star man Messi, who at times looked as though he was struggling to cope with pressure of having to deliver for the country.

BOLT FROM THE BLUE

EDEN FOR THE EXIT

Chelsea will let Hazard join Real Madrid.. but only if they get £200m

Maradona added: “Today, Messi is fighting his footballer’s heart because he doesn’t have anyone to pass the football to.

The overall tournament in Russia has been widely heralded as one of the best World Cups ever but Maradona, who was speaking as he was unveiled as the new chairman of Belarus side Dinamo Brest, claims he was not impressed by anything he saw.

He said: “Not one team surprised us at the World Cup.

“I didn’t see one strategic move. You can see this every Sunday when you watch your club playing.