I’m in it to win the Masters – Tiger Woods

Tiger Woods described himself “a walking miracle” as he prepared to return to major championship action at the Masters. Next week will mark the former world No 1’s first appearance at Augusta National since 2015.

Wood has suffered persistent back troubles, which culminated recently in fusion surgery. “I got a second chance on life, I am a walking miracle,” he said.

Woods has the same aspiration as always at what he called “the best-run tournament in the world”. The 14-times major champion added: “I’m just there to win.”

Ian Poulter’s hopes of joining Woods in the Masters field received a huge boost as the Englishman hit a second-round 64 at the Houston Open. Poulter’s opening score of 73 had left him 124th in the field.

“Are you going to pack your suitcase, throw it in your car and go home or go out there and play?” Poulter said. “I rolled a few putts in and moved up the leaderboard. 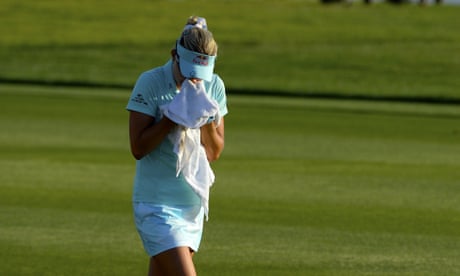 “I actually played all right yesterday. That’s why I was so angry, because I wasn’t that bad and wanted to give myself a chance.”

Shane Lowry’s consecutive 68s leave him eight under and a shot ahead of Poulter. The Irishman is also chasing the Houston win that would earn him the last available Masters berth. “I have a flight booked home to Ireland next Friday and if I have to change that, it’s a good problem,” Lowry said. “I’m a long way from thinking about that just now. Hopefully I can get myself right there on Sunday afternoon, then it’s something to think about.

“ I have played the last three Masters so to not be there would be disappointing but I badly need a good week on this tour. I’ve got off to a good start here and I’m happy.”