It is a match that – on the surface at least – is just one of 48 at this rain-splattered Cricket World Cup.

Yet when India and Pakistan face off in Manchester on Sunday, the sporting contest will be magnified and warped by so much else: the 70-plus years of shared history and antipathy between the two countries, the recent political tensions in Kashmir, and the stultifying pressure that comes when several hundred million eyeballs are watching on.

Few sporting contests carry as much baggage – or interest.

Organisers are hoping that close to a billion people will be watching, with a Cricket World Cup source telling the Guardian that it will have “the biggest reach of any cricket match in history when you take into account people viewing it on digital”.

Those lucky enough to be at Old Trafford have the sporting equivalent of one of Willy Wonka’s golden tickets – given that 800,000 fans applied for tickets for the 26,000 capacity ground.

Munir Khan, a 29-year-old sports teacher from Chorlton, says he could not believe his luck when his application was successful.

Organisers expect Indian fans to make up 65% of the crowd, with Pakistan supporters another 20% and neutrals the rest. Significant extra security will also be on hand. However Khan does not expect any trouble.

“I was there the last time the two countries played in the Champions Trophy in 2017 and the atmosphere was fine,” he says.

“At one point there was even a dance competition between India and Pakistan fans. Of course the political situation isn’t great, but cricket brings everyone together.”

That maybe overly optimistic. When Pakistan lost to India at the 1996 World Cup, for instance, the house of their captain Wasim Akram was stoned by angry fans. And some supporters have always – to bastardise Clausewitz’s famous aphorism – regarded the match as a continuation of war by other means.

Sunday’s game also comes amid a backdrop of tensions between the two countries following the death of 42 Indian soldiers in a suicide attack by the Pakistan-based militant group Jaish-e-Muhammad in February.

As the two countries went to the brink of conflict, the Indian cricket board called for Pakistan to be expelled from the World Cup – while India’s players also caused controversy in March when they wore army camouflage caps against Australia in support of their troops. 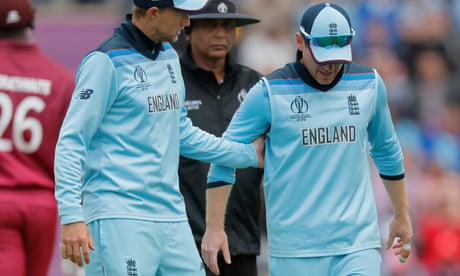 In the past month, meanwhile, TV adverts from each country have poked fun at the other. Star TV has featured an Indian supporter calling himself Pakistan’s abbu (father), referring to India’s dominance over their rivals.

The Pakistan mobile company Jazz retaliated by releasing an advert that parodies an Indian airman who was captured by the Pakistani military in February.

A rare voice of sense came from the Indian tennis player Sania Mirza, who is married to former Pakistan captain Shoaib Malik.

She tweeted complaining about the “cringeworthy” ads before adding: “It’s only cricket for God sake, and if you think it’s any more than that then get a grip or get a life.”

So how did we get here? According to the Indian historian Kausik Bandyopadhyay, the rivalry provides a “striking case study to see how a political conflict between two states has saturated the mass psyche to such an extent, that political hostilities are not only played on the Line of Control [in Kashmir] but also on the cricket field.

“For the millions of India and Pakistan, cricket has become the ultimate test of patriotic zeal and loyalty. On and off the pitches, cricket fans vent their passions against the enemy country – the ‘other’ – in forms that range from the funny to the grotesque.”

The rarity of the occasion only magnifies the hype and importance of every match – the last time India and Pakistan played a Test series was back in 2008.

However Sharda Ugra, an Indian journalist who is a senior editor at ESPN Cricinfo, says the animosity has not filtered down to the players.

“The actual relations between the Indian and Pakistani players is fairly cordial,” she says.

“They have become much more careful about how they behave on the field because of all the other things that come with it. Politicians in both countries use cricket for as a currency to stir animosities and hatred. But I do feel the players have an empathy for each other for being in this kind of soup.”

That does not mean both sides will not be desperate to win, of course, with Pakistan needing a victory to keep their tournament hopes alive and India not wanting to lose their perfect record of six World Cup victories out of six against their bitterest rivals.

“You don’t want to be the first Indian team to lose against Pakistan at the World Cup,” says Ugra.