Ireland prepare for Scotland in rugby

It could be over by Saturday evening. Ireland, indeed, could all but slam the door on anyone else’s chances of the title by mid-afternoon.

Since then, they have built steadily, unveiling something new with each round, so that they now stand on the edge of supremacy. Their two most formidable challenges await, but if Ireland deal with the first with sufficient authority, only the small matter of a third grand slam in their history will trouble them come the final round. 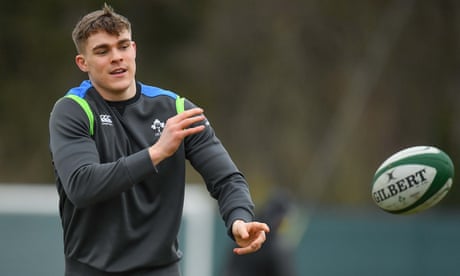 Scotland, visitors to Dublin on Saturday, have their own ambitions to sate. They remain in the hunt for the title themselves, but they will have to find the emotional maturity to follow up the euphoria of the win over England with a rarity. The last time they won a championship away day elsewhere than Rome was in Dublin, as it happens, in 2010 – albeit on the other side of the Liffey at Croke Park.

It is not only the English and Scottish hoping against hope for a repeat. A Scotland victory would transform at a stroke the now-customary “Super Saturday” of the final round into something approaching a sequence worthy of the name.

Either way, Scotland’s most recent triumph at Murrayfield has elevated this fixture as the game of the round for the connoisseur. It is No 3  playing No 5 in world-rankings terms, but the shifting dynamics in the form and fortunes of these two are every bit as compelling.

Scotland are confident enough to resist the recall of a handful of fit-again players who might have been deemed indispensable not so long ago. Alex Dunbar and Richie Gray do not even make the 23, while Fraser Brown and WP Nel are held to bench duty. The only change is to introduce the 21-year-old Blair Kinghorn on the right wing for the injured Tommy Seymour. Kinghorn is a rangy full-back for whom great things are hoped.

The front row has been identified as their crisis area this championship, such has been the injury list in that department, but the form of Simon Berghan and Stuart McInally in particular has been so impressive they remain in situ. That said, they are likely to be exposed to their most intense test yet in Dublin. Tadhg Furlong returns after just the one match out to bolster an Irish front row that has looked the pick of the championship so far.

No doubt Scotland will be aiming wider as they search for Irish weaknesses. It is scarcely a secret they are most dangerous when sending Huw Jones and Stuart Hogg on their sallies through the outside-centre channel, where Ireland happen to be suffering a mini-crisis of their own, with Robbie Henshaw, Chris Farrell and Jared Payne hors de combat.

So they have rushed back Garry Ringrose. Joe Schmidt was questioned at the team announcement on Ringrose’s fitness. He spoke more in hope than expectation, Ringrose having played just the one game for Leinster since his return from an ankle injury suffered in January and only six this season overall.

Both team’s campaigns have been similar, unconvincing away days in the opening round (or mortifying in Scotland’s case) followed by layer upon layer of improvement as they have retrenched at their respective homes.

Ireland might be perceived as further along their curve, having yet to suffer the indignity of defeat. Indeed, the manner in which they avoided it in Paris might almost be submitted as exhibit A of their case to be rated a champion team. Since that remarkable display of nerve and skill, the fixture list has allowed them to develop an attacking dimension to their game that was singularly lacking in Paris with two home games of escalating difficulty.

If there is a department they have yet to convince in, it is defence, conceding three tries in each of those home fixtures. Questionable defence is not a failing to take lightly against this Scotland team, but it would not surprise if they chose this third consecutive home fixture to add that dimension to their game. Keep showing the attacking verve, and Ireland could well have the title sewn up a round early.