The Isaac Dogboe comeback is in motion.

Dogboe (21-2, 15 KOs) had not fought in more than a year, but he shook off the ring rust in short order, using a steady body attack to break down the two-time world title challenger. 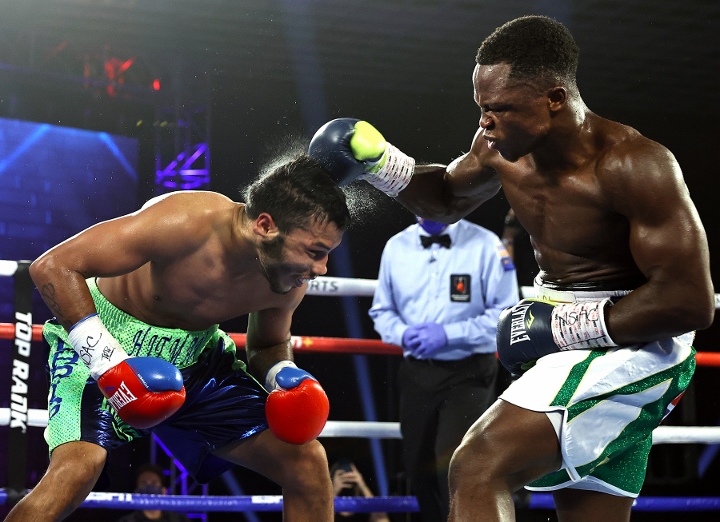 A pair of overhand rights sent a dazed Moon to the canvas, and referee Kenny Bayless had seen enough. 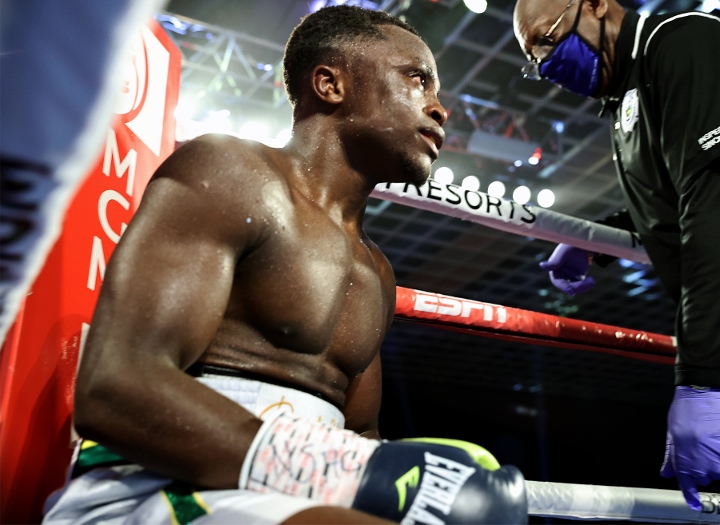 ESPY winner Kim Clavel (12-0, 2 KOs) was victorious in her ESPN debut, as she defeated the previously undefeated Natalie Gonzalez (6-1, 1 KO) by unanimous decision (80-72 3x) in a light flyweight bout.

Clavel made a triumphant return to the ring, as she worked as a nurse in Montreal elder care facilities on the front lines of the battle against COVID-19.

Her contributions earned her the 2020 Pat Tillman Award for Service last month at the ESPYs. 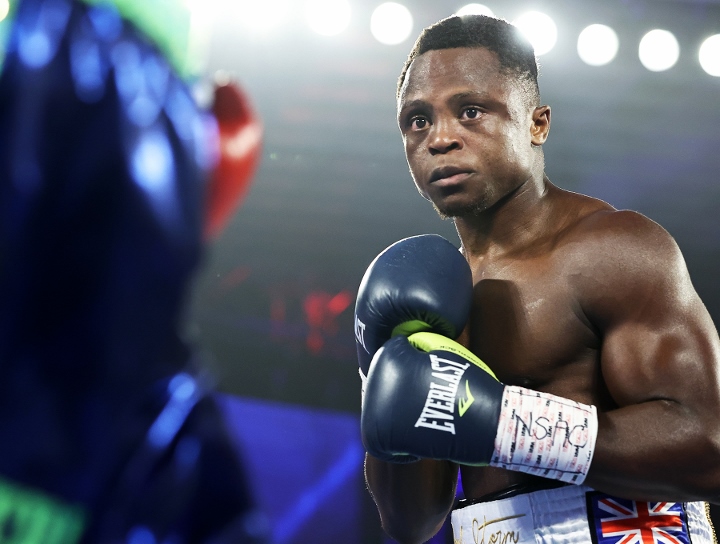 Rodriguez has won six straight by knockout since a technical draw in his third pro fight. 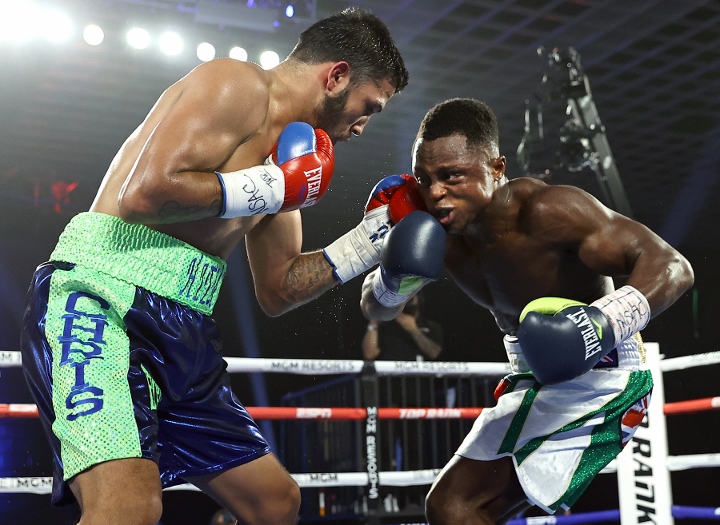 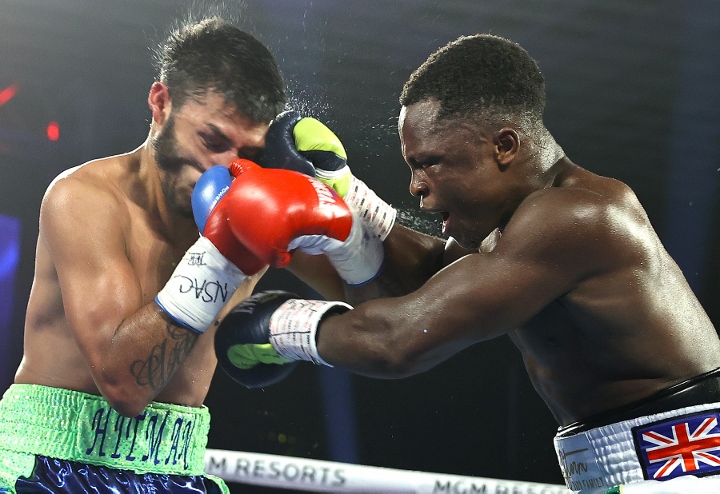 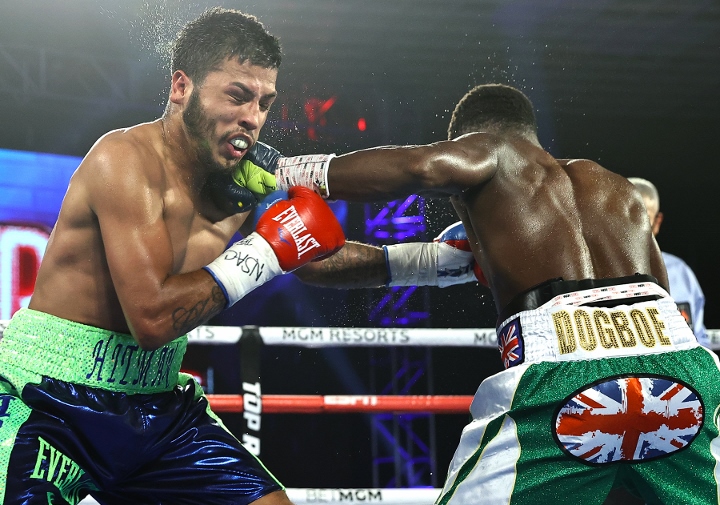 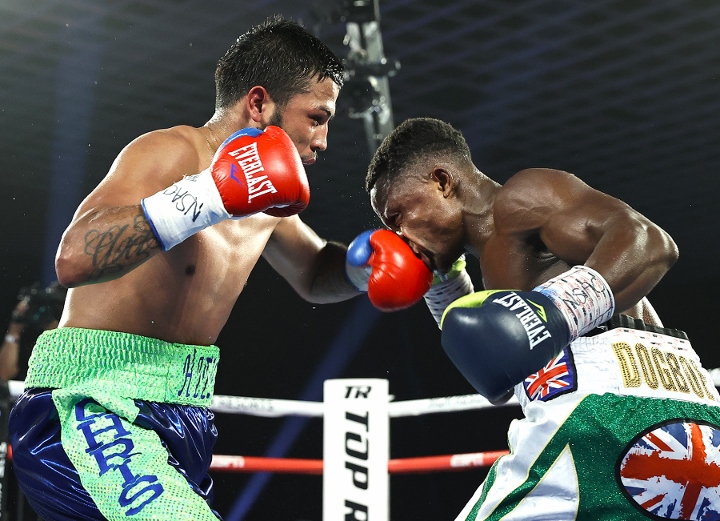 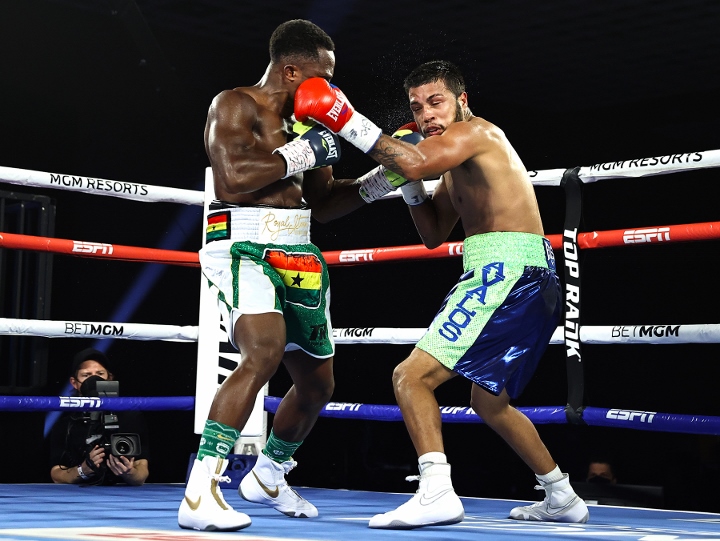 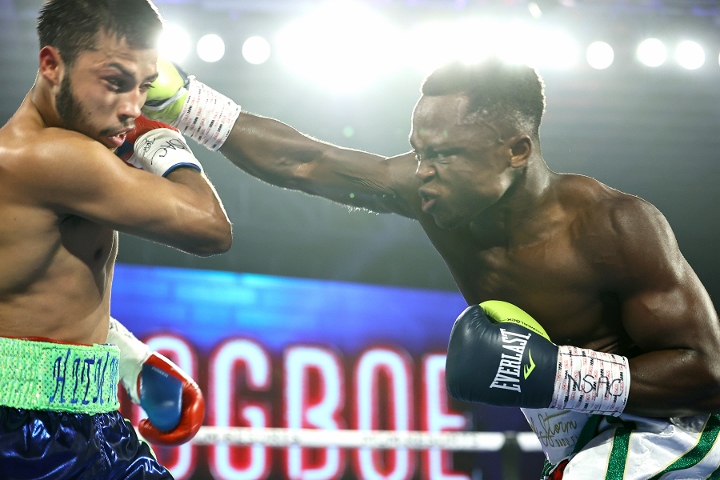 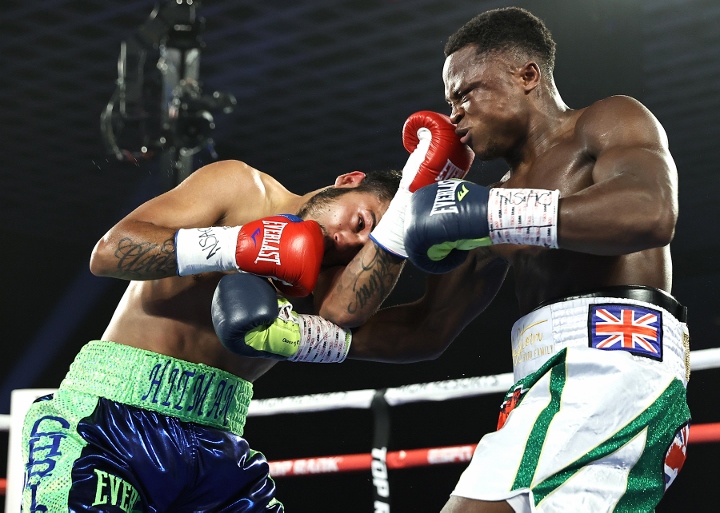 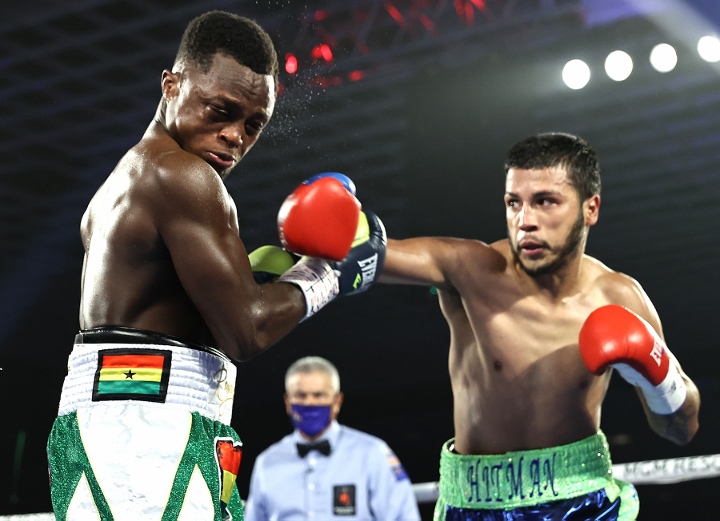 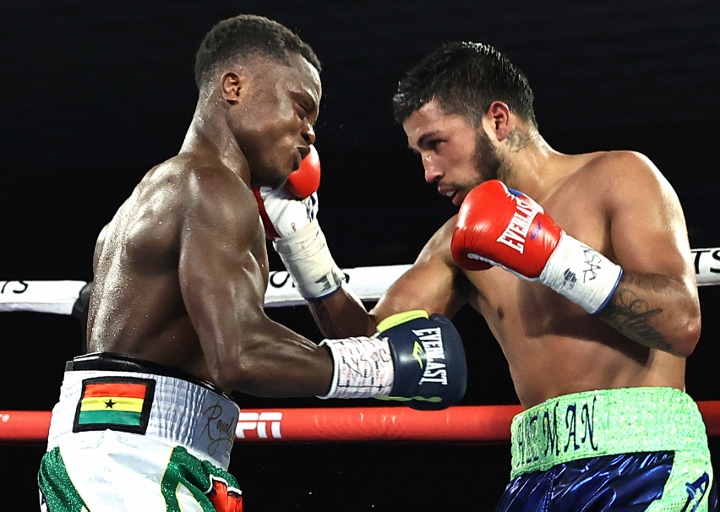 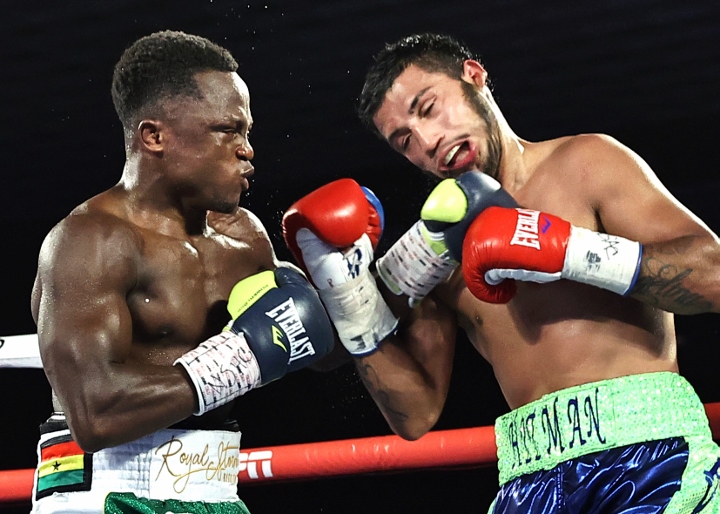 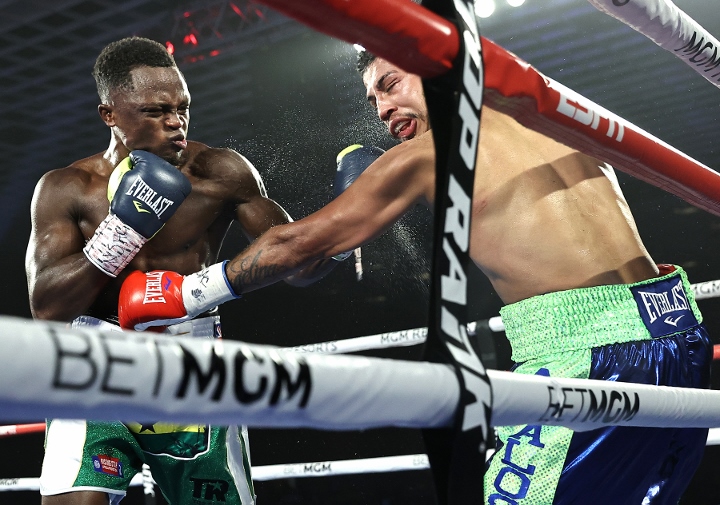 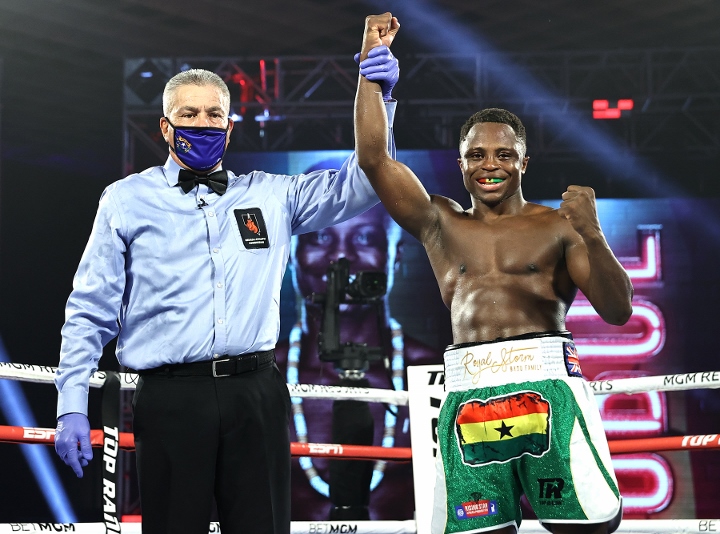 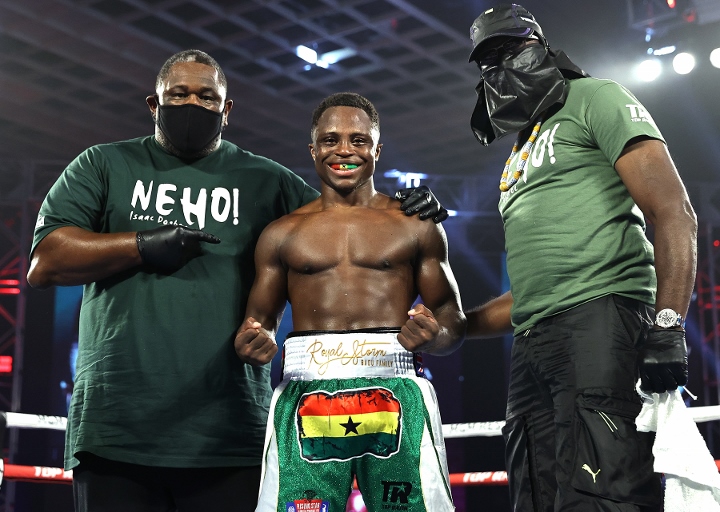 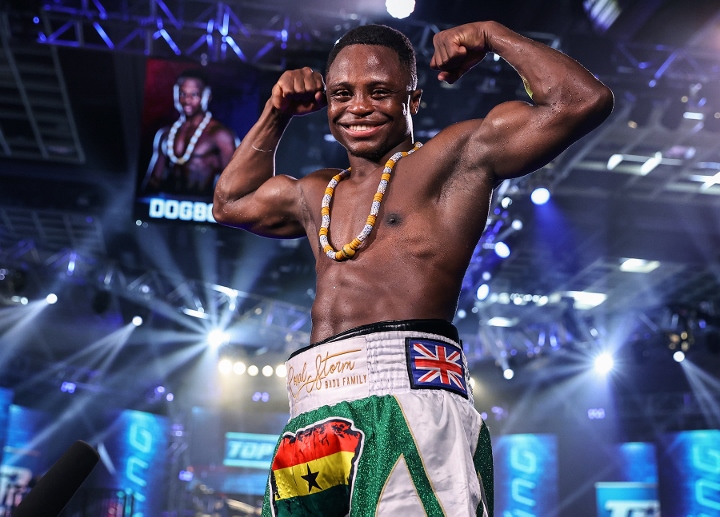