Meanwhile, the World Boxing Council conducts an investigation procedure in connection with the report of the Voluntary Anti-Doping Association (VADA), which informed that agency that an “A-sample” collected on January 10, gave an adverse finding for banned steroid Stanozolol, which is strictly prohibited under the WBC’s Clean Boxing Program. 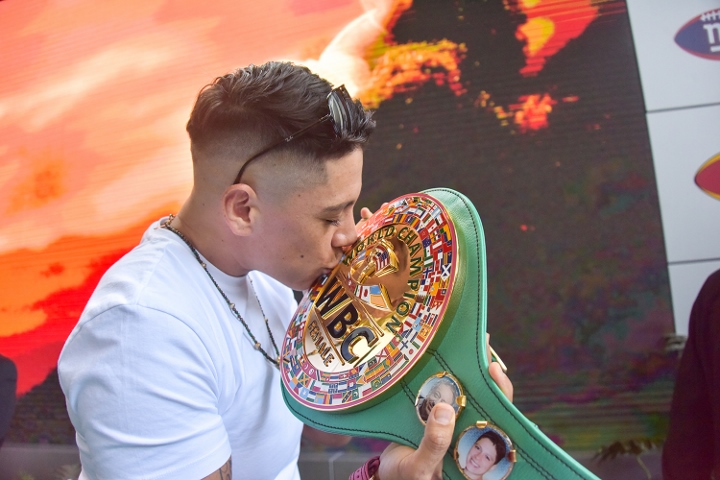 When Jiménez requested the opening of the “B-sample,” the sanctioning head indicated that, as is usual in similar situations, “the WBC will provide additional information, as the investigation and adjudication process progresses.”

He explained that, with this procedure, with the analysis of the B-sample, it can be “credibly proven that it was an error.”

“In the WBC, the fight against doping has no limits, but justice is somewhat parallel; The athlete must be given the opportunity to prove his case and a thorough investigation is made. Each case is different, we are with justice and maintain (the state of affairs) until the whole procedure of the case is done,” Sulaiman said.

Jimenez explained that since 2019 she has decided to belong to the WBC’s Clean Boxing program.

She believes there can’t be any way that Stanozolol was in her system based on the testing evidence.

“Steroids have a certain period of life in the body and a certain period of time for detection. If the tests on December 15 gave a negative result, and those performed on January 10, 2020 gave a positive result, it is assumed that during the period of December 15 to January 10 I had to use this steroid, but the thing is that it has a detection time, Stanozolol…. it has an approximate detection time of 3 months,” Jimenez said.

“And if that’s the case, it would have also been positive on January 11, which was only a 12-hour difference from taking the test, so it is impossible that the substance can be erased from an individual in such a short amount of time. It goes against chemistry. It is something that is impossible.”

Hmmm, just saying: how come she knows so much about doping, detection timelines and all that? Hmmm.