I’ve got nothing to lose – Alexander Povetkin 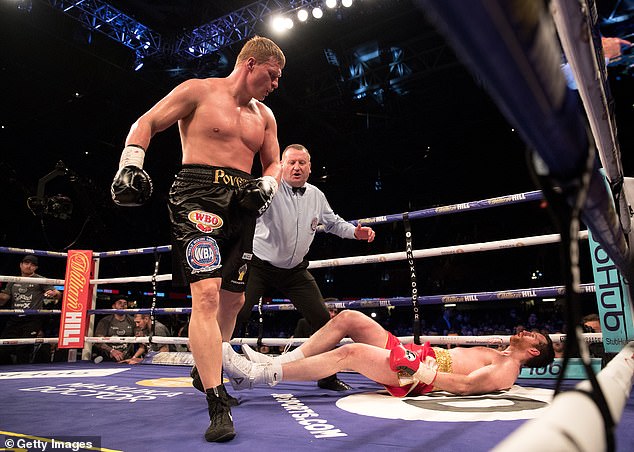 Alexander Povetkin peered up at the towering ramparts of Wembley Stadium and was asked what extra pressures such a huge stage will apply to the stress of his world heavyweight title fight against Anthony Joshua here this Saturday night.

The challenger’s reply: ‘You know, we have a saying in Russia. It is this: ‘You feel the walls closing in.’ Not on him, he hastens to add: ‘Joshua will suffer that burden more than me… As the champion at home he has more responsibility to win on his shoulders.

‘Psychologically I am very stable. I am calm. I am impressed with Wembley. If I beat Joshua and we have a rematch next spring I will be happy to come back and box him again here.’ 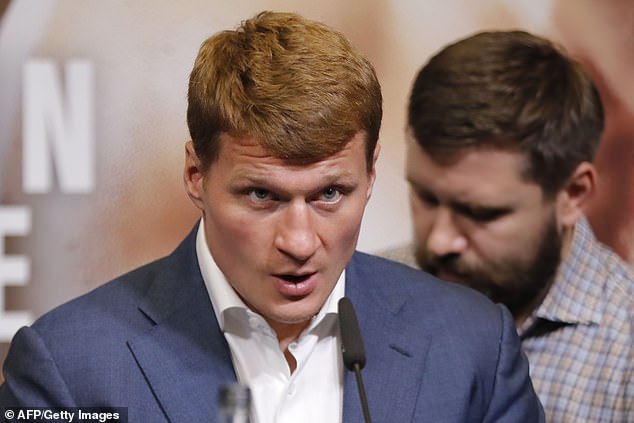 Povetkin remembers how Russia’s great expectations bore down on him the night he fought Wladimir Klitschko in Moscow and suffered the only defeat of his lengthy career.

He says: ‘While it was true that I had not trained hard enough and was not in the good condition I am now, the pressures were part of why I was absolutely exhausted at the end of that fight.’

Povetkin has come down from the mountains in furthest Russia claiming that although this opportunity to be a world heavyweight champion a second time comes to him late, at 39, he is the fittest and strongest of his life.

There is some logic to that argument in that he retired immediately after winning his Olympic gold medal in 2002 and was not overly serious when he returned to the ring.

‘I did not want to box any more,’ he recalls. ‘I had only started boxing because my father told me that a man had to stand up for himself. I was thin as a boy and had my street fights but I would not be bullied.’ 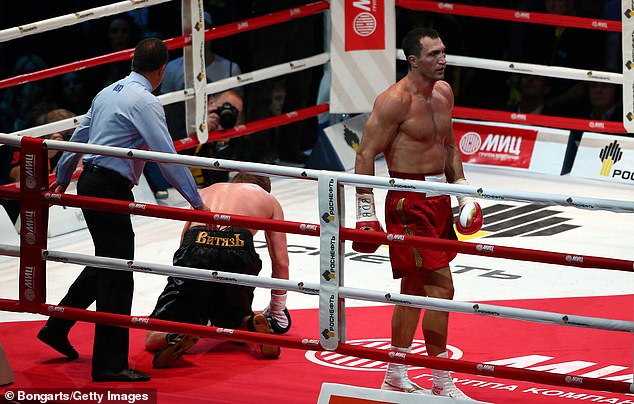 Patriotism burns strong in Povetkin’s home city and he says: ‘My ambition was always to win the Olympics for my country. That done, I just went around Russia opening gyms for combat sports for youngsters, giving something back to the community. But then I went to an amateur tournament and I realised how much I missed and loved boxing.’

So he cut back on the parachute jumping ‘for my different buzz to fighting’ and ‘gave away my powerful motor bike because the speed I like was too dangerous.’ And he resumed knocking out professional heavyweights, the way he had the amateurs, en route to his WBA title for which he is now Joshua’s mandatory contender.

Povetkin has climbed back to high-ranking status among the world’s heavyweights after a brief suspension for two failed drugs tests. Those lapses have re-opened the debate about substance abuse in sport, especially Russian sport, as he returns to championship action.

‘The drugs issue has been dealt with,’ he says, ‘I have been exonerated and I still work with young people inspiring them to box to get them away from all drugs.’ 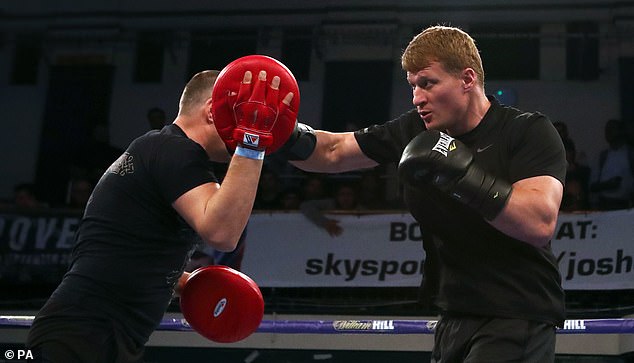 He wafts away the shadow of Britain’s political stand off with Russia following the Salisbury poisonings just as readily, saying: ‘I have always believed that sport should be kept apart from politics. And I don’t expect special hostility from the big crowd at Wembley because of that problem or the drugs.

‘Of course they will be shouting for Joshua to win but when I fought on his undercard at Cardiff (knocking out David Price) I discovered that British boxing fans are most interested in good, exciting fights. And that’s what we will have here this weekend.’

Povetkin is squat and powerful but looks leaner on this visit to Britain and says: ‘I have trained to be lighter and faster against Joshua.’ He has done so even though, at barely six feet, he knows the honed shape makes Britain’s WBA, IBF, WBO and IBO champion look even bigger than him by comparison.

‘I never worry about the size of other heavyweights any more than I do about my age,’ says this Russian enigma who looks much younger than his years. ‘I know that the biggest men still have their weaknesses.’ 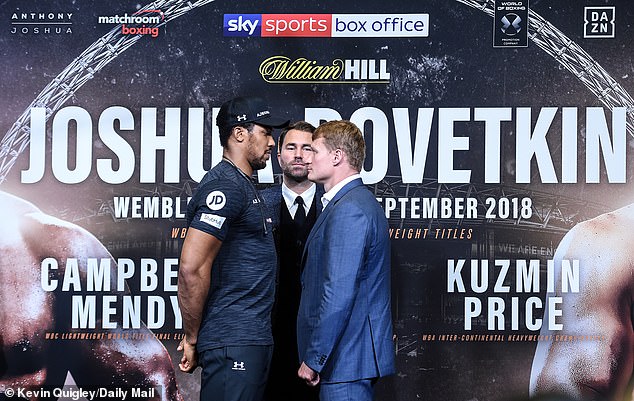 The Russian faces Joshua for the WBA, WBO, IBF and IBO world titles at Wembley on Saturday