ALEX OXLADE-CHAMBERLAIN says he has apologised to Arsene Wenger for liking a tweet calling for the Arsenal boss to be sacked.

He later tweeted: “I didn’t mean to like that post earlier obviously… Didn’t even realise I had!”

Oxlade-Chamberlain, speaking ahead of today’s clash with Hull, said: “It was a complete and utter accident. I think people know me as a character and if I’d meant to have done that, it would have been out of character for me.

“The title of the tweet I accidentally liked wasn’t ideal but we’ve sorted it out. I spoke to the manager about it and explained the accident.
“I might not go on Twitter again too soon after games.”

‘You know more than me’

‘His heart is here’ 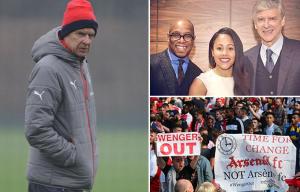 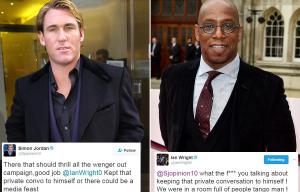 Manchester United, Chelsea and Arsenal splashing out on wages – but others are spending big too

When asked what his manager’s reply was, Oxlade-Chamberlain, 23, told Sky Sports: “He didn’t have a clue what I was talking about. He just heard the word accident and we moved on.”

Wenger came under fire last weekend when a fan showed a sign demanding he leave the club.

Unrest has grown over his future at the Emirates, with his current deal expiring in the summer.

Arsenal are now 12 points behind leaders Chelsea in fourth place.

England international Oxlade-Chamberlain admits the fans have the right to criticise, despite how frustrating it may be on the receiving end.

He said: “It’s frustrating to see and it’s not nice to see, but you understand the fans’ situation and their frustrations as well.

“It’s important we hear what the fans are saying because they are a massive part of this club and without them, we’re nothing.”