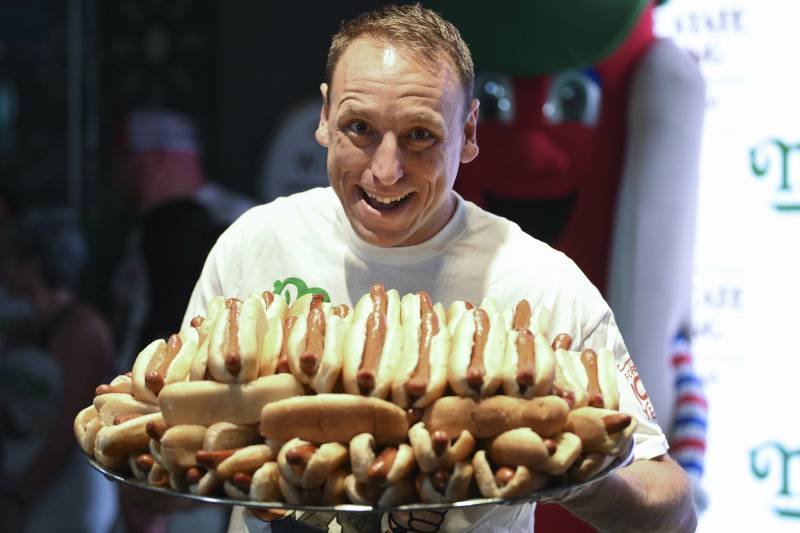 Joey Chestnut put away 71hot dogs and buns in 10 minutes to win the July 4 Nathan’s Hot Dog Eating Contest for the 12th time overall and fourth year in a row at Coney Island in Brooklyn, New York, on Thursday.

Chestnut crushed the field with a 21-dog margin of victory over Darron Breeden, who finished in second with 50hot dogs eaten. Geoffrey Esperwas third with 47.

According to Bovada, Chestnut was a -1200 (2-25) favorite to continue his dominance in the Nathan’s Hot Dog Eating Contest and retain the mustard belt.

CBS Sports provided a look at Chestnut blowing away the competition in the closing seconds of the event: 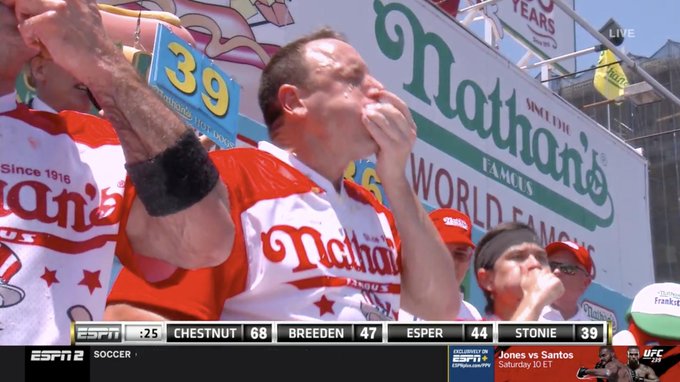 Chestnut was aided by the fact that the 2017 and 2018 runner-up, Carmen Cincotti, was not part of this year’s competition after retiring.

Darren Rovell of The Action Network broke down the nutritional facts of what Chestnut consumed Thursday: 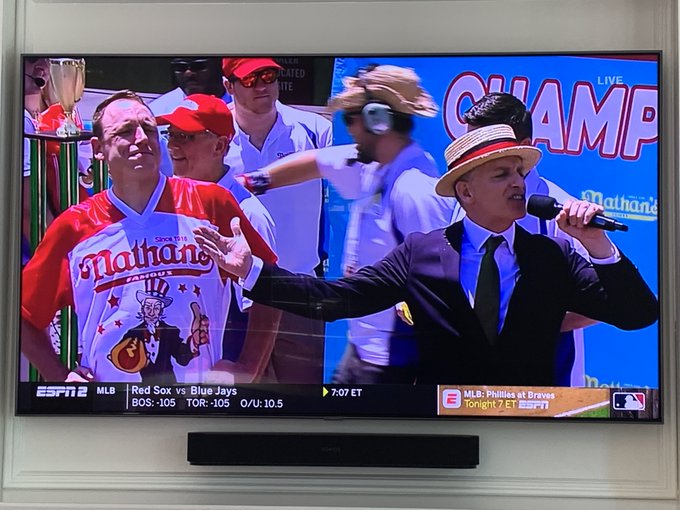 Since shockingly falling to Matt “Megatoad” Stoniein 2015, Chestnut has been on an absolute tear. He set and broke the contest record with 70, 72 and 74 hot dogs and buns eaten in 2016, 2017 and 2018, respectively, entering Thursday’s event.

The Nathan’s Hot Dog Eating Contest has been all about Chestnut since he beat Japanese legend Takeru Kobayashi for the first time in 2007.

There was perhaps some increased interest in Thursday’s competition after ESPN aired a documentary entitled 30 For 30: The Good, The Bad, The Hungry about Chestnut’s rivalry with Kobayashi on Tuesday.

Kobayashi has been out of the game for years, and nobody had an answer for the 35-year-old Chestnut in what was another stirring performance.

Superstar golfer Justin Thomas and Tate Frazier of The Ringer were among those who were impressed by Chestnut’s showing:

Dan Katz of Barstool Sports put Chestnut in an elite class in terms of athletes who have outclassed their peers over the years:

This will sound like hyperbole but being around Joey Chestnut is like being around MJ, Tiger, Derek Jeter or Tom Brady. A natural swagger that silently intimidates everyone. True Alpha Dog

Sonya Thomas won each of the first three Nathan’s Famous Women’s Hot Dog Eating Contests, but Sudo had won five in a row entering Thursday, and she made it six at Coney Island.

The 33-year-old Sudo ate 31 hot dogs and buns to win the 2019 competition, and she has firmly established herself as the answer to Chestnut on the women’s side: 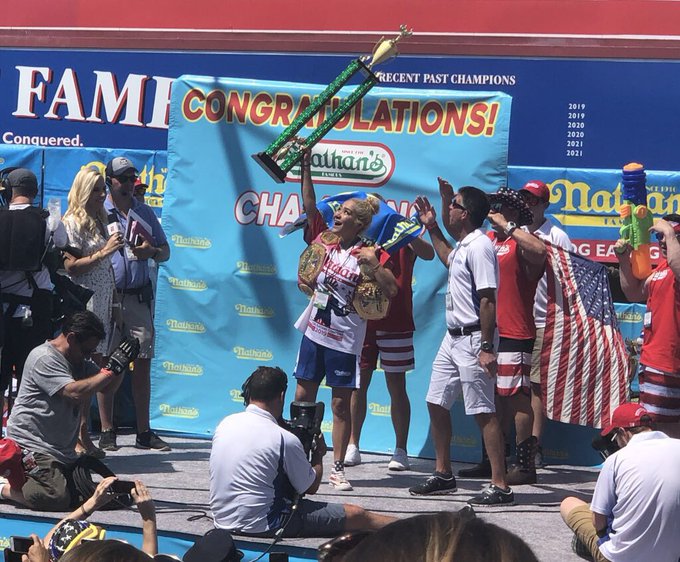 Miki Sudo keeps her streak alive at the #NathansHotDogEatingContest with 31 buns and dogs, but was off her all-time record of 41.

She held off second-place finisher Michelle Lesco with 26, and Sarah Reinecke and Juliet Lee tied for third with 23.

There is no end in sight to the dominance Chestnut and Sudo haveexhibited in the Nathan’s Hot Dog Eating Contest over the years, but dynasties tend to be more interesting than parity at times.

The Nathan’s Hot Dog Eating Contest is an Independence Day phenomenon in the United States, and much of that can be credited to what Chestnut has accomplished over the past 13 years.