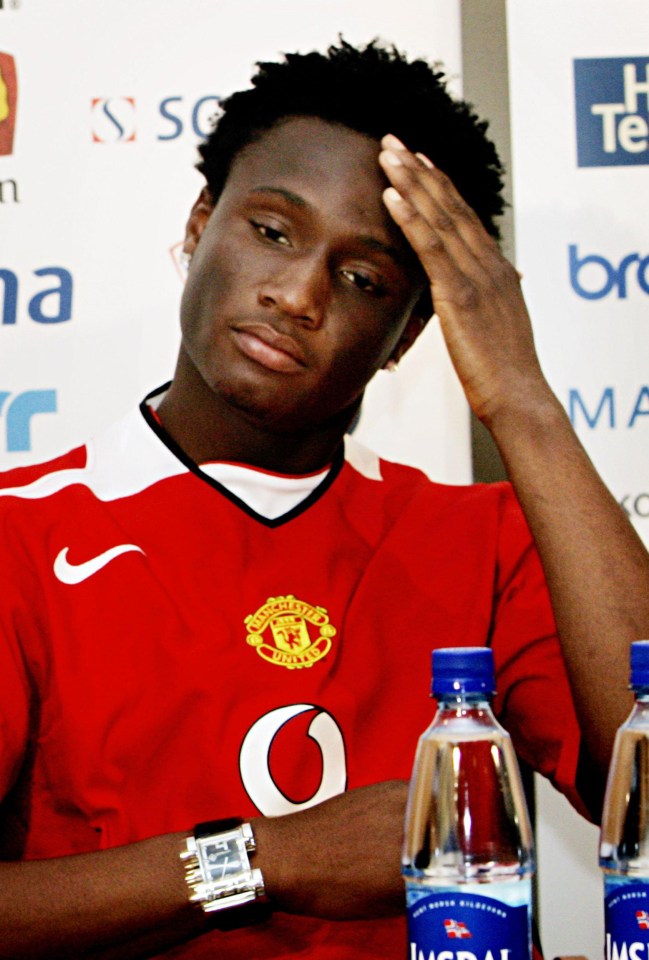 The agent then made his offer: “Sign here and this money is yours.” 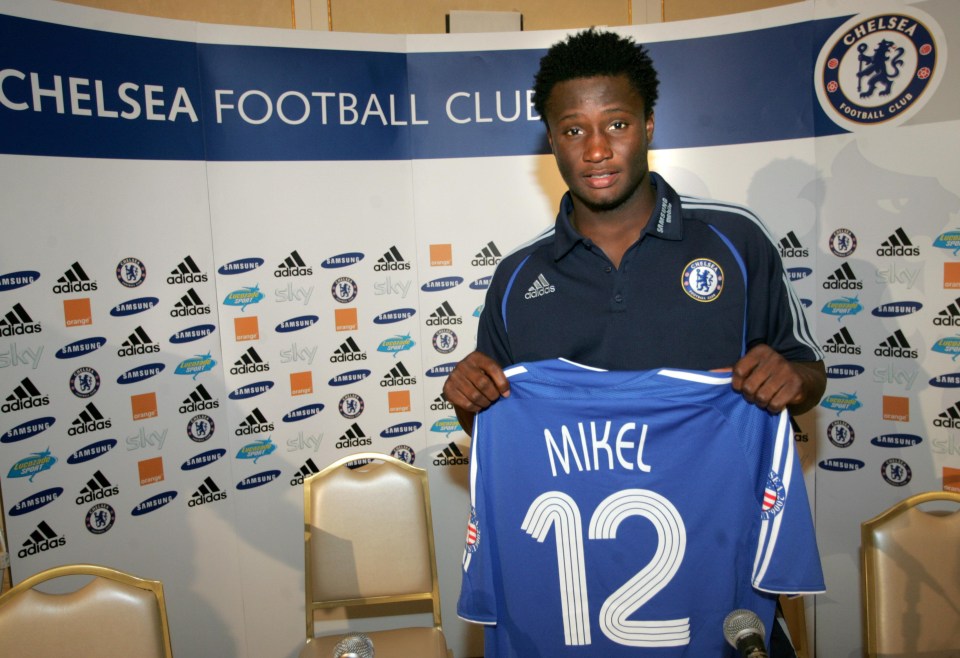 Mikel was just 15 years old and this was the start of the craziest transfer battle the game has ever known.

It resulted in Sir Alex Ferguson and Jose Mourinho scrapping to sign him — and ended with Chelsea paying Manchester United £12MILLION in compensation.

The ex-Blues midfielder finally revealed the truth behind the incredible squabble for his signature and how: 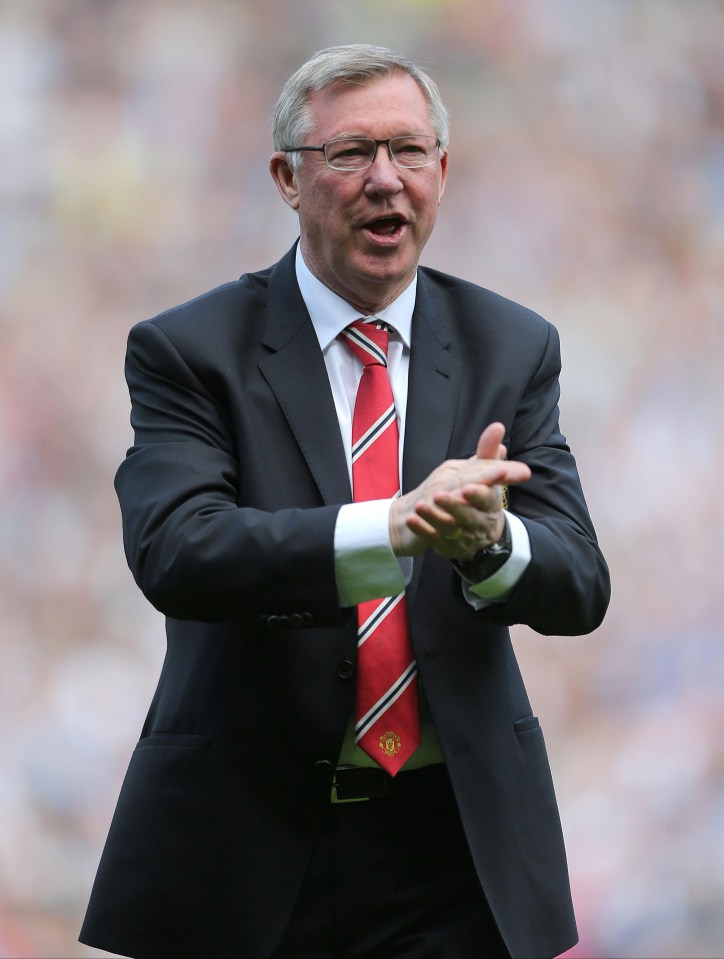 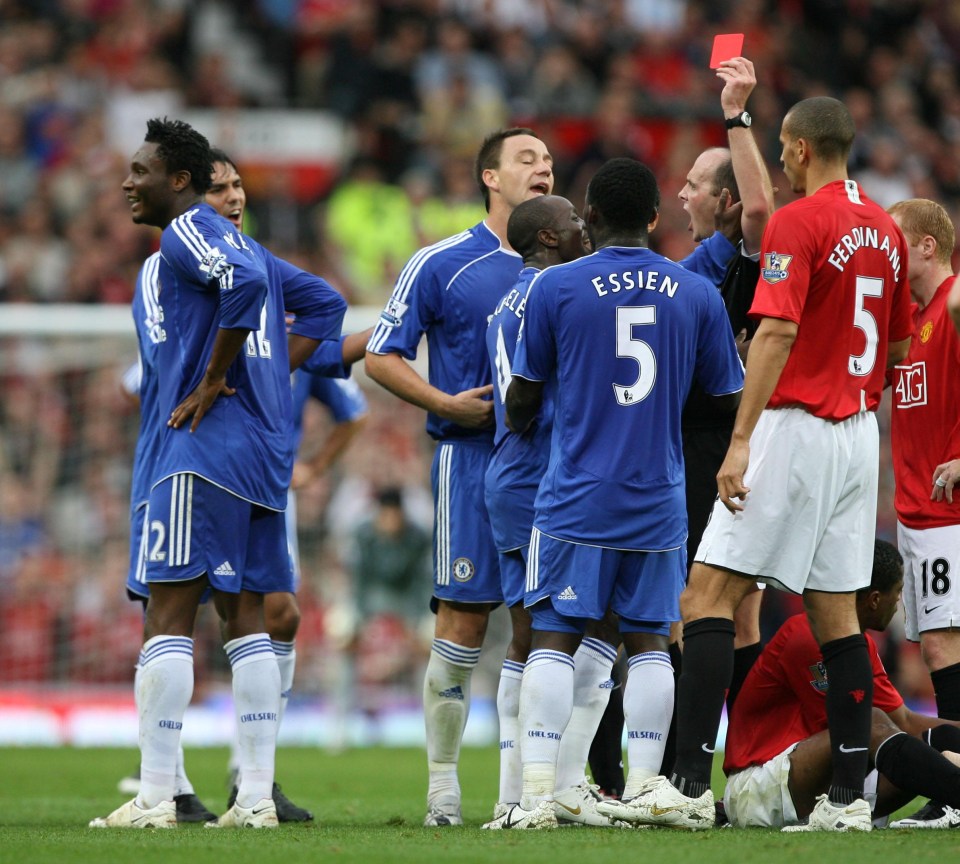 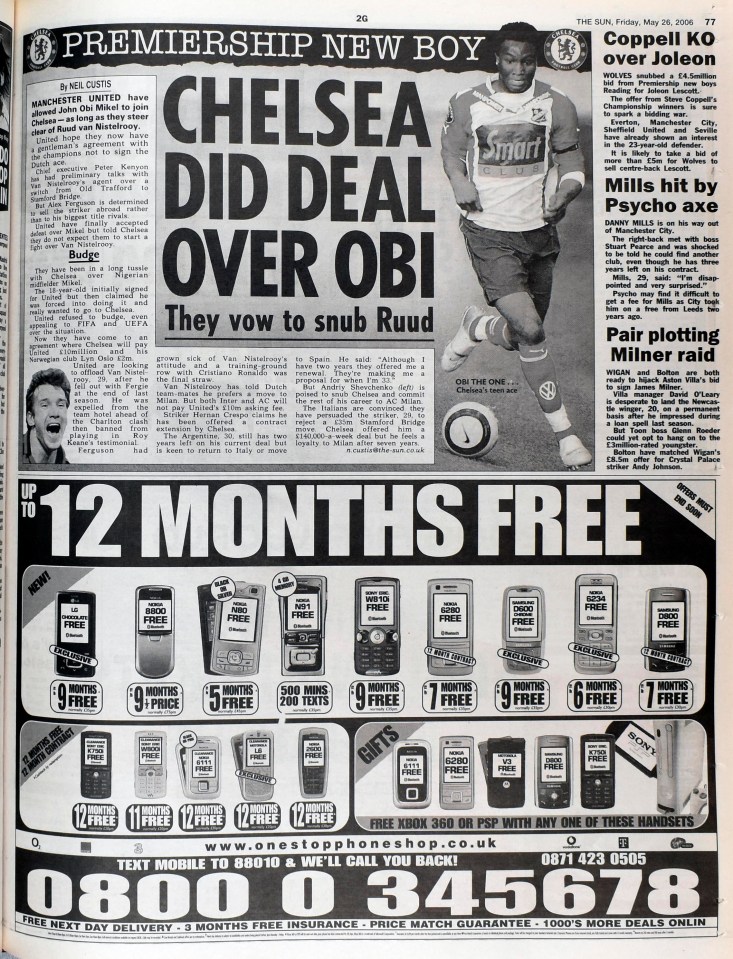 Manchester United believed they had manager to lure the starlet to Old TraffordMikel admitted: “It was surreal. I was at school, but had Chelsea and Manchester United — two of the world’s biggest clubs — trying to sign me.

“I’ll never forget that second meeting with Sir Alex. I’d signed a deal at United but had to tell him: ‘Sorry, I want to play for Chelsea’.

“He really liked me but I could see how angry and disappointed he was.

“Some things he told me made me think about changing my mind but I was thinking about Jose, too.

“I had these two great managers wanting me and I did not know what to do.

“Fergie told me: ‘Why would you turn down United? It’s the biggest club in the world. You cannot do that. You have to say Yes’. 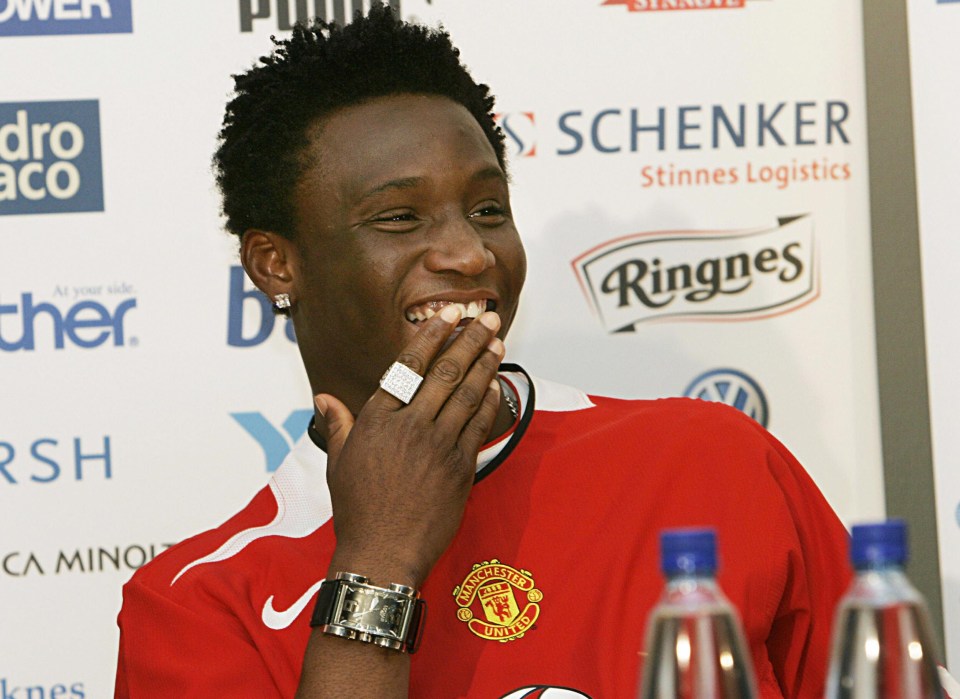 “As a footballer, you have to make decisions that you live with for the rest of your life.”

His decision to join Chelsea in 2006 ultimately proved rewarding.

Mikel became one of the club’s most decorated players, winning the Champions League and Europa League, two Premier League titles, four FA Cups and two League Cups in his 11 years there.

He said farewell to the Blues in January and joined Chinese Super League club Tianjin.

But the Nigerian has never forgotten his month-long trial at Old Trafford. 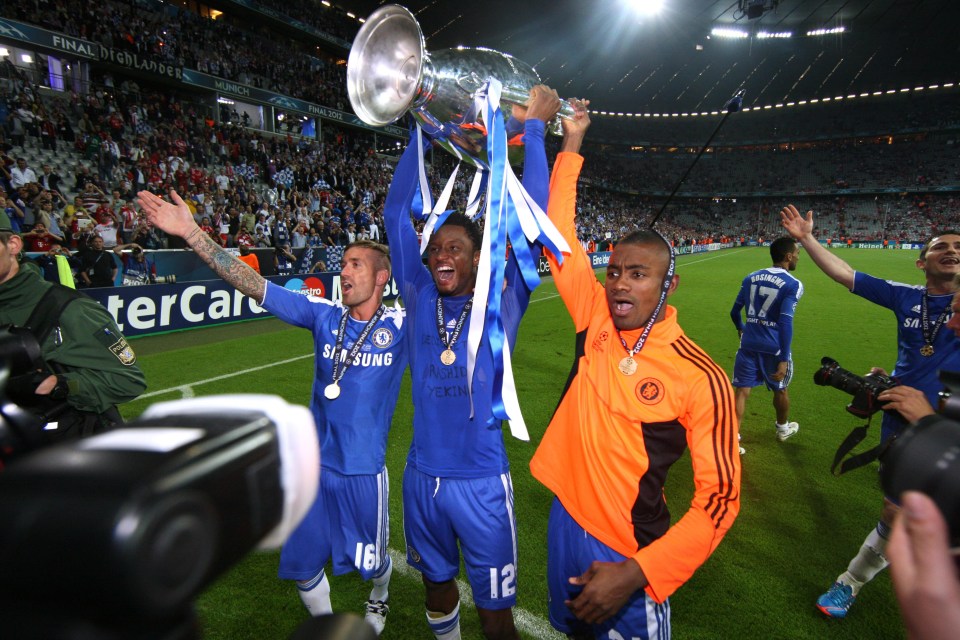 He was part of a hugely successful Chelsea side, winning multiple honours 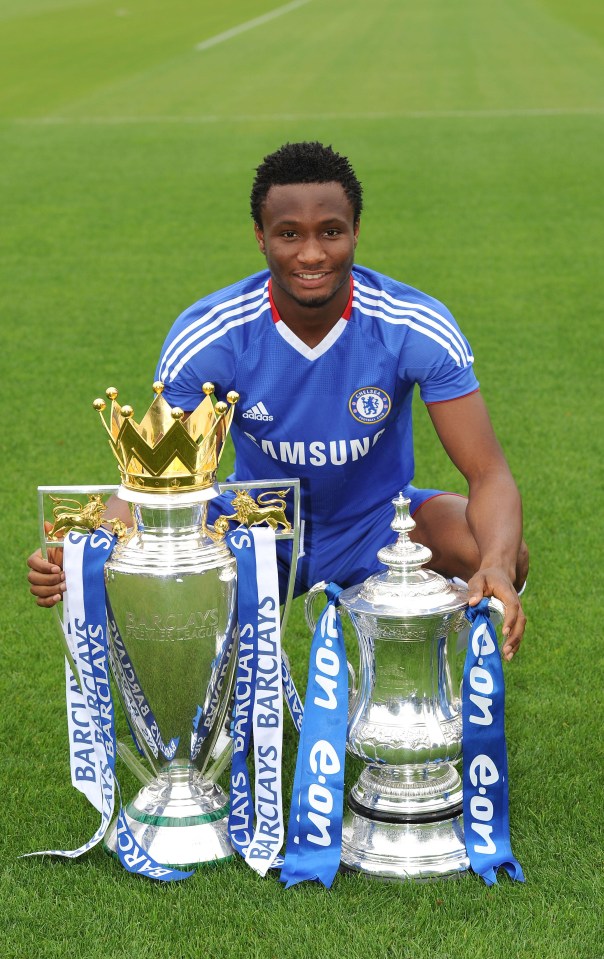 “I trained with the first team,” he recalls. “Roy Keane was my bodyguard.

“Paul Scholes and Nicky Butt always tried to kick me but couldn’t when Roy was there because he’d have killed them.

“He called me into his office one day and said: ‘Obi Wan, do you know what Keane, Scholes and all the senior players have told me? They said you have to sign that boy’.

“I couldn’t believe it. Here was I, a schoolkid from Africa, training with some of the best in the world.”

Mikel earned his trial after starring for Nigeria in the Fifa Under-17 World Cup in Finland in 2003.

He had also impressed scouts from United, Chelsea, Arsenal, Real Madrid and Barcelona.

The Nigerian recalled: “I had agents promising me everything. One approached me in the hotel with a briefcase full of cash.
“I can’t remember what club he claimed to represent — but I do remember the briefcase.

“I was temp­t­ed. I’d never seen so much money but I told the Nigerian FA secretary who was looking after me. 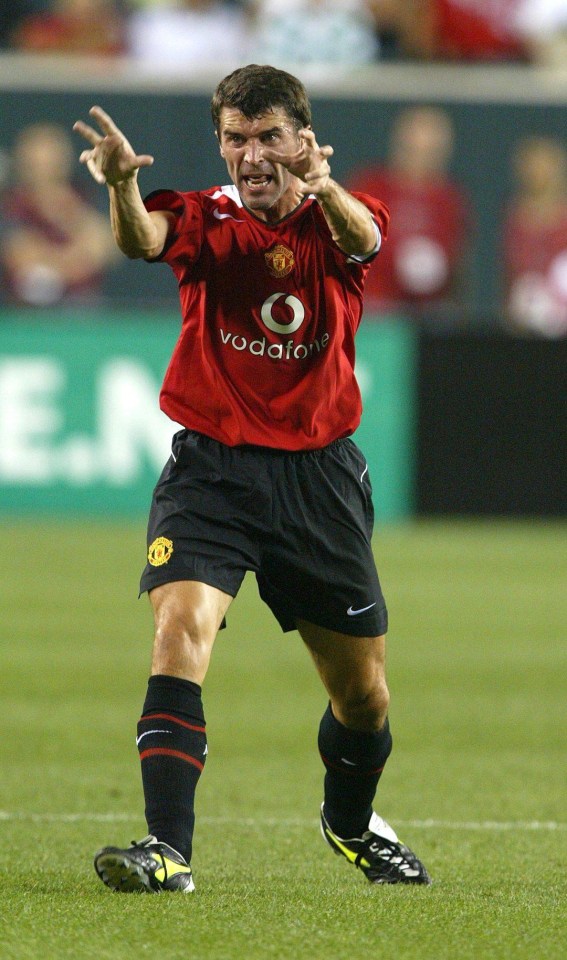 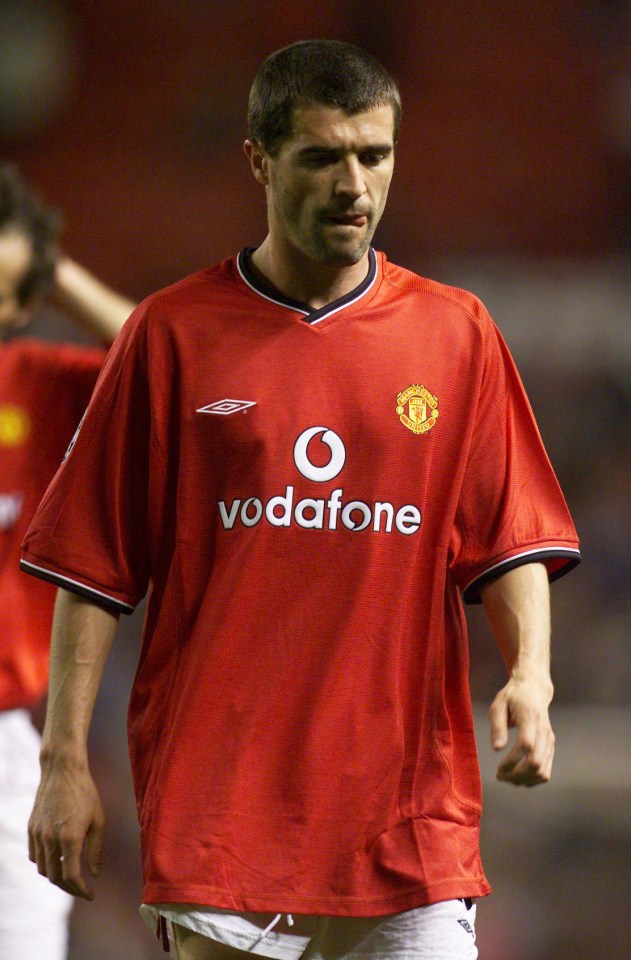 The former Nottingham Forest star urged Sir Alex Ferguson to sign him after impressing the first team squad“He told me to ignore this agent but promised I would join the best club. After the tournament I went home to my family and then saw the secretary again in Abuja.

“That’s when he told me: ‘You’re going to United. They want you and you’re leaving tomorrow’.

“My dad was so happy but mum was crying because I was moving abroad at such a young age.”

United arranged for his Nigerian captain Isaac Promise to travel with him.

After a month’s trial they went home to Nigeria before returning for another three-week stint.

Mikel said: “Sir Alex really liked me. He made me feel really comfortable and encouraged me every day.

“He would call me into his office after training, point at the players’ plush cars in the car park and say: ‘If you work hard, next year you’ll be driving one of those. You are going to play for this club and you are going to be rich’.

“I didn’t know what to say. I was still at school so I didn’t even have an agent.

“I went home again and Sir Alex used to phone a hotel near our house when he wanted to speak to me.”

Mikel said United wanted him to return again — but on his own, so the teenager asked Fergie to speak personally to Promise and then call him back to confirm the trip.

The call never came. But one from agent John Shittu did. He told Mikel Chelsea wanted to sign him. 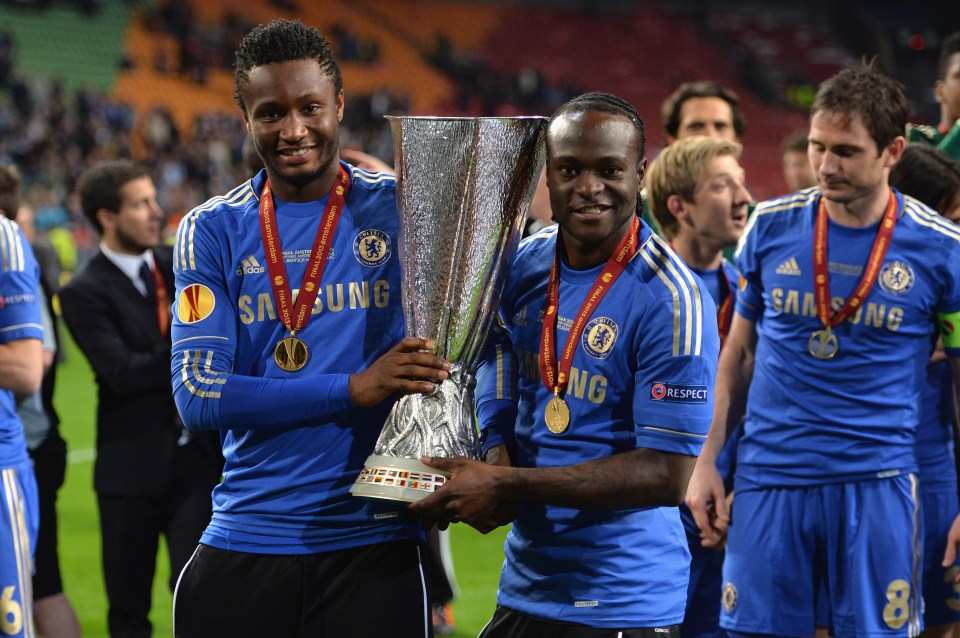 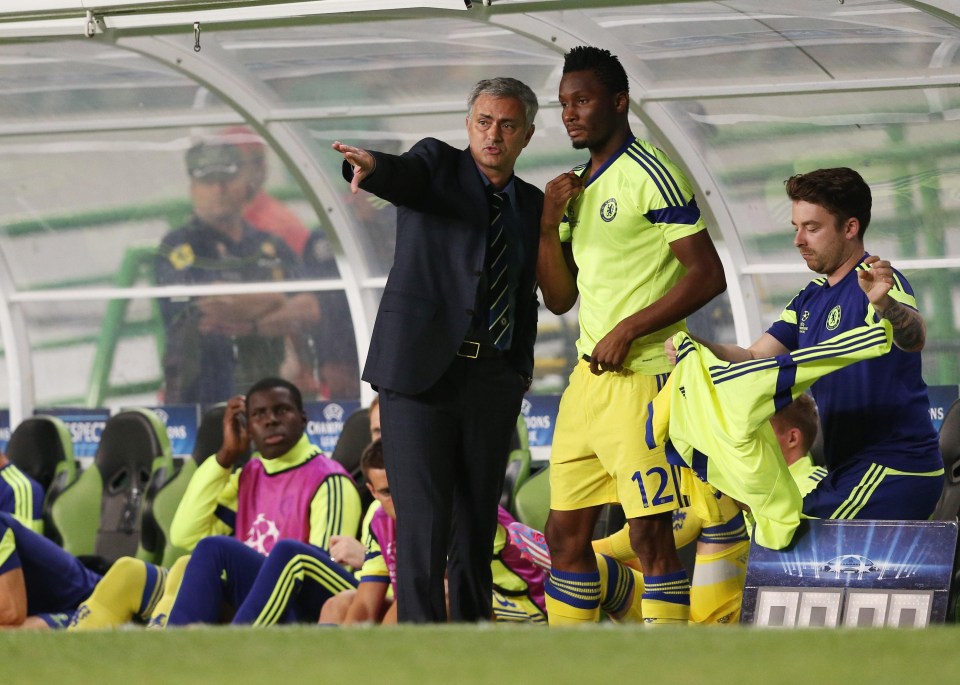 Mikel met him in Lagos before flying to London with three other Nigerian teenagers for a trial.

The ex-Chelsea midfielder added: “I’d heard nothing from United so I agreed to go.  I was training with Chelsea’s first team and then we were sent to Ajax Cape Town in South Africa.”

Mikel then signed Shittu as his agent and, after seven months, the player was moved to Norway, to train with Lyn Oslo — managed by ex-United star Henning Berg.

On turning 18, Mikel signed a pro contract with Lyn Oslo, but after playing just half a dozen matches Fergie flew out to speak to him.

He said: “The whole thing was so confusing. I thought I had something with Chelsea but United told me they had been looking for me and then Sir Alex visited me.

“Before I knew it, a contract had been sent to Lyn Oslo. United were offering me £1.5m for three years. I spoke to my dad, who told me I should just go for it.”

Mikel signed and at a hastily-arranged press conference in 2005 was photographed in a United shirt.

“Chelsea saw it on TV and went crazy,” he says. “I later discovered they had an agreement with Lyn Oslo not to sell me to any other club.

“Then John flew to Oslo to speak to me. My friends were calling me and then I thought, maybe I had been manipulated.

“All this was very hard for me. I was so young.

“We flew to London. I remember thinking: ‘I’ve signed for United but now I’m flying to Chelsea!’.” 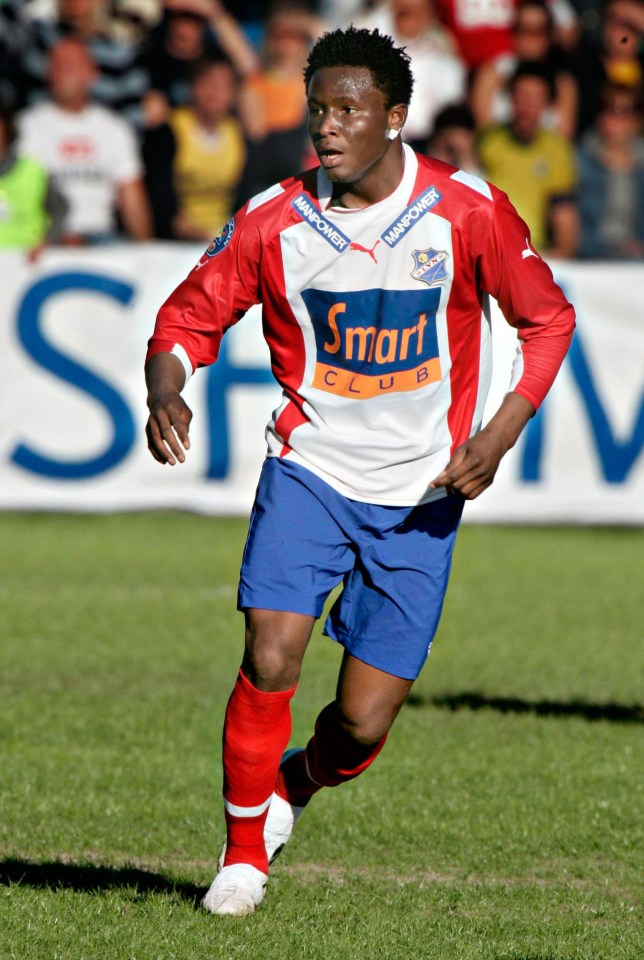 The news was all over Norwegian TV, with reports Mikel had been kidnapped. He had to convince his tearful girlfriend that was not the case — then a year-long legal battle ensued between the English giants.

“I stayed in a house that Chelsea paid for but didn’t kick a ball for any club for a year,” he says.

But during this time he was able to star for Nigeria in the African Nations Cup in Egypt.

Mikel shone as Nigeria reached the semi-finals but when he returned to England he was summoned to a meeting with then Premier League chief Sir Dave Richards.

The Nigerian recalled: “He offered to help me. He told me it was making enemies between the two big clubs.

“I told him I wanted to play for Chelsea and he said he would help resolve it. Then I had a secret meeting with Mourinho at his house.

“Roman Abramovich organised six cars to get me there. It was like a military operation.

“I started in one car, then the drivers would talk to each other and suddenly I was dropped off and then picked up by another car.

“Once there, Jose told me: ‘The boss really wants you. I’ll play you and make you what you want to be’. That really helped as there were times when I thought: ‘Have I made the right decision?’.” 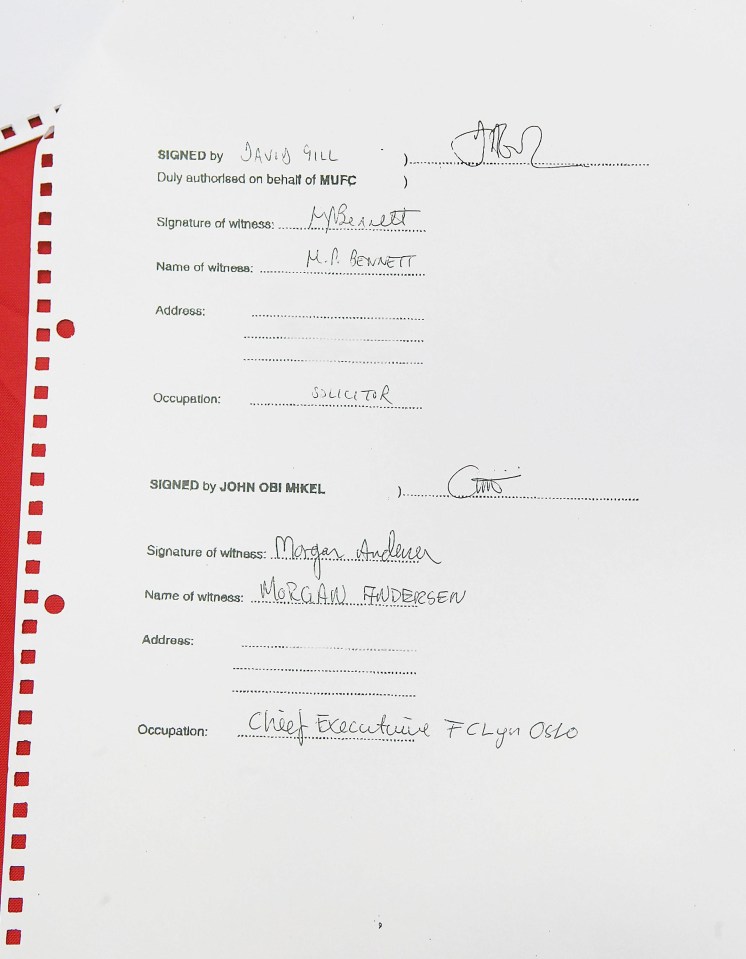 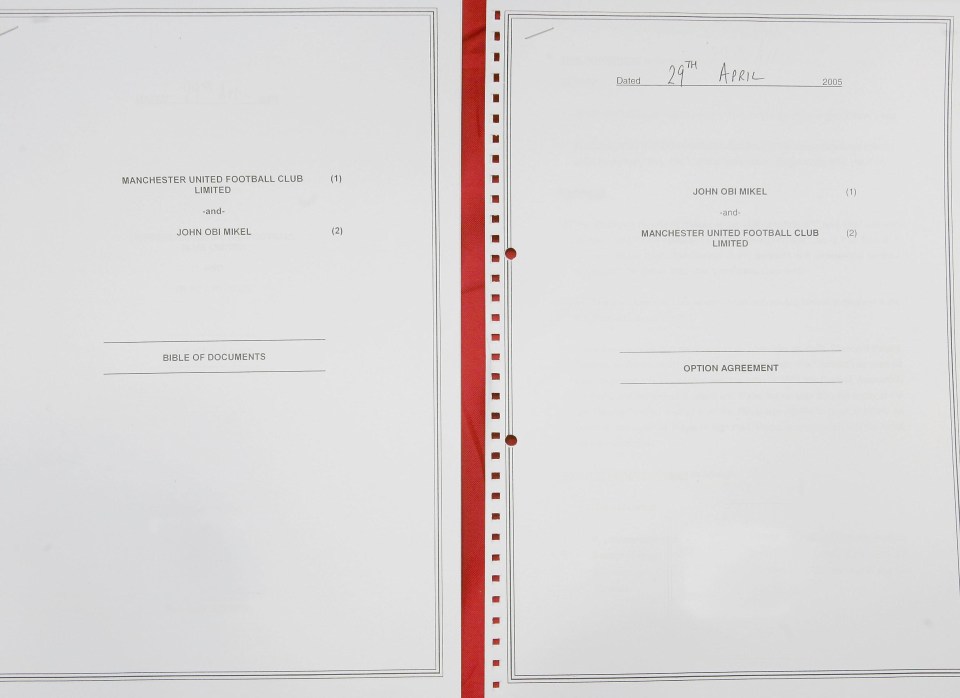 The 30-year-old has revealed that he was pressured into trying to sign for the Red DevilsThe whole crazy affair was resolved when Chelsea forked out £4m to Lyn Oslo and £12m compensation to United.

But not before Mikel had another meeting with Fergie — seven days after his chat with Mourinho and not before Barcelona tried to hijack the deal.

Mikel insisted: “Fergie said: ‘If it’s money, I can give you what you want’.

“But it was never about the money.”

“I had Barca waiting to pounce if the legal wrangle couldn’t be sorted, but felt obliged to sign for Chelsea as they’d looked after me.

“I heard nothing from United after my trials but Chelsea looked after me and my family. I had a loyalty to them.

“Sir Alex did shake my hand on one visit to Old Trafford. I remember what he said when asked how it felt to lose me: ‘He is still going to play for me one day’.”