Jonny Bairstow back in one-day frame

After the high of last summer’s World Cup win England start their next cycle towards the 2023 tournament in India with a three-match one-day series against South Africa. In the six months since that dramatic final against New Zealand at Lord’s in July Eoin Morgan and his players have had plenty of time to reflect on their achievement of becoming the first England team to win the tournament.

Yet on Tuesday in Cape Town England will play their first game since then knowing their status as world champions comes with an added pressure and expectation unknown by any of their predecessors. They had a taste of that in Paarl last Friday: when batting first in their opening tour match against a South Africa Invitation XI they had to fight back from 16 for three batting first and dig deep to pull off a 77-run win.

On Saturday England posted 346 for seven then reduced the hosts to 103 for three in 20 overs before the teams arranged a contrived finish that saw the tourists fail to defend 85 from 10 overs. 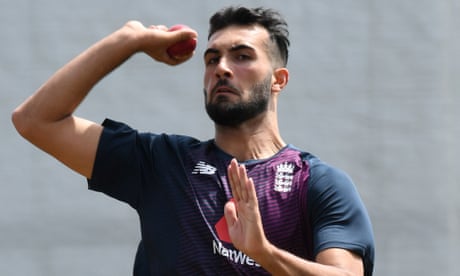 The farcical finish could not overshadow Jonny Bairstow, who hit a century from 83 balls before retiring not out. It was an innings that reminded everyone of Bairstow’s qualities as a one-day batsman after Jason Roy, his opening partner, had hit a three-figure score the previous day. Joe Root also weighed in with a measured 91 from 89 deliveries to complete a satisfying couple of days for England’s top order.

Bairstow knows life will get harder against a South Africa team who will be desperate to knock England off their pedestal. “It’s lovely being able to call yourself world champions,” said Bairstow. “But now you have a title on your head that makes people want to beat you even more so now.

“It’s part and parcel of where we are and we have to think about how we evolve as players to try to get into the best possible shape to move forward in this series, the next one and those after it. Everyone is going to come hard at us, South Africa to start with and then all the way through [to the World Cup].”

England will be missing four World Cup winners in this series, with Ben Stokes, Jos Buttler and Mark Wood rested and Jofra Archer recovering from the elbow injury that ruled him out of the final three Tests in South Africa. 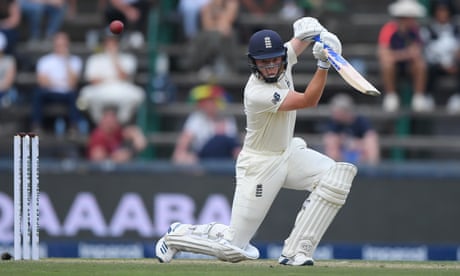 Ollie Pope: ‘It’s an amazing feeling to establish myself a little bit more’

That will provide opportunities for others, most notably Tom Banton, the 21-year-old Somerset batsman who lit up last summer’s T20 Blast and recently Australia’s Big Bash during a spell with Brisbane Heat. Banton is expected to play at No 6 in the order but he failed to grasp his chance in this pair of tour matches, with a score of three followed by a scratchy 23 from 26 balls.

Matt Parkinson is also likely to get a chance to make his ODI debut at Newlands after an encouraging first series with England during the T20s in New Zealand before Christmas. The Lancashire leg-spinner, 23, took two crucial wickets to help England defend 240 on Friday and followed that up with another three wickets in five balls during the second match.

They are two young players England will hope can become part of a squad who can defend their title in India in 2023, with Bairstow admitting he feels this group of players can take their collective performances to an even higher level than they achieved last summer.

“Yes, I do,” he said. “It is pinpointing areas you can evolve in different conditions. Next World Cup is in India, so it will be different again. Generally white-ball wickets over there are pretty good. It might be just utilising how we play spin.”

One slightly odd decision, especially with the next World Cup in mind, was to give Joe Denly a white-ball central contract last September. At 33 the Kent batsman is unlikely to make the next World Cup and does not get into England’s best team.

Given the absences for this upcoming series, Denly is expected to bat at No 5 and he has at least shown some form, hitting 85 from 63 balls in the final warm-up match. Dawid Malan, his rival for that position here, was out for a two-ball duck in his only innings of this tour so far.

While England are tweaking a winning machine, South Africa are in full-on transitional mode following the raft of retirements – including Imran Tahir, JP Duminy and Hashim Amla – that followed a disappointing World Cup.

Quinton de Kock has taken over as one-day captain from Faf du Plessis and he is one of only four players from South Africa’s final World Cup match retained for this series, with Rassie van der Dussen, Andile Phehlukwayo and Tabraiz Shamsi the others.