Swansea had put club stalwart Britton in temporary charge after sacking Paul Clement on Wednesday, and there was a familiar feel about proceedings when Luka Milivojevic put Palace ahead on the hour.

But substitute Jordan Ayew rescued a point 13 minutes from time with a thunderous 20-yard drive – his second goal of the season, with his previous Premier League strike coming against Palace at Selhurst Park in August.

Britton – half the age of Palace boss Roy Hodgson – oversaw a vastly improved display from a Swansea side who had scored only 10 goals in 18 games under Clement this season.

But Swansea will still spend Christmas bottom of the league as they seek to make a swift managerial appointment. 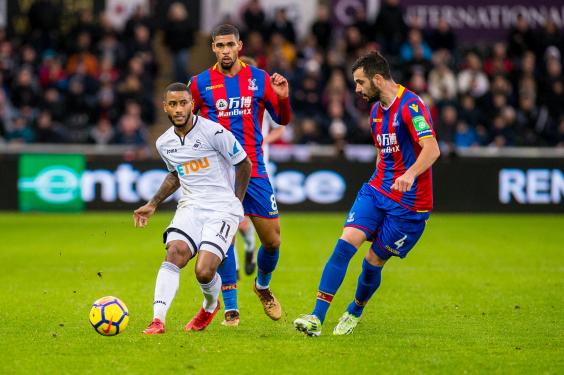 Palace had looked the more likely scorers during an opening hour in which Swansea were a more cohesive unit but did not force Julian Speroni into a single save.

With Christian Benteke suspended, there was no danger of the Belgium striker grabbing the ball from Milivojevic as he had done against Bournemouth recently.

On that occasion Benteke had missed in stoppage time and cost Palace victory, and the folly of that decision was underlined again as Milivojevic stroked home the spot-kick. 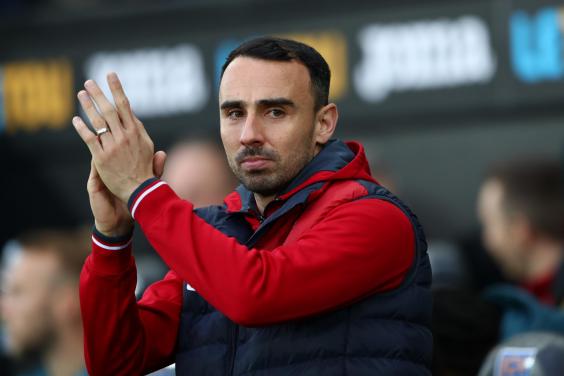 Leon Britton oversaw his first game in charge at Swansea

Swansea’s first-half showing was a step up from recent games, but the familiar lack of cutting edge remained.

Luciano Narsingh offered the home side hope with some impressive bursts – and claimed in vain for a penalty when Jeffrey Schlupp got on the wrong side of him – but Swansea’s attacks petered out with frustrating regularity.

Palace’s play in the final third was crisper with Wilfried Zaha, operating in a more central role with Benteke absent, at the heart of the Eagles’ best moments.

Lukasz Fabianski held Scott Dann’s header on his goal line before Zaha released Andros Townsend for a curled shot that was heading for the top corner until the Swansea goalkeeper produced a fine fingertip save.

Loftus-Cheek was the next Palace player to go close and Zaha’s advance into the penalty area was only halted by an odd intervention from Fernandez, the defender heading clear while lying prone on the ground. 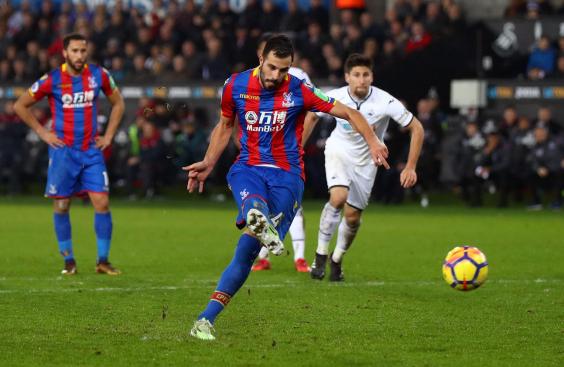 Luka Milivojevic converts from the spot for Palace

Zaha then instinctively stuck out a foot to meet Townsend’s cross but the ball was directed wide.

The second half took on the same pattern as the first until the penalty prompted greater urgency from Swansea.

Tammy Abraham fired an angled attempt over before forcing a first save from Speroni at his near post.

Speroni then had to move smartly again to shovel Nathan Dyer’s deflected cross off Schlupp wide.

He had no chance of stopping Ayew’s rocket but Palace held on to extend their finest unbeaten record in the Premier League to eight games.