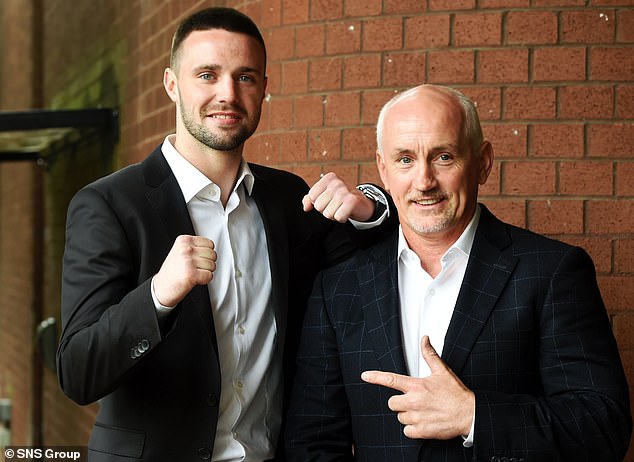 Josh Taylor’s ambitious decision to sign up with legendary American promoter Bob Arum has sparked a bitter war of words with his former manager Barry McGuigan.

The Scot announced he was joining the mighty Top Rank organisation, therefore splitting with Cyclone Promotions, run by former world champion McGuigan, the Scot’s first promoter in the pro ranks who guided him to the WBA and IBF titles via a spectacular World Boxing Super Series triumph last year.

The switch is also likely to spell an end to Taylor’s partnership with trainer Shane McGuigan – and could yet end in a legal battle.

Cyclone issued a statement, declaring: ‘We are very disappointed to read the news today that Josh Taylor has signed a promotional agreement with another promotional company.

‘Josh Taylor is under an exclusive worldwide promotional contract with Cyclone Promotions.

‘We have successfully brought Josh to the pinnacle of the sport from the day he turned professional, working alongside other stakeholders in boxing to deliver him the biggest fights.

‘Most recently, Josh became IBF world champion in May, 2019 then unified champion in October, 2019 and we have been working since then to plan the next stage of his career. We are saddened that Josh felt the need to attempt to break his contract in this manner and frustrated at those who have caused him to do so.’

Taylor took to Twitter to respond, accusing Cyclone of ‘various breaches of contract’. 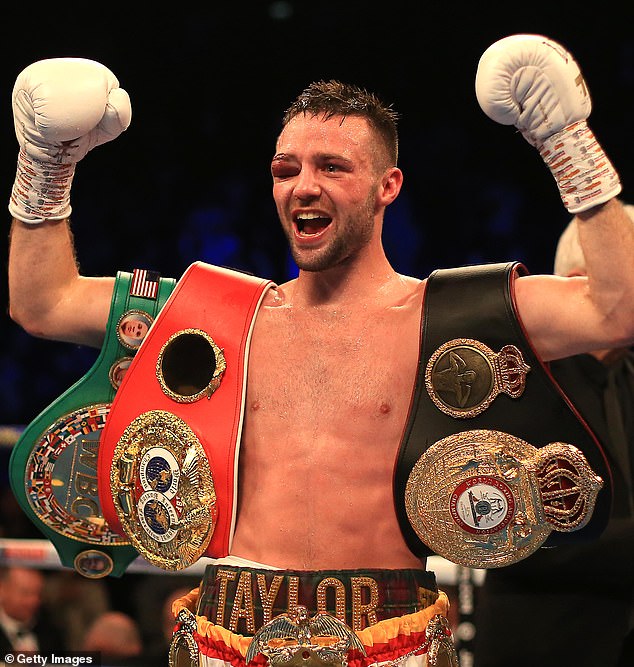 ‘I wanted to stay respectfully silent about my relationship with Cyclone but given they have released a statement it is only proper that I respond’, he said.

‘Whilst I acknowledge and appreciate the role that Cyclone has played in my career to date, three weeks ago I terminated my promotional agreement with Cyclone as a result of various breaches of contract including, in particular, breaches relating to a conflict of interest on the part of the promoter.

‘That allowed me to search for a new promoter, which I have found in Top Rank. I wanted to part ways amicably and without resorting to court proceedings.

‘I thought and hoped the McGuigans would feel the same way given the litigation they are involved in with other fighters. I hope all of us can now move on in a positive way concentrating on things which advance us all.’

While it remains to be seen how the split plays out, there is little doubt Arum holds the key to Taylor becoming undisputed world champion.

And even an eagerly-anticipated unification bout against Jose Ramirez may be dwarfed by the planned follow-up, with Arum already floating the idea of a hugely lucrative super-fight between Taylor and American superstar Terence Crawford.

Along with the potential for greater exposure through signing with Arum, whose six decades in the fight game have seen him work with everyone from Muhammad Ali to Manny Pacquiao, the deal comes with one obvious bonus.

Top Rank already count WBC and WBO super-lightweight belt holder Ramirez among their fighters. The American stands between Taylor and his lifelong dream of unifying the entire division, following the trail blazed by fellow Scot – and personal hero to the boy from Prestonpans – Ken Buchanan. 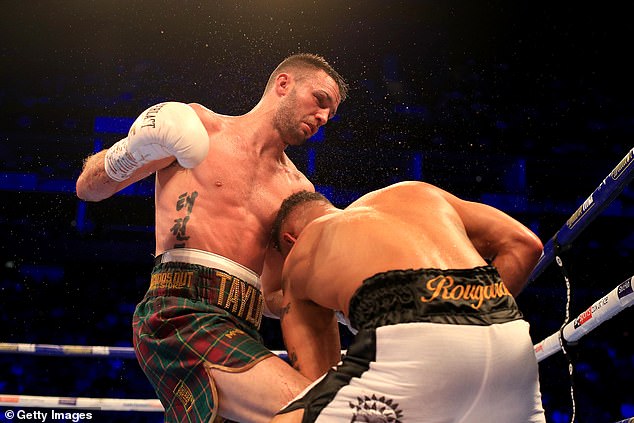 Assuming Ramirez successfully defends his titles against former Taylor victim Viktor Postol at the start of next month, a clash between stablemates – with all four world titles on the line – now looks an absolute certainty.

‘Josh Taylor is one of the world’s best fighters,’ said Arum. ‘And he is a fight fan’s fighter, a tough guy willing to fight anyone we put in front of him.

‘Whether it’s Jose Ramirez in a fight for the undisputed junior welterweight title, or any of the welterweights out there, he’s ready for the biggest challenges.

‘I want to thank Josh’s advisors at MTK Global, who have the same goal as us, which is to make him an international star.’

While the prospect of fighting Ramirez for the honour of holding all four junior welterweight/super-lightweight belts obviously catches the eye, Arum’s mention of a potential move up to welterweight would put the Scot in a different class of fighter. With suitably inflated purses.

None are more in demand – or better box-office – than Crawford, who also just happens to be part of the Top Rank group.

The 32-year-old, with 36 wins from 36 fights, is widely regarded as one of the best pound-for-pound fighters on the planet. He unified the super-lightweight class in 2017 and has since been crowned WBO champ at welterweight.

Crawford, whose rise to global prominence arguably began when he ripped the WBO belt away from Scotland’s Ricky Burns with a spectacular display in Glasgow in 2014, has bemoaned the lack of challenge presented to him by recent contenders – and seeks someone capable of taking him on.

If Taylor were to follow in the American’s footsteps by winning all four belts in one division, the 29-year-old former Commonwealth Games gold-medal winner – still only 16 fights into his professional career – would be in the frame.

The Scot, whose rapid rise to double world-title holder is virtually without precedent in the modern game, said: ‘New year, a new decade with lots of new beginnings, and I’m starting this new decade with a big bang – 2019 was a huge year for me but 2020 looks set to be even bigger.’