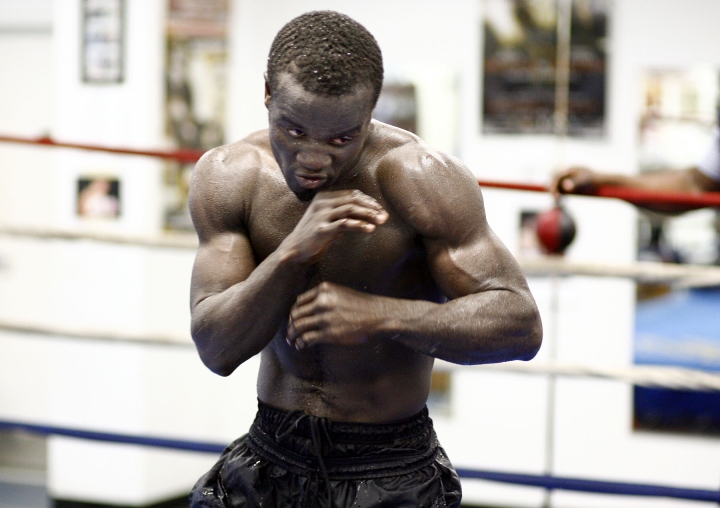 Former IBF welterweight champion Joshua Clottey (39-5, 22 KOs) returned to the ring on Saturday night in a very low-key comeback fight at the Bukom Arena, in Accra, where he picked up a sixth round TKO win over Mfaume Mfaume (14-6-2, 6KOs).

Clottey, fighting at the 157-pound-limit, appeared to be in very good shape, moved well and easily handled Mfaume.

The ring return was the first for Clottey since December of 2015, when he lost a twelve round unanimous decision to Gabe Rosado at the Turning Stone Casina in Verona, New York.

Clottey, at 41-years-old, said he was going to make a run in the super welterweight division, but he shockingly retired after picking up the comeback victory.

Unless something significant comes around, Clottey plans to remain in retirement.

“I did this for the fans because they have supported me throughout this journey. I punched and made sure I was attacking and swerving at the same time and it worked,” Clottey said to reporters in Ghana.

“This is a surprise. This is my last fight. I want to retire.

“I have fought the best and made some good things out of the sport. I am glad that I won a world title and fought many big names as well. …”