Joshua could be forced to give up IBF belt

ANTHONY JOSHUA could be forced to give up his IBF world heavyweight title almost as soon as he defends it.

Joshua takes on Wladimir Klitschko at Wembley Stadium next Saturday and if he comes through is due to fight Kubrat Pulev in November in a mandatory defence of his crown.

AJ was given permission by the IBF to delay his mandatory so that next week’s unification blockbuster when the vacant WBA title will also be on the line, could go ahead.

But IBF officials are insisting they won’t delay the fight with Pulev any longer than November and with the WBA ready to name Luis Ortiz as their mandatory challenger before the end of the year, Joshua will be forced to give one of them up. 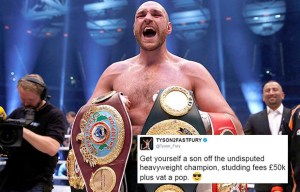 Heavyweight boxing star Tyson Fury offers to sell his SPERM for £50,000 ‘a pop’ 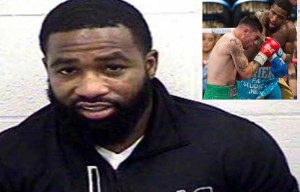 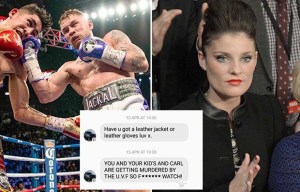 ‘YOU AND YOUR KIDS ARE GETTING MURDERED’ 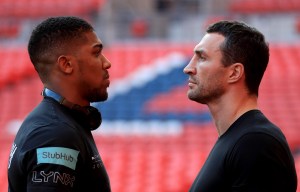 When is Anthony Joshua v Wladimir Klitschko, how can I get tickets and can I watch it on TV? 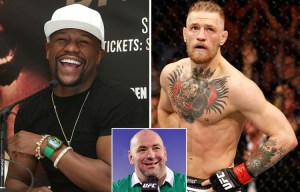 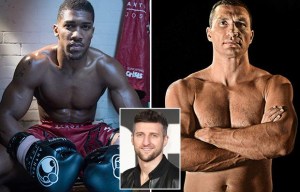 Carl Froch: ‘If Anthony Joshua catches him early it could be a demolition job but Wladimir Klitschko will believe his experience can secure a famous victory to complete his legacy’

Promoter Eddie Hearn explained: “You’re going to get the problem of multiple mandatories coming up.

“So after this fight with Klitschko, AJ’s mandatory is Pulev with the IBF.

“At some point probably this year, the WBA mandatory is Luis Ortiz.
“Will he have to vacate one of them? Quite possibly unless a deal can be done.

“I’d love AJ to unify the division, hold all the belts but as Tyson Fury found out, it’s not really possible.

Anthony Joshua in epic Lucozade advert showcasing his path to success”Fury’s mandatory was due but he chose to face Klitschko and was later stripped of all his titles because he wouldn’t fight his mandated opponent.

“It would be the same for Anthony Joshua and there would be no exceptions to the rule. If he doesn’t fight his mandatory, he either gives up the belt or he gets stripped.

“If that is the case, we’ll have to make the best decision for his future.”