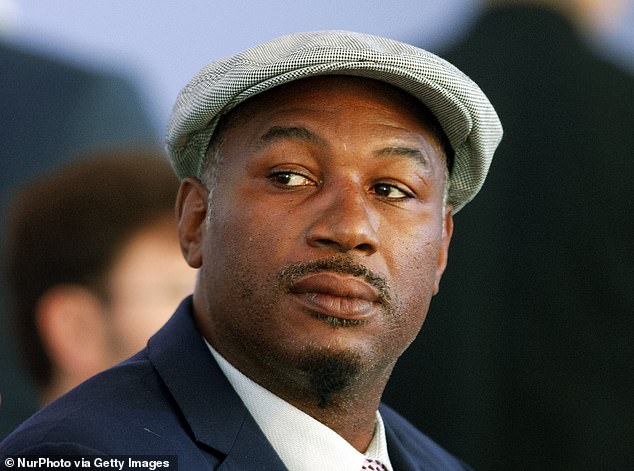 Lennox Lewis has told Anthony Joshua to sack trainer Rob McCracken in the wake of his extraordinary defeat against Andy Ruiz.

McCracken has overseen Joshua’s ascent to an Olympic gold medal and the IBF, WBA and WBO world titles, but Lewis believes a major change is necessary following the huge upset at Madison Square Garden on Saturday.

Lewis, who switched trainers to Manny Steward after a shock defeat against Oliver McCall in 1994, said:

‘I say you can’t go to university with your third grade teacher. They won’t have the answers you need at that level. You need a professor by then.

‘McCracken is A1 without question but maybe not the fit for the style AJ needs to fight.

‘I switched to Manny Steward who understood how to leverage all of my physical attributes and skills and showed me everything I needed to know for success.’

Lewis added: ‘He (McCracken) may not be right for the type of style that AJ needs to master. Aside from that, AJ was not prepared for anything Ruiz brought to table.’

It is a harsh assessment of McCracken who, in addition to steering Joshua to the summit in both the professional and amateur ranks, also trained Carl Froch at the highest level.

There have not been any indications from the Joshua camp that such a drastic move is forthcoming.

Lewis’s suggestions came as Eddie Hearn denied reports that Joshua was knocked out in sparring in the weeks before the fight.

It has been claimed that he was dropped by Agit Kabayel, the European champion, which has also been held up as a reason why Joshua had marks on his face ahead of his knockout defeat by Ruiz.

But Hearn told Sportsmail on Monday night that Joshua was not decked by any of his partners and that Kabayel was never involved in sparring.