Joshua Should NOT Do a Direct Rematch – Robles 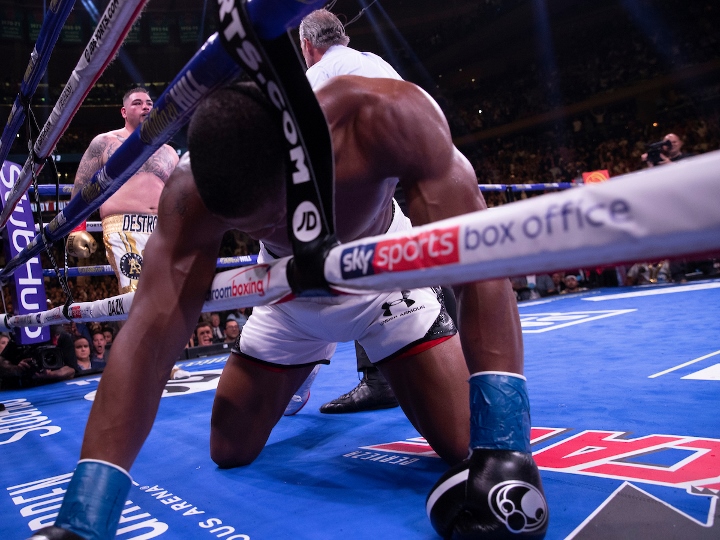 If Manny Robles was the trainer of Anthony Joshua, he would not be taking the direct rematch with Andy Ruiz, but he is not the coach of the Briton. Robles is the head trainer of Ruiz, and he welcomes a direct rematch between the two at the end of the year.

Robles will allow Ruiz to rest for the remainder of June and then head back to work in July.

“In my opinion, if it’s the direct rematch, that’s better, (Andy) already did two fights in a row, it was 15 weeks of work,” said Robles to ESPN Deportes.

“If I were Joshua’s coach, I would ask him to take a break, wait a year, choose to fight with someone else and do one or two fights before fighting with Ruiz.”

But there will be a direct rematch, as Joshua activated the immediate rematch clause.

Robles is not alone in his position, as others like promoter Bob Arum of Top Rank are in agreement Joshua is making a big mistake in facing Ruiz right away.

Back on June 1 at Madison Square Garden in New York City, Ruiz dropped Joshua four times to secure a stoppage in the seventh round – and captured the WBO, IBF, IBO, WBA world titles.

Robles, a native of Guadalajara, has accepted that the task is greater and they must keep their feet planted on the ground.

“My duty as a coach is to keep him grounded on the floor, talk to him and not lose ground or humility, keep his feet on the ground, let’s enjoy this for a few days and weeks, enjoy it with the media and then work. The commitment is bigger, the responsibility is bigger,” Robles stated.

“We knew that if we won the championship, if we pulled off the surprise, our lives would change. But in reality you do not know to what extent this changes your life, by winning the championship fight we were going to change the history of Mexican boxing. We wanted Mexico to have its first heavyweight world champion, but we never imagined ourselves that it would happen in this way.”