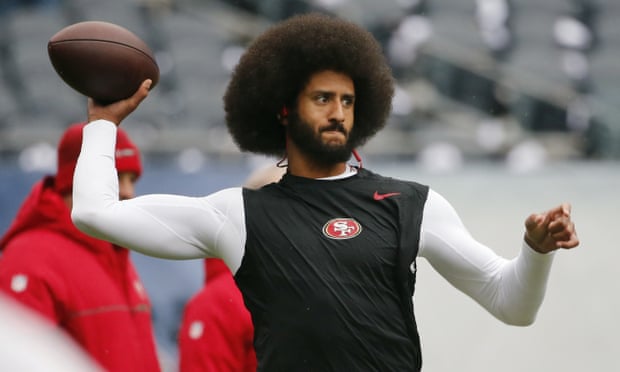 Colin Kaepernick’s hopes of playing in the NFL again have been hurt by the Baltimore Ravens owner Steve Bisciotti, according to a report.

ESPN’s Dianna Russini said John Harbaugh, the team’s head coach, and general manager Ozzy Newsome are keen on recruiting Kaepernick as a backup to their starting quarterback Joe Flacco, but Bisciotti has blocked the move.

It’s doubtful Bisciotti objects to Kaepernick as a player: the quarterback led San Francisco to Super Bowl XLVII, and threw 16 touchdowns with four interceptions in 12 games for the 49ers last season – a far better ratio than many starting quarterbacks in the league.

But his refusal to stand for the national anthem in protest against police brutality and racial injustice became a far bigger story than his on-field performance, and he was accused by some NFL fans of being unpatriotic and disrespectful to the military. Baltimore, close to the United States naval academy in Annapolis, has ties to the military.

On Sunday, Bisciotti was asked how signing Kaepernick could affect the Ravens’ brand. “I hope we do what is best for the team and balance that with what is best for our fans,” he told the Baltimore Sun.

“Your opinions matter to us. We’re very sensitive to it, and we’re monitoring it, and we’re trying to figure out what’s the right tact. So pray for us.” 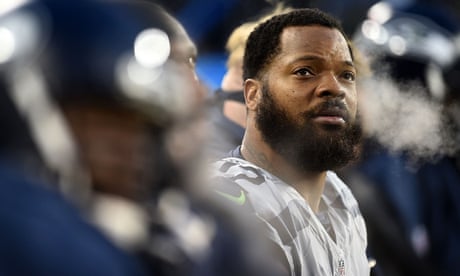 Bisciotti would not be the first owner to worry how signing Kaepernick would affect the team’s fanbase. In May, the New York Giants co-owner John Mara said it was an “emotional issue”.

“All my years being in the league, I never received more emotional mail from people than I did about that issue,” Mara told the MMQB.

“If any of your players ever do that, we are never coming to another Giants game. It wasn’t one or two letters. It was a lot. It’s an emotional, emotional issue for a lot of people, more so than any other issue I’ve run into.”

Mara was criticized for his comments after it was pointed out the team had offered Josh Brown a new contract despite the player’s suspension for domestic violence. Whether Kaepernick is bad for business is also debatable: his shirt was one of the best-selling jerseys last season.

NFL owners are traditionally conservative. In the last US election cycle, they funnelled $8,052,410 toward Republican efforts compared with $189,610.72 for Democratic causes – a ratio that favors the Republican party by more than 40 to 1.

Ravens players, for their part, said they would be happy to welcome Kaepernick as a team-mate.

“If he’s going to help us win we have no issues,” said veteran linebacker Terrell Suggs. “Not in the locker room. Hell yeah, we want him.”

The only player who has objected vocally is Flacco, who joked that Kaepernick is good enough to take his job.

“I would like to see Colin get back in [the league] and, at some point, maybe get another shot, [to be a starting quarterback],” Flacco told reporters.

“I wouldn’t like that to be here. I do not want him to get another shot [to start] here, but yes, he can come here and have some fun. I think it would be a good spot for him.”

Although Kaepernick has said he would stand for the anthem this season if he is picked up by a team, he is still active in political causes.

He celebrated the Fourth of July in Ghana, and said he had made the journey to find “personal independence”.

The 29-year-old posted a video on Twitter asking: “How can we truly celebrate independence on a day that intentionally robbed our ancestors of theirs?”

“I think the league is built on middle America, and most of the middle of America is predominantly a white crowd,” Bennett said.

“That’s just the truth of it. I think race is not something that the NFL wants to be a part of or get behind. But the league is predominantly African American.

“So the issue that he’s dealing with is what we’re all dealing with. We all come from the inner city or we’ve been a part of communities where we felt like we’ve been judged because of the colour of our skin or who we like or if a woman – any issue to deal with. We’ve all been dealing with it with someone in our family.”