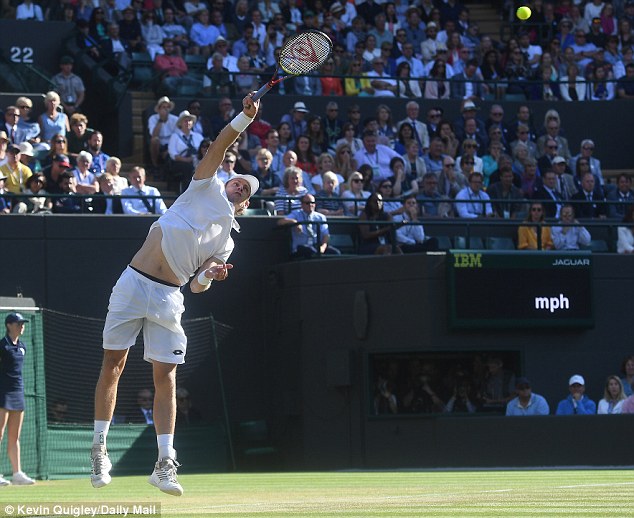 Roger Federer crashed out of Wimbledon after a marathon five-set shoot-out with big-serving Kevin Anderson in the quarter-finals.

Federer found himself scheduled on Court One having been ousted from his usual Centre Court domain for the first time in three years. 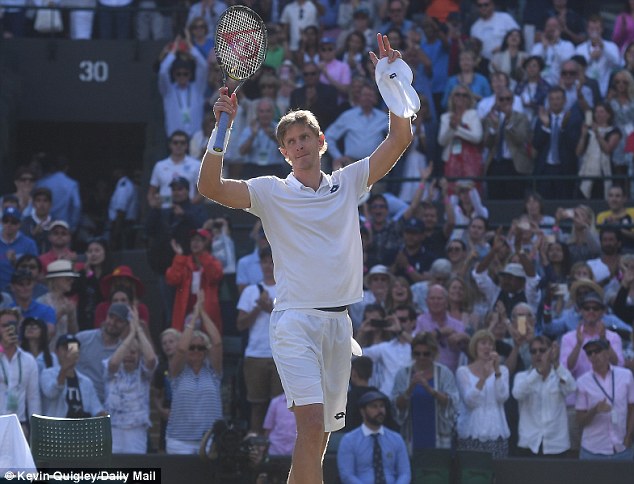 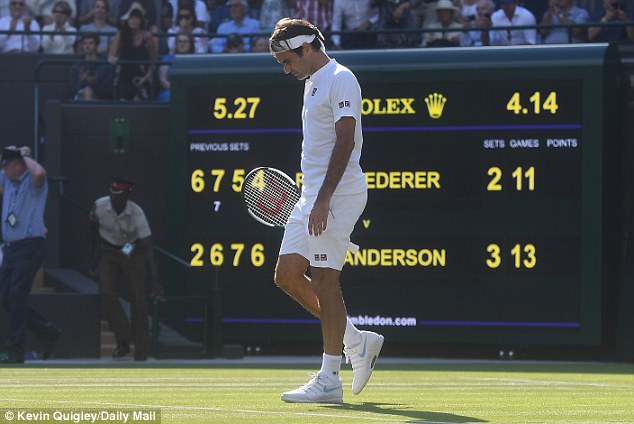 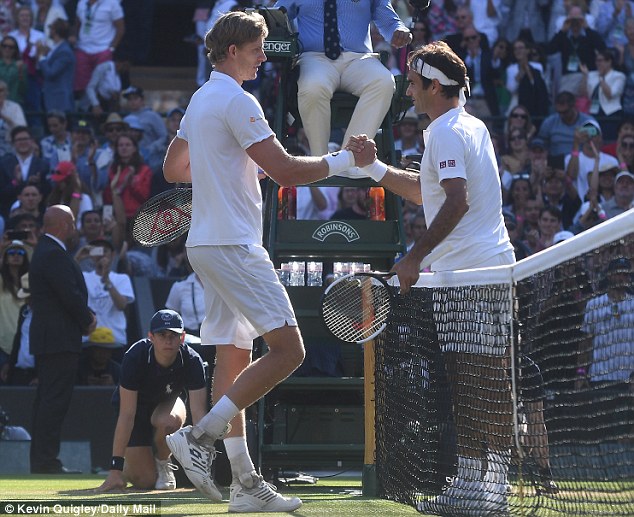 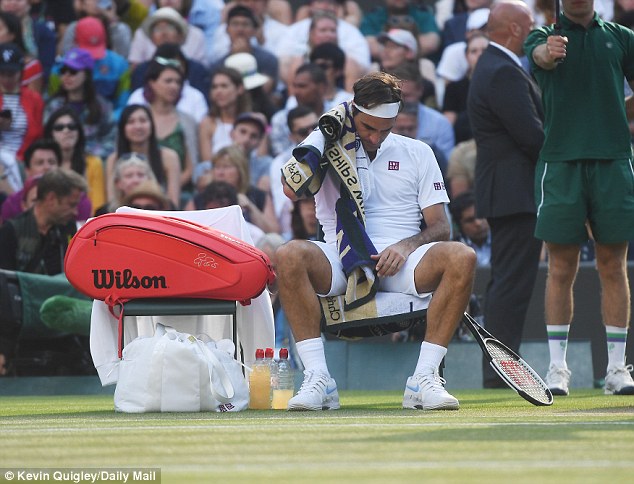 But he found himself in even more unfamiliar territory with an inspired Anderson’s relentless, thudding serve eventually overpowering the 20-time grand slam winner.

The setting was not the only thing alien to the defending champion.

When Anderson broke in the second set it was the first time the Swiss had dropped serve at this Wimbledon.

In their four previous meetings Anderson, 32, had not taken a set off Federer. Nor had anyone over the last 34 sets Federer had played at the All England Club, until Anderson nicked the third.

That meant Federer had equalled but not bettered his previous best set-winning streak which came between the third round in 2005 and the final in 2006. But that turned out to be the least of his worries.

There was little sign of the drama which unfolded when Federer raced through the first set in 26 minutes. 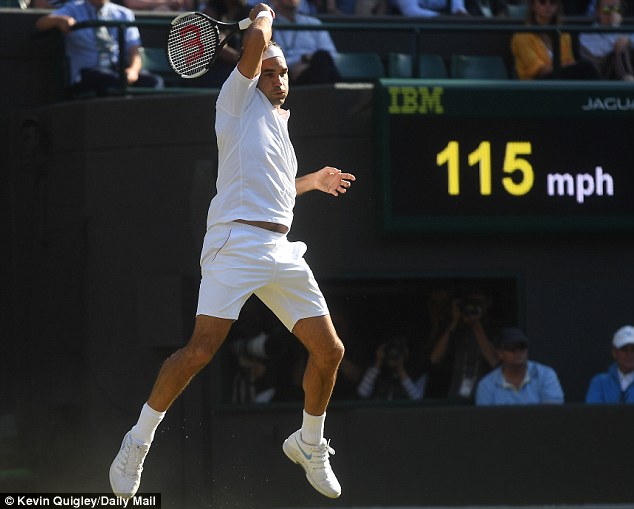 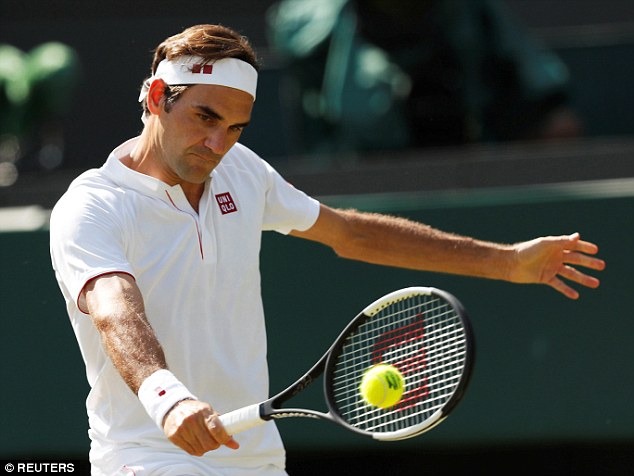 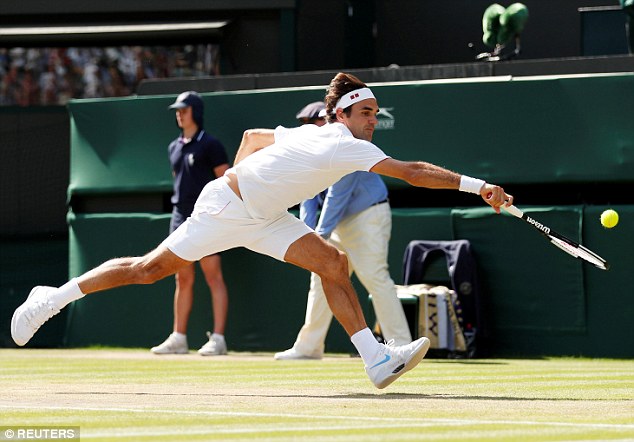 Yet Anderson, the eighth seed, was meant to pose a far greater threat to Federer than his previous four opponents, and so it proved.

The first hiccup surfaced at the start of the second set with Anderson breaking the Federer serve and ending that run of holds.

Normal service was resumed for a while at least as Federer held to love before immediately breaking back and taking the ensuing tie-break.

Anderson was sticking to his guns, though, and after saving match point the eighth seed secured another break of the Federer serve and snatched a set back.

When Anderson broke again in the fourth, Federer was suddenly on the ropes.

The Swiss lost the set in a flurry of aces, with Anderson’s relentless, powerful serve sending the match into a decider.

The final set lasted 90 minutes, and it was captivating stuff. Federer eked out a break point at 4-3, Anderson quickly snuffed it out, then Anderson served to stay in the match, and did so to love. 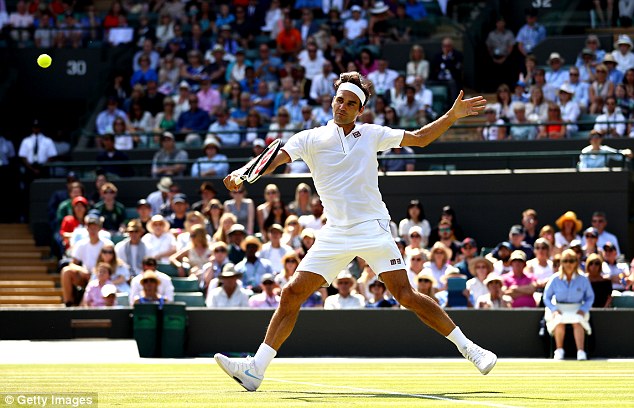 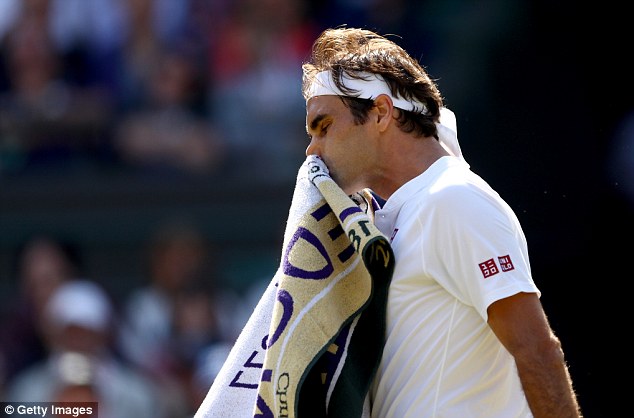 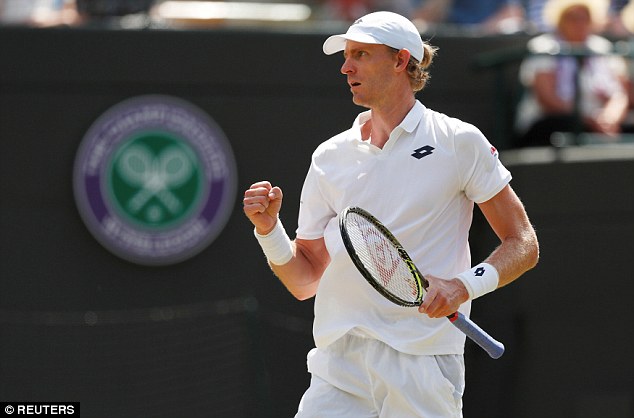 Anderson celebrates during his remarkable comeback against the eight-time champion

On they went, both holding to love for 10-10, but at 11-11 it was Federer who blinked first, a double fault handing Anderson a rare break point which he converted.

Anderson needed four more booming serves to reach a first Wimbledon semi-final, and he found them.

Federer had been pursuing a 13th Wimbledon semi-final and a 44th appearance in the last four of a grand slam.

‘I’m not quite sure what to say, I had to try my best to keep fighting,’ Anderson told the BBC.

‘I scraped through the third and fourth sets and by the end I thought I did a great job. Beating Roger Federer will be one to remember, certainly in such a close match.

‘I just kept telling myself to keep believing, and that today it would be my day. That’s the mindset you need against someone like Roger. I just gave it my all and I’m ecstatic to get through that.’ 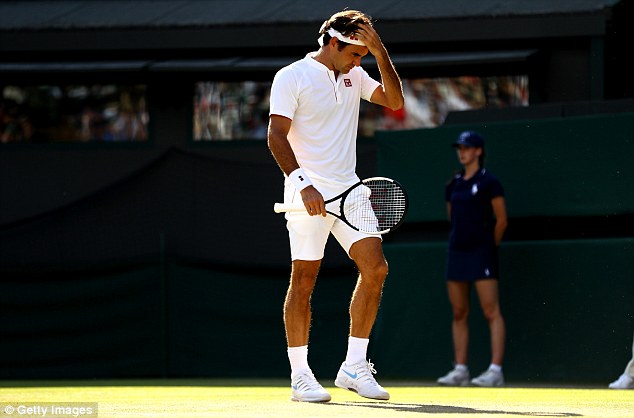 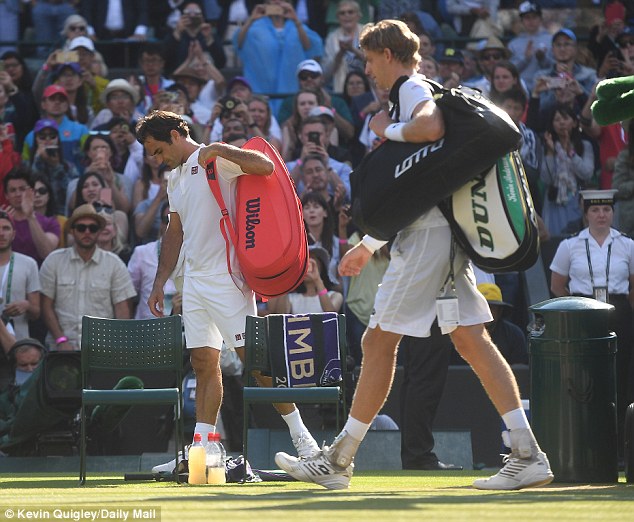