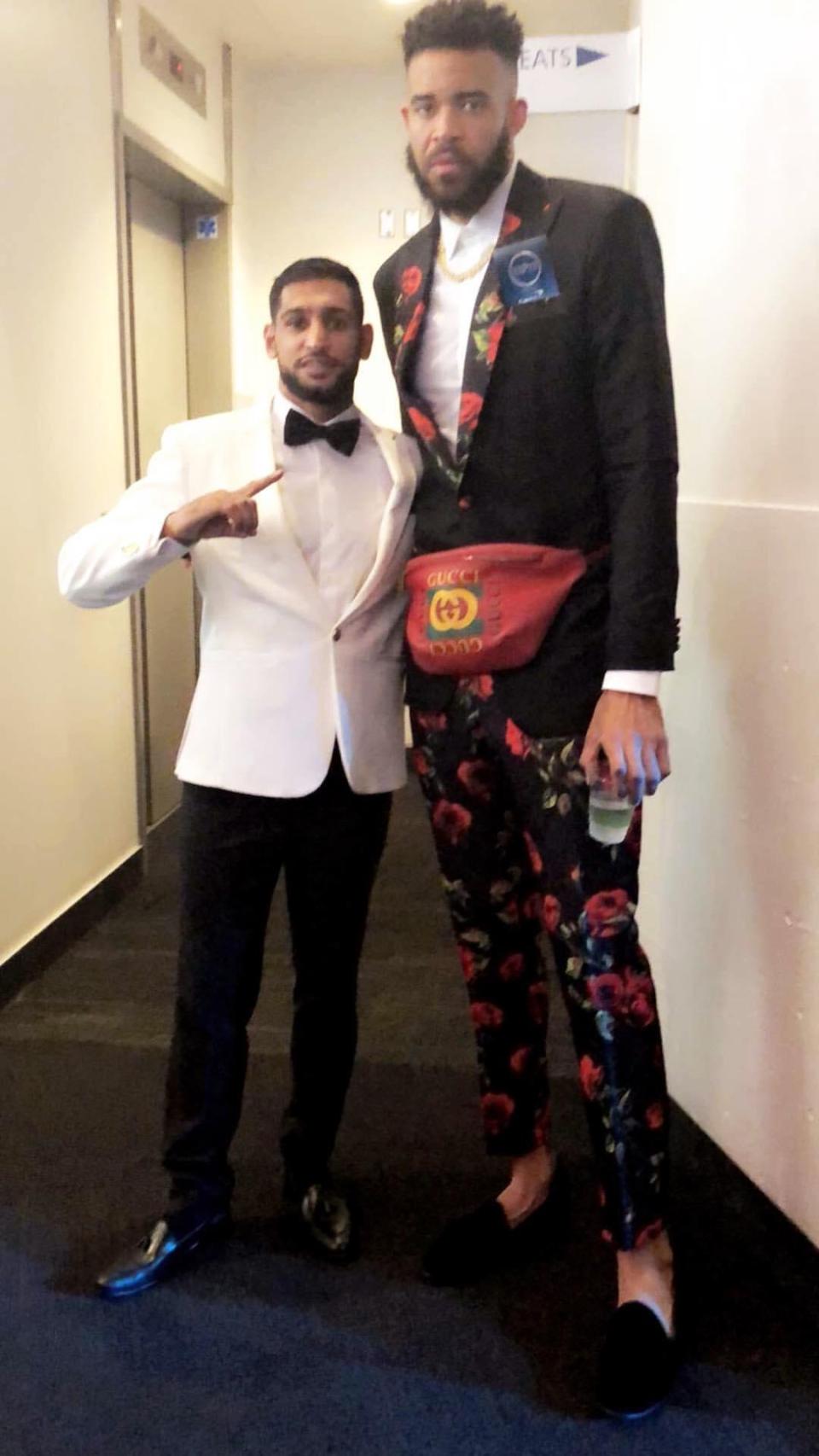 The 5ft 8ins Bolton boxer was snapped next to the 7ft NBA star at ESPN’s annual, glamorous red carpet event in Los Angeles.

Amir Khan says he wants to fight Kell Brook or Manny Pacquiao after he has seen off his next opponent, Samuel Vargas.

McGee has no reason to be upset either, having come off the back of consecutive NBA title wins with the Golden State Warriors.

And now the gaffe-prone centre has teamed-up with superstar LeBron James at the Lakers ahead of the 2018-19 season.

Ex-NASCAR driver Danica Patrick hosted the glitzy event – becoming the first woman to do so.

A range of greats from all sports – including boxing, football, gymnastics, golf and the NFL – were in attendance to watch the action unfold.

On the night – despite not being in attendance – new Juventus striker Cristiano Ronaldo was still able to add another award to his collection.

Amir Khan confirms next fight with Samuel Vargas in Birmingham