Klopp determined to lift Kops out of freefall

The Liverpool manager dreams of winning the final 14 matches of the season – starting with Tottenham Hotspur’s visit to Anfield on Saturday – but “knows how that sounds” following a demoralising run of one win in 10 matches.

The team’s rapid regression from Premier League title contention to fifth in the table, 13 points adrift of Chelsea, has invited widespread criticism with the lack of January signings, owners Fenway Sports Group and a perceived shortage of leaders on the pitch all under scrutiny.

However, Klopp, who tellingly said on Friday, “we are still convinced it is a long-term project”, insists the blame rests with him. 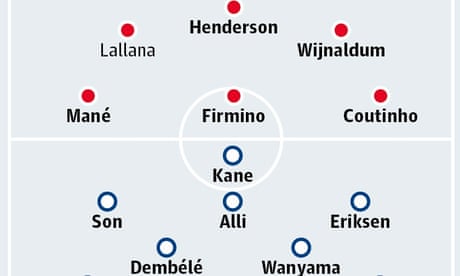 “If it was that easy then open a market for leaders and we will buy all of them and then our problems are solved,” he said on the alleged lack of leadership within the team. “In my understanding, the manager has to be the main leader in a football team.

“I don’t look for someone to blame. I saw individual performances and sometimes there is an explanation for them. That is not interesting for the public but it is interesting for me to know about. At the end, we can only fix it together. If I start blaming one or two players and they start blaming me that doesn’t help.

“What can I say about where people should look? I am the guy responsible. I don’t sit at home and criticise myself and take a bath in self-pity. I did all the things I did because I thought they were right. Did I have another alternative? I’m not sure.

“We have to accept everything that everyone is saying about us. If anyone criticises the players? Yes, that is OK. That is our life. I’m sure a lot of people will have criticised me, too. That is absolutely fine as long as there is a point in the week where you think: ‘OK, we have another game, let’s go again.’

“We have to accept we cannot be champions this year but there is still everything else to go for. The second place? The holy grail? It is still to get and that is what we have to fight for. It is all the more difficult with these results in your bag but, as long as we accept it, that is part of the job. You win? Everything is unbelievable. You lose? Oh, my God! We have to stay in the middle.”

He admits: “We recognise that at one point we lost the flow”, and believes the injury to Philippe Coutinho, plus his struggle to regain match sharpness, refereeing decisions and other fitness problems have disrupted the team overall.

As for the performance at the KCom Stadium specifically, Klopp’s analysis revealed myriad failings.

“It was about the spaces between our lines, timing for passing, counter-pressing; all of this together.

The formation was not compact enough. Our lines didn’t push up enough to be ready for the next situation. We lost a lot of simple balls not in challenges but in our passing game because we were not patient enough to wait for the right moment. We didn’t speed up when we needed to speed up. Bad games are really similar most of the time and this was a bad game. 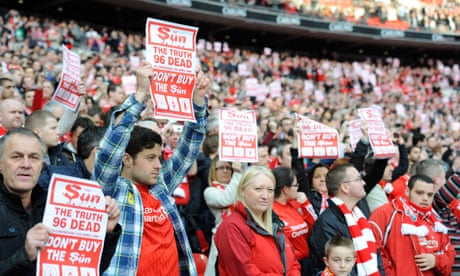 “The smallest problem at half-time was we were 1-0 down because that was only one situation. There were 300, 400 other situations and that was the problem.
“With being a little bit more compact, direct and speeding up in the right moments, we looked completely different and Hull were lucky to defend against us.
“Then, they had one more chance and scored. When we were 1-0 down the pressure was there in our situation and it is the pressure that makes you not as clinical as you should be in a finishing situation.
“We cannot change it but we can take information from it.”

Klopp has told his players it is conceivable they can win all their remaining league matches to secure qualification for the Champions League.

“That is how football is. We have 14 games and it is possible to win 14 games. The players know, I told them. They heard me. If they know and feel it we will see.”

Liverpool, for all the despondency surrounding recent results, are unbeaten in matches against their top six rivals this season, with their defeats coming against Hull, Swansea City, Bournemouth and Burnley.

Klopp believes misfortune has also played a part in his team slipping out of the top four, albeit only four points behind second-placed Spurs.

“You cannot be champions without luck and we had the opposite of luck until now,” he said.

“Between us here, we didn’t have luck. Injuries in the wrong moment, referee’s decisions, offside or not, goals conceded, penalties not given and what not.

“To judge the squad this season is only possible if you keep Phil [Coutinho] at the highest level because that is what Chelsea have – they are going through the season with 13 or 14 players max.

“We didn’t do everything right in games, that is true, but it is not as bad as how it looks.

“We have to learn for next season, and there still will be a next season. Life is not as bad as it looks at the moment. It is football and we can sort it.”