Jurgen Klopp vowed that his Liverpool team would bounce straight back from the shock 3-0 defeat by Watford that ruined their chances of going the entire Premier League season unbeaten and matching the Arsenal Invincibles of 2003-04.

Liverpool’s unbeaten run was brought to a juddering halt after 44 games – five short of Arsenal’s record run of 49 – by a Watford team battling against relegation in the biggest shock of the season so far, although Liverpool remain 22 points clear of Manchester City at the top of the table.

Klopp said that although he and his players, who had only dropped two points in their 27 games before Sunday night, were disappointed by their first league defeat since January 3, 2019, he expected the loss to liberate them from the pressure of trying to safeguard their shot at history. 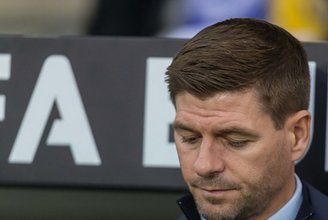 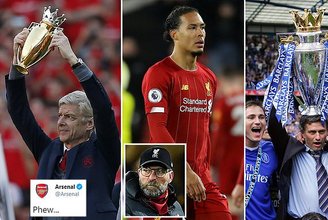 Liverpool’s unbeaten Premier League run is over at 44 games after shock defeat at Watford… so how do Jurgen Klopp’s side compare to Arsenal’s ‘Invincibles’ and Mourinho’s Chelsea side that went 40 undefeated?

‘That’s not now a plus for me that in history when they look back in 500 years, they will say ‘Liverpool nearly did it’ but we cannot change that. Some time we will lose a game. We did not wait for it but tonight it happened.

‘I see it rather as a positive because from now on we can play free football again. I’m not bothered but I’m not sure how other people think about it. We don’t have to try to defend or try to get the record. We just have to try to win football games again and that is what we will do.

‘We don’t think it’s not so important because we won so many games but we don’t feel it’s the biggest catastrophe in the world of football. We feel the defeat. Now we have the chance to show a reaction again. Some people saw it coming. Did I see it coming? No.

‘We have to stay on track. What the boys did so far is exceptional. But it’s not over. That’s the only thing I am interested in. It’s not over. We will go again. I promise. One hundred per cent and then we will see where it leads us to. It will never be easy so let’s carry on.’