As Robert Kraft faces two counts of soliciting prostitution in connection with a human trafficking sting in Florida (allegations Kraft denies), a source tells PEOPLE that the New England Patriots owner has become a “very different person” since his beloved wife’s death in 2011.

“Bob Kraft had a fairytale romance with his wife, and they had this incredible marriage,” the source says of Kraft’s bond with late wife Myra, to whom he was married for 48 years before she died of cancer at age 68 in 2011.

“When she died, he was devastated and it hit him really hard,” the source continues. “Everyone in his world was hit super hard by that.”

“But then people were a little bit surprised to see that he moved on fairly quickly,” the source says of Kraft’s relationship with Ricki Lander, 39, whom he’s been dating for six years. “He started dating this much younger woman and a lot of people were raising their eyebrows.”

The source says Kraft “seems like a very different person” as he’s struck up new friendships and endeavours, including an investment in an e-sports team from the Overwatch League.

He has hung out with rapper Meek Mill, 31, whom Kraft visited in prison and publicly defended alongside other celebrities amid Mill’s legal battle. Mill was sentenced in November 2017 for a minimum of two years for violating probation in a 2008 gun and drug case by getting arrested twice. He was released in April 2018 after serving five months of the sentence.

“It’s just sad,” Kraft told reporters last April, according to The Boston Globe. “This guy is a great guy and shouldn’t be here.”

And in early February, Kraft danced on stage with Cardi B at a party during Super Bowl weekend while the hitmaker performed her song “Money.” 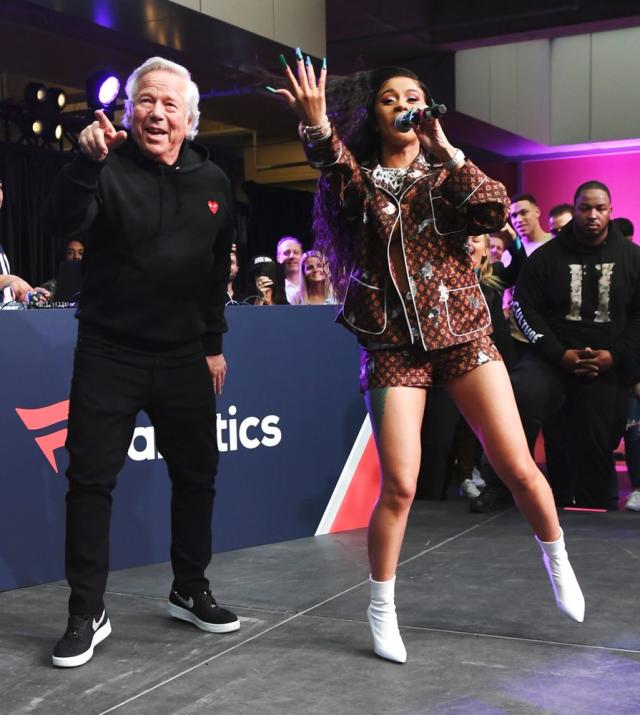 After the New England Patriots won their sixth Super Bowl in early February, Kraft celebrated with the rest of the team, sharing an intimate hug with quarterback Tom Brady.

“Mr. Kraft has been like a second father to me in so many ways,” Brady, 41, told radio station WEEI in December 2018. “He’s been part of so many important events in my life. He was at my wedding. I love him like a dad. He’s always around. He does a great job… He provides great guidance and leadership.” 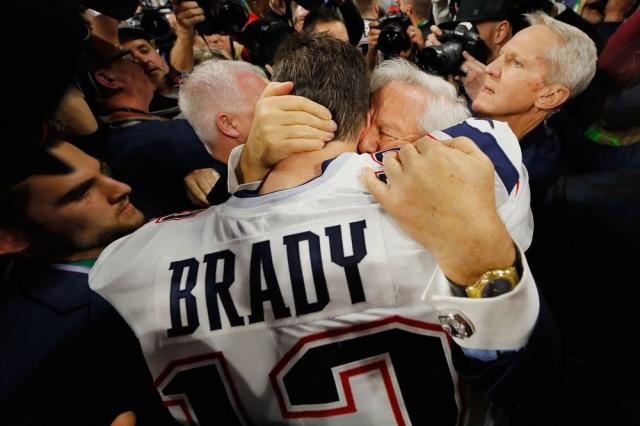 Kraft shares four adult sons with his late wife. In one obituary, Myra was remembered as a philanthropist who chaired the boards of the Combined Jewish Philanthropies of Greater Boston and the Boys & Girls Clubs of Boston. Former Massachusetts Gov. Deval Patrick called her “a pillar of our community and a beloved friend.”

In September 2012, Kraft told Forbes of his wife’s death, “I will always have a broken heart.”

In a 2013 interview with the Boston Globe, Kraft admitted how lonely he had been since his wife’s death. “I sort of feel robbed,” Kraft said of losing his wife. “I try to stay very busy, I basically work seven days a week. I try to do new things, to meet new people.” 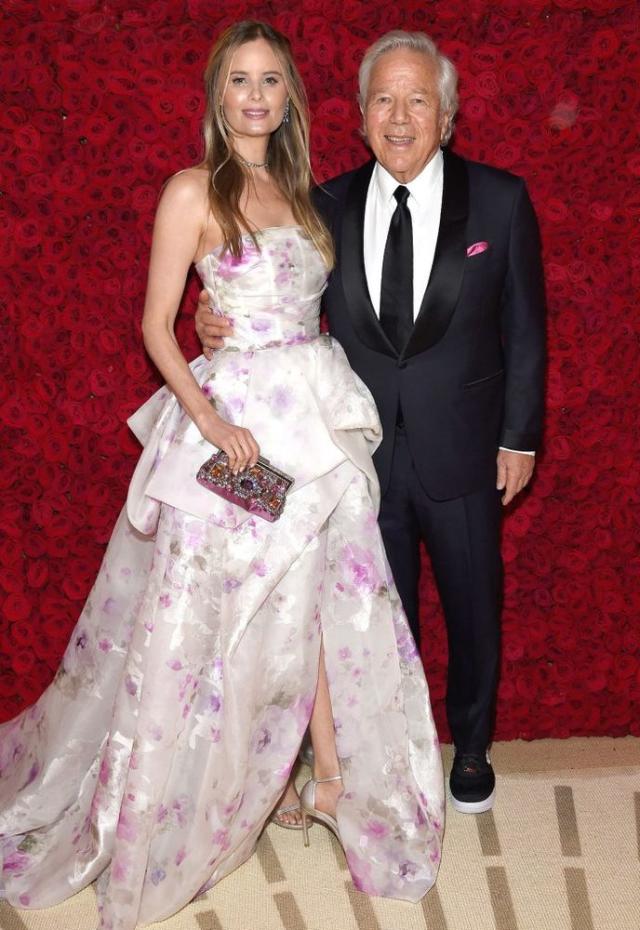 RELATED: Who Is Ricki Lander? All About the New Mom and Girlfriend to Patriots Owner Robert Kraft

In March 2018, it was revealed that Lander had given birth to a baby in fall of 2017, but Kraft denied paternity.

“While Robert Kraft is not the biological father, he is thrilled with Ricki’s blessing of having a healthy child,” a spokesperson for Kraft told PEOPLE at the time. “With respect to her family’s privacy, we will not be commenting any further.”

Though he’s not the baby’s father, a source told PEOPLE in 2018 that Kraft has been supportive of Lander becoming a mother. The insider said Kraft splits his time between his home in Boston and Los Angeles, where Lander lives in a house he owns.

Police announced Friday that Kraft had been charged with two counts of soliciting prostitution in connection with a human trafficking sting tied to a chain of Florida massage parlors.

The allegations stem from two separate visits by Kraft to the Orchids of Asia Day Spa, which has been identified as part of an alleged human trafficking and prostitution network, reports the Palm Beach Post.

Police said the visits by Kraft to the spa occurred in January.

A spokesman for Kraft told PEOPLE, “We categorically deny that Mr. Kraft engaged in any illegal activity. Because it is a judicial matter, we will not be commenting further.”