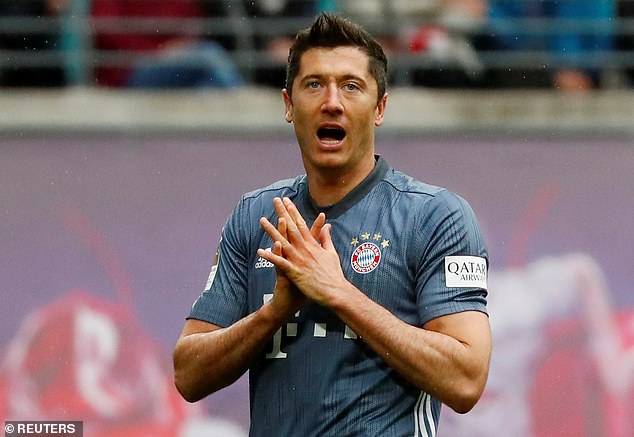 Manchester United have made an approach for Robert Lewandowski as he continues to stall on a new Bayern Munich deal, according to reports in Germany.

The Bundesliga giants are attempting to get their star man to commit to a new deal this summer but Lewandowski has doubts over extending his stay at the Allianz Arena.

According to German publication Kicker, Bayern will make one final push to get the striker to sign a new contract following the German Cup final against RB Leipzig on May 25.

The 30-year-old’s current deal expires in the summer of 2021 and Bayern want to extend that by a further year.

However, the Poland international could be swayed by a move away having been the subject of enquiries from United, as well as Ligue 1 giants Paris Saint-Germain.

Lewandowski has caught the eye of United for a while now and Ole Gunnar Solskjaer is looking to rebuild his squad after a disappointing sixth-placed finish in the Premier League.

United are searching for a striker to lead the line and fire them back into the Champions League at the first time of asking. 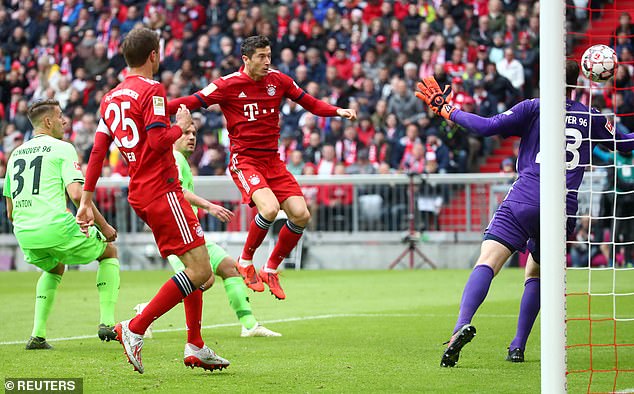 Lewandowski is set to yet again win the Bundesliga Golden Boot, having scored 22 times in 32 appearances in the German top-flight this season.

The striker sits four goals clear of Borussia Dortmund’s Paco Alcacer in the goalscoring charts with just one match remaining.

Lewandowski is also on the verge of winning yet another Bundesliga title with Bayern, with his side needing just a point from their final game against Frankfurt.