The Sun will not be permitted to report on the club’s matches from Anfield and be given no access to interview players or the manager, Jürgen Klopp.

The decision is understood to have been taken by Liverpool’s Boston-based owners, led by the financier John Henry, after club executives had discussions with families whose relatives were killed at Hillsborough at the 1989 FA Cup semi final. 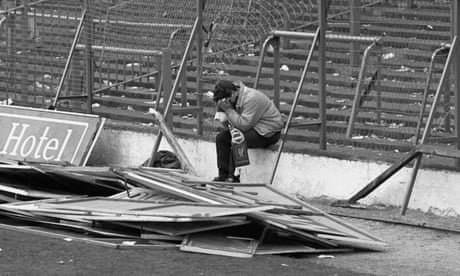 Hillsborough: a day that began with hope and ended in avoidable tragedy

Bereaved families, survivors and supporters have never forgiven the Sun for its coverage four days after the disaster, in which it ran extremely damaging allegations about Liverpool supporters’ behaviour under the headline ‘The Truth’, which are now established to have been false, told by unnamed South Yorkshire police officers.

The Independent Police Complaints Commission has conducted a wide-ranging inquiry into which officers made the allegations, as part of its criminal investigation into possible perverting of the course of justice by South Yorkshire police officers.

Renewed campaigns to boycott the paper have grown on Merseyside since the jury at the new inquests into the deaths found last April that the 96 people were unlawfully killed, due to manslaughter by gross negligence of the South Yorkshire police officer in command of the match, Ch Supt David Duckenfield.

The Total Eclipse of The S*n‚ campaign was supported by the Hillsborough Family Support Group, and led to agreements by some retailers not to stock the paper, and to Liverpool city council supporting the wider boycott.

Liverpool were approached by the campaign, then discussed with families the possibility of withdrawing accreditation from the paper. The families are understood to have said that they did not believe the Sun should be given access to the club, which was supported by all the 96 people who died, given the damage its coverage did days after the disaster. The decision to ban the paper was taken on Thursday night. 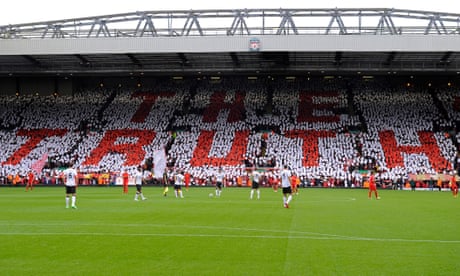 How the Sun’s ‘truth’ about Hillsborough unravelled

On Wednesday 19 April, four days after the disaster, with 95 people confirmed dead – the 96th victim, Tony Bland, suffered irreversible brain damage and had his life support turned off in 1993 – The Sun, then edited by Kelvin McKenzie, ran its infamous front page.

It reported as fact a series of allegations made by unnamed South Yorkshire police sources, principally that some Liverpool supporters had attacked and urinated on “brave cops” as they attempted to save people, and that some supporters had stolen from dead bodies.

The coverage caused tremendous distress to families in the first stages of shock and grief at the loss of their relatives, and among survivors of the deadly crush and Liverpool supporters, many of whom were filmed working hard to help save and rescue victims. Families believe that the huge, uncritical publicity given to those lurid stories greatly contributed to their difficulties in having the real truth established, leading to a traumatic justice campaign and legal battle for 27 years until last April’s inquests verdict.

The coverage led to an immediate boycott of the Sun on Merseyside, which has been strongly adhered to, and attempted apologies made by the paper, and latterly McKenzie, years after the stories were run, have never been accepted by the bereaved family groups. 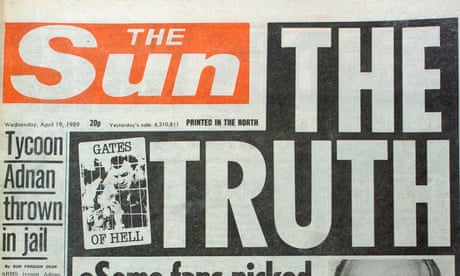 Liverpool councillors call on shops to stop selling the Sun

Liverpool sources confirmed that the decision had been taken to ban the newspaper, but said the club will not be making an official comment. Over the years of bereaved families campaigning for justice, Liverpool has consulted with the HFSG on policy issues relating to Hillsborough.

The HFSG declined to comment officially. Speaking in a personal capacity, Trevor Hicks, president of the HFSG, whose teenage daughters Sarah and Vicki were among the 96 people killed at Hillsborough, said: “The Sun’s coverage did enormous damage to me, [his then wife] Jenni and all the families and caused us great distress. We tried to contact the Sun many years ago; we asked them to name their sources for the scurrilous stories, but we never got that and we have never moved on since.

“We did not accept that the apologies they have made were genuine, and we support Liverpool football club banning the paper. All the 96 people who died supported Liverpool, Anfield is our spiritual home, and there was an element of the place being besmirched by the presence of the Sun.”

In a statement, a Sun spokesperson said: “The Sun and Liverpool FC have had a solid working relationship for the 28 years since the Hillsborough tragedy. Banning journalists from a club is bad for fans and bad for football. The Sun can reassure readers this won’t affect our full football coverage.

“The Sun deeply regrets its reporting of the tragic events at Hillsborough and understands the damage caused by those reports is still felt by many in the city. A new generation of journalists on the paper congratulate the families on the hard fought victory they have achieved through the inquest. It is to their credit that the truth has emerged and, whilst we can’t undo the damage done, we would like to further a dialogue with the city and to show that the paper has respect for the people of Liverpool.”