Liverpool: Brewster to the rescue?

It either takes a brave manager or a debilitating injury crisis to throw someone so young into a Champions League semi-final against probably the best team in the world at the moment.

But Liverpool have both and that’s why Brewster could be involved as they try to claw back a three-goal deficit at Anfield and reach a second successive Champions League final.

Asked if Brewster would play in the absence of forwards Mohamed Salah and Roberto Firmino, manager Jurgen Klopp said: ‘He’s ready, yes. There is a big chance. It’s nearly sure. It’s guaranteed.’

It’s the ultimate reward for Brewster’s patience and dedication after suffering a series of injury setbacks that have cost him a whole year at a crucial stage of his development.

And it’s also the realisation of promises Liverpool made last summer to persuade Brewster to sign a new five-year contract there and not follow his former England team-mate Jadon Sancho’s example by moving to the Bundesliga.

It is just 18 months ago that Brewster finished as the tournament’s leading scorer when England won the Under-17 World Cup in India.

From that high, it appeared a first-team breakthrough at Liverpool – or at least a senior debut – was inevitable but injuries intervened.

Just three months after winning the Golden Boot at the World Cup, Brewster damaged ankle ligaments while competing in an aerial challenge during an Under-23 match against Manchester City.

He underwent a successful operation to repair the ligaments that month but discomfort in his knee followed, stemming from the same challenge.

Brewster required a second operation in March which ruled him out until the start of the present campaign.

However, a succession of further setbacks kept Brewster sidelined until the middle of last month, when he finally returned by scoring a goal and supplying an assist as Liverpool’s Under 23s won 6-0 at Leicester.

It was a year that saw Brewster in rehab alongside Alex Oxlade-Chamberlain and naturally it was a long and frustrating process for a teenager desperate to make further strides in his blossoming career. 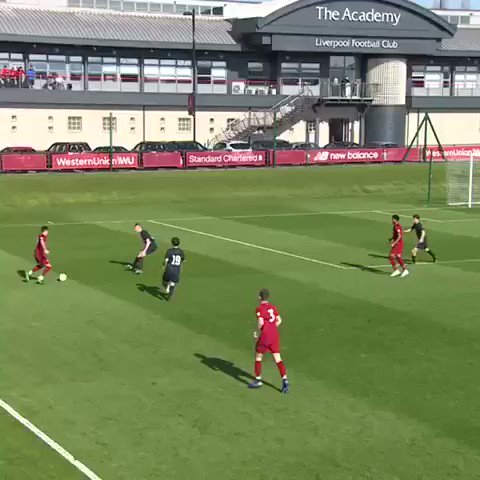 Just want to say the Support over the last 15 or so months since i got injured, has been crazy so thank you to all the fans for your constant love and praise be to god always!

As he admitted in February: ‘There were so many points during the rehab where I thought I wanted to scrap football or I was feeling annoyed at the situation I was in.

‘But to get through it and reach the other end, it’s shown me I am a strong person and that I know what I want to do.’

A further complication during the process concerned his contract situation at Anfield.

It certainly seemed tempting given Liverpool’s wealth of top class attacking options ahead of him in the pecking order and the success of Sancho, whom he played with at the Under-17 World Cup, at Borussia Dortmund.

But it was a sign of Liverpool’s faith in his abilities that they threatened to report Gladbach to FIFA for an illegal approach, with a scheduled pre-season friendly between the clubs cancelled.

In the end, Klopp and Liverpool’s sporting director Michael Edwards cited the progress of Trent Alexander-Arnold as an example of what could be achieved if he stayed at Anfield and Brewster duly signed.

Now back to full fitness, Brewster will hope to show the same maturity of talent as the maturity of mind he showed in 2017 when, as a 17-year-old, he spoke out about his experiences of racism.

Brewster was allegedly racially abused by a Spartak Moscow player during a UEFA Youth League match in December 2017, but UEFA ruled there was insufficient evidence to take the matter further.

He also said he was racially abused during the Under-17 European Championship and in a number of other youth matches for club and country.

After all the setbacks and frustrations, Brewster has the chance to impress on club football’s biggest stage.