The vacant WBC lightweight title will be at stake in the contest.

The World Boxing Council is placing a lot of pressure on both sides to finalize the fight. 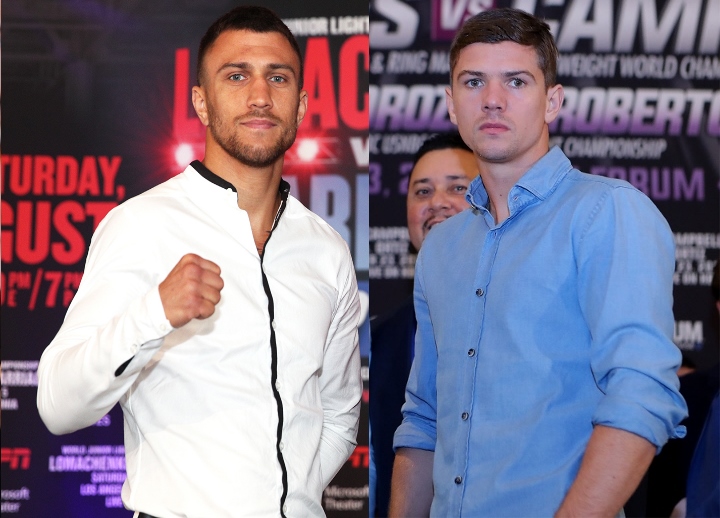 According to Arum, the fight will indeed take place in the UK – with Campbell’s promoter, Eddie Hearn of Matchroom, setting aside the O2 Arena in London.

Lomachenko and Campbell are both Olympic gold medal winners.

The fight became possible when Mikey Garcia, who back in March moved up to the welterweight division to face IBF world champion Errol Spence, vacated the belt and became the champion in recess.

“I wish I could [confirm the fight], but Eddie has a deal in place with us for Lomachenko, he’s trying to finalise a deal with Campbell,” Arum said to IFL TV.

“Loma really is looking forward to fighting in England. He attended a fight recently with Usyk, his best friend, who fought Bellew, and the fans really loved Loma.

“He really wants to come back and fight in the UK, that’s no baloney. He really said to me ‘Bob, if possible, I want to fight in London’. It will, it will [happen in the UK]. He just has to finalise with Campbell and then we will announce.”