“They have been talking about, it has been in the works, that in July we will fight for a world title. This fight with Edis Tetli was a 10 rounder and now they bumped it up to a 12 rounder. I think it is an IBF title eliminator. It could be an eliminator for one of the belts – most likely the IBF – then hopefully we can face Richard Commey,” Lopez recently told BoxingScene.com. 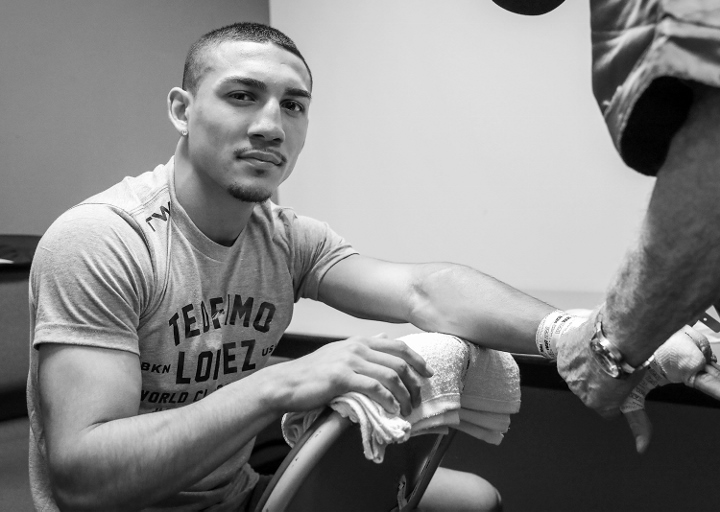 Commey  and Lopez both fought on the Sergey Kovalev-Eleider Alvarez undercard on February 2nd.  Lopez dispatched Diego Magdaleno in R7 while Commey blasted out Isa Chaniev in R2 to capture the IBF lightweight title.

Lopez wasn’t very impressed with what he saw from Commey, saying that he didn’t have much of an opponent in front of him.

“He fought before me. He fought some scrub who was like 13-0 with 6 knockouts and who was already ranked that high. It was like they just found somebody for him to make him look good.  Hopefully we can make that fight happen,” Lopez opined.

Even though he wasn’t impressed with his last fight, Lopez recognizes that Commey is a good fighter. He just feels that he is a level above him and that it would show if and when they meet in the ring.

“He is a world champion so he is a great fighter. Like all these guys that are world champions, Mikey Garcia, (Vasiliy) Lomachenko, they are champions for a reason. But when they face Teofimo Lopez, no!” Said Lopez.