Sane was a key member of a City side who won the Premier League title with a record 100 points and was named the PFA Young Player of the Year.

But Joachim Low left out the 22-year-old when he named his final 23-man squad for Russia 2018 on Monday morning. 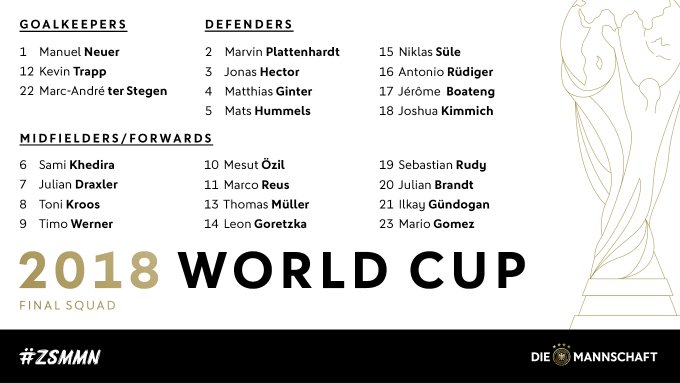 Bayern Munich goalkeeper Manuel Neuer has been given the No 1 jersey. Neuer had been sidelined since September with a metatarsal injury but made his return in the 2-1 defeat by Austria at the weekend.

Sane, who scored 10 goals and provided 15 assists in 28 games for City during the season, was one of four players who failed to make the final cut, along with Bernd Leno, Jonathan Tah and Nils Petersen.

Asked about Sane’s omission, Loew said: “It was a very tight decision between him and Julian Brandt (of Bayer Leverkusen) which went in favour of Brandt.

“There are better days in the life of a national team coach, when you have to send four amazing players, who deserve to be at the World Cup, home.

“It’s like being at the airport check-in counter en route to Moscow and you are not allowed to board the plane.” 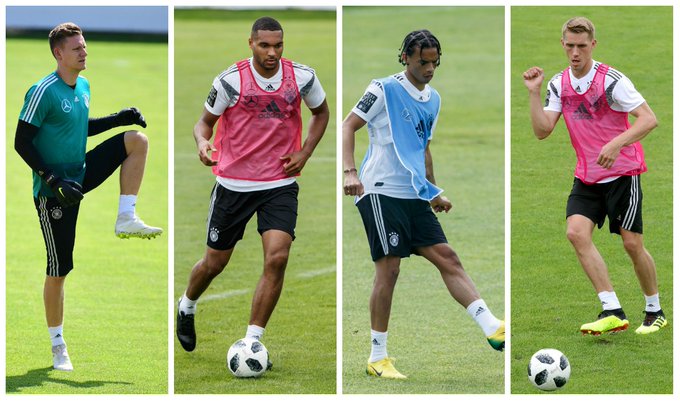 A big thank you for their efforts and commitment from Joachim #Löw to the four players who won’t be going to Russia,

Neuer is thrilled to have returned to fitness in time for the tournament and said: “I always had the goal in front of me.

“I stayed positive through the injury and, had I not been positive, I would not have been included.

“I feel good and now my focus is on the World Cup.”

Defending champions Germany will begin their campaign against Mexico on June 17 before facing Sweden (June 23) and South Korea (June 27).