United finally agreed a £112m transfer fee with Juventus last night for the France midfielder to blow rivals Real Madrid out of the water.
But Starsport understandsPogba, 23, has agreed a five-year contract worth £275,000-a-week adding another £66m to the cost of the deal.
His agent MinoRaiola travelled to Italy to put the finishing touches to a stunning deal that will makePogba the most expensive footballer on the planet.The transfer will dwarf the £85m Real paid Tottenham for Welsh wizard Gareth Bale in 2013.
What makes the signing even more astonishing is that Pogba left United for nothing in 2012 after failing to agree a new deal at Old Trafford.
He went on to helpJuve win a hat-trick of Serie A titles and reach the Champions League final to become one of the best midfielders in Europe.
United madePogba their No.1 transfer target once JoseMourinho agreed to succeed Louis vanGaal as boss.Mourinho has been on a mission to make some marquee signings as he begins the challenge of making United the most successful club in Europe again. 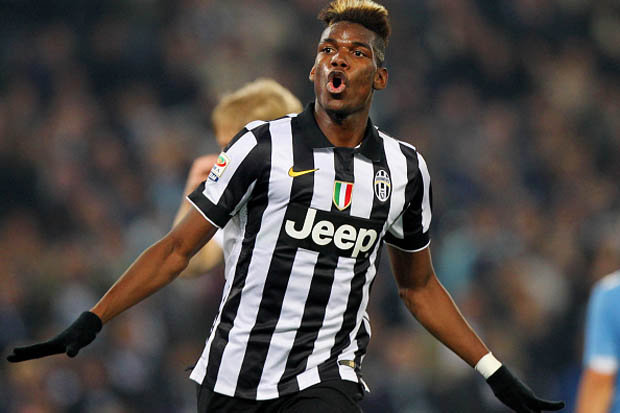 GETTYMVP: Pogba’s set to become the most expensive player in the world
He has landed Zlatan Ibrahimovic, Eric Bailly and Henrikh Mkhitaryan this summer but the arrival of Pogba will be the most important one of all.
Mourinho wants to build his new look side around him and his arrivalis set to coincide with the shock exit of German World Cup winner BastianSchweinsteiger.
Mourinho held talks with several members of his squad yesterday to tell them they would be leaving at Old Trafford withSchweinsteiger the most high-profile victim of the cull.Mourinho wants to reduce his first team squad to 24 and reckons Schweinsteiger is now surplus to requirements.
The World Cup winner only joined United last summer from Bayern Munich in a £13m deal, but endured a miserable first season at Old Trafford.
He failed to make an impact due to injuries and poor form and United are now willing to sell him to the highest bidder to get the £160,000-a-week star off the wage bill.
Schweinsteiger is one of nine stars set to leave United either permanently or on-loan, with others including AdnanJanuzaj, CameronBorthwick-Jackson, Andreas Pereira, Will Keane, James Wilson and Paddy McNair.SOURCE: dailystar.co.uk