City breathing down necks of Liverpool 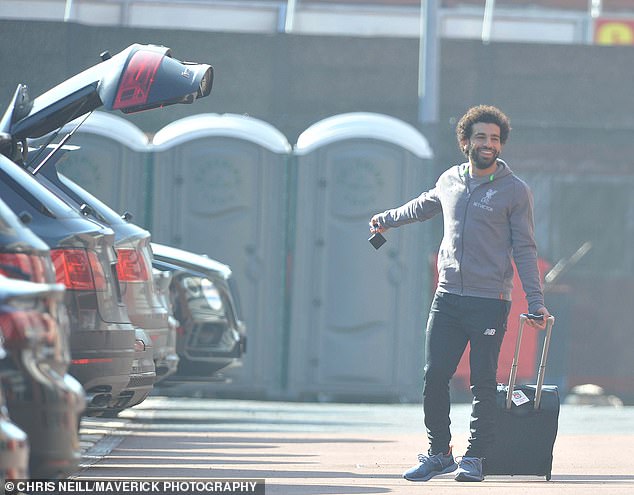 Liverpool’s players are already at Anfield and don’t appear to be feeling the weight of expectation ahead of their huge clash with Watford on Wednesday night.

Jurgen Klopp, Mohamed Salah, Alisson and defender Virgil van Dijk were all smiles as they pulled their cars into the car park, more than seven hours ahead of kick-off.

Salah and Klopp both dragged their suitcases into the stadium, while Alisson carried a smaller wash-bag and captain Jordan Henderson shook hands with fans. 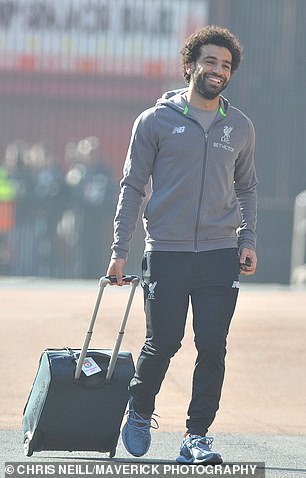 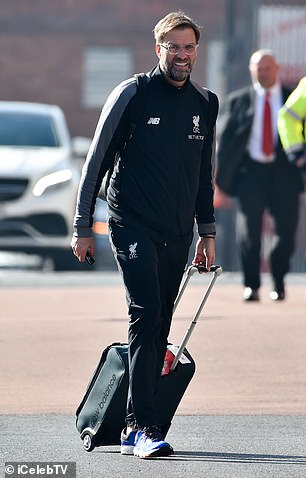 There did not appear to be any nerves on the faces of the players, as they look to keep their place at the top of the Premier League with Manchester City breathing down their necks.

Watford are the opponents for the Reds on Wednesday night, while Manchester City host West Ham 35 miles down the M62.

As it stands, Liverpool sit atop the table by a single point, but Pep Guardiola’s City have won three on the spin and will be keen to regain their place at the top.

Salah will be hoping to become the fastest player to reach 50 Premier League goals for one team if he scores against Watford on Wednesday night. 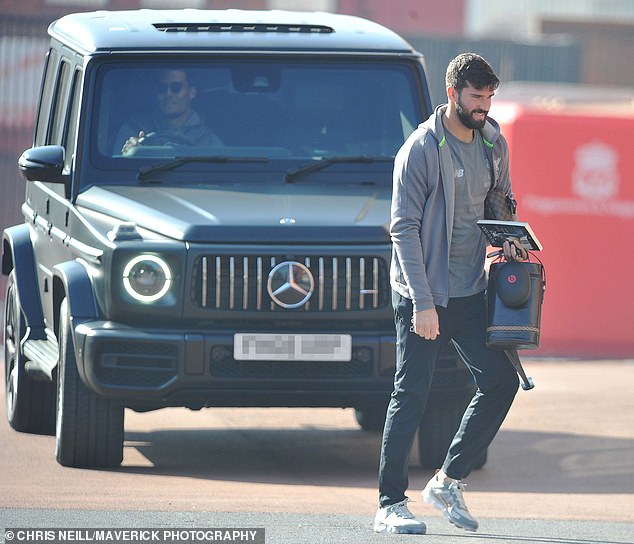 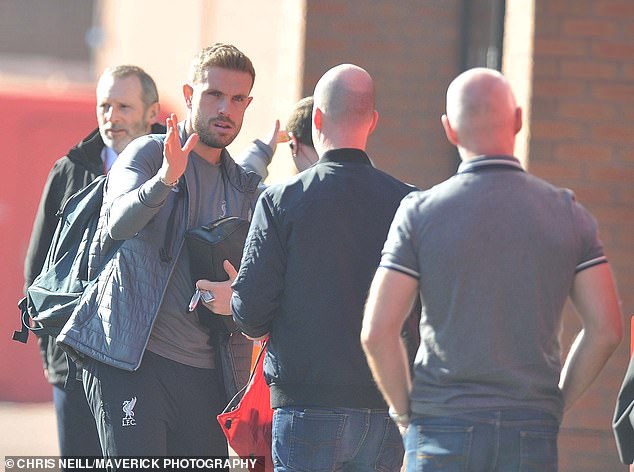 The Egyptian has netted 49 in 63 for Liverpool since joining the Reds from Roma two years ago.

And he is on the brink of surpassing Alan Shearer, who managed to hit 50 in 66 matches en route to the 260 he slotted in England’s top flight.

Salah already has 51 Premier League goals after scoring twice during his spell at Chelsea but the record is for one team.

‘It would be nice to score number 50, number 51 and 52! I always push myself to score more goals and to perform better,’ he told Liverpool’s matchday programme. 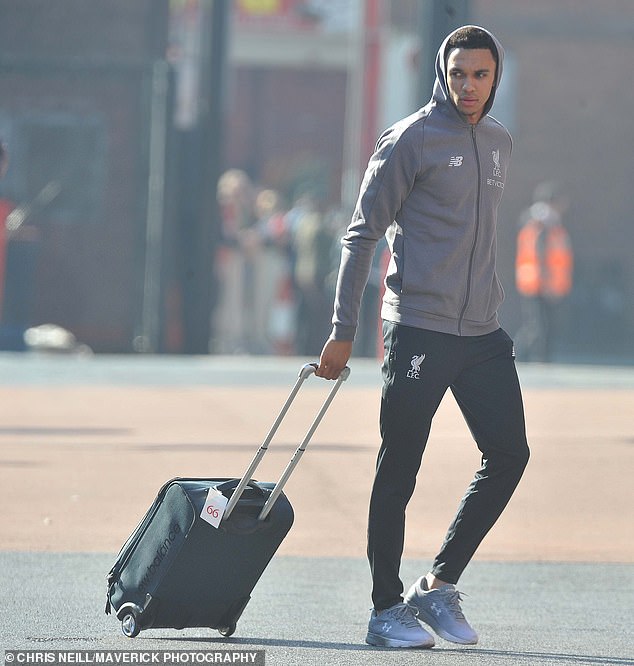 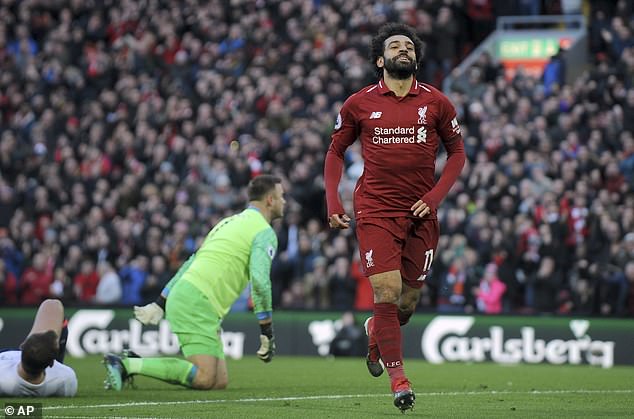 But last season’s Player of the Year is more interested in Liverpool’s title challenge than individual milestones.

‘Of course records are nice but for me the Premier League is now the most important thing.

‘It is a very big week. There are three games in eight days and if we can do well in them and still be top of the table that’s big for us.