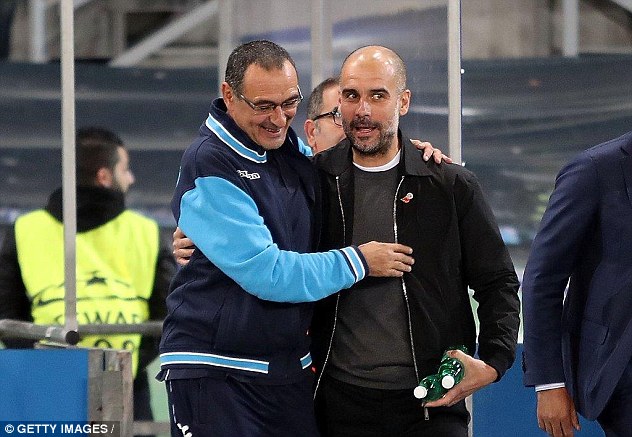 The Italian will become the 14th coach of the Roman Abramovich era and joins with just four seasons of top-flight experience under his belt and no managerial honours.

Here Sportsmail assess Sarri’s managerial career so far, how he will implement his radical tactical system using Chelsea’s squad and what the controversial coach will bring to the Premier League.

Sarri’s CV is truly incomparable to any of Abramovich’s 13 previous managers. For 10 years he split his time between coaching amateur teams in Italy and working for Banca Monte dei Paschi di Siena, the world’s oldest bank.

It wasn’t until 2000 when he took over Tegoleto that Sarri quit his bank job and turned to coaching full time. What followed was a gradual rise through the Italian football pyramid from sixth-tier Sangiovannese all the way to Serie B with Pescara and eventually Empoli.

From 2003 until 2012, Sarri coached 10 clubs in nine years. As the man himself explained: ‘The coach is like a fish, after a while he stinks.’ One of those stops was at Serie C Arezzo where he replaced Conte, who was in his first managerial role. 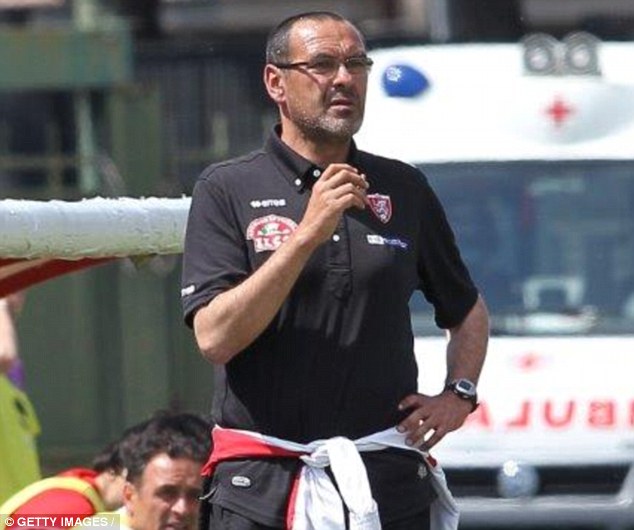 Empoli represented Sarri’s big break. In his first full season he took them to the promotion play-offs where they were beaten by Livorno in the final. In his second season in Tuscanny he took Empoli to automatic promotion and against all the odds, kept them in the top flight.

His hometown club Napoli then came calling, offering a one-year deal, and he thrived in Naples by leading them to a second-placed finish in his first season. After two further years trying and failing to end Juventus’ stranglehold on  the division, he parted ways with owner Aurelio De Laurentiis.

‘We faced one of the best sides I have faced in my career – probably the best’ Pep Guardiola said after Manchester City beat Sarri’s Napoli in the Champions League.

Guardiola can be prone to hyperbole but that is high praise from a manager who led City to a record Premier League points and goals total this season. 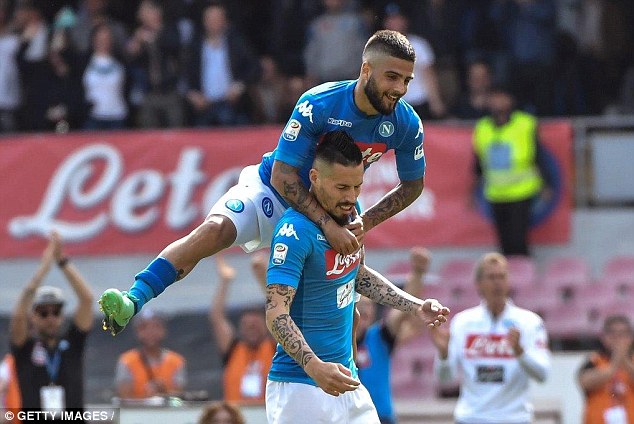 His Napoli side set up in a 4-3-3 formation and set about probing the opposition with short, triangular passing patterns designed to stretch defenders out of position and create space for their players to run in to.

When they were unable to create an opportunity they recycled the ball and held on to possession but more often than not, they eventually found a way through. Sarri’s Napoli were both fluid but disciplined with every player capable of contributing to their attacking play with incisive passes.

‘The football played by Napoli this season has been out of this world. He did very well, seeing Napoli play is a spectacle,’ Guardiola later told RMC Sport. ‘If he comes to the Premier League it’d be a pleasure to face him.’ You’ve got your wish, Pep.

His unusual route into management means Sarri coaches with a freedom and greater emphasis on entertaining. ‘If I saw my team defending and counter-attacking after 30 minutes I would get up and return to the bank because I would not be having fun,’ he quipped after facing the pragmatic Diego Simeone’s Atletico Madrid.

Sarri’s system is demanding and requires each of his 11 players to know exactly what they are doing at all times and in all situations. From goalkeeper to striker, every player is given detailed tactical instructions to ensure they fit the formation.

That requires a lot of work to implement and Sarri works rigorously and exhaustively on the training ground with his squad to ensure they adopt his methods. 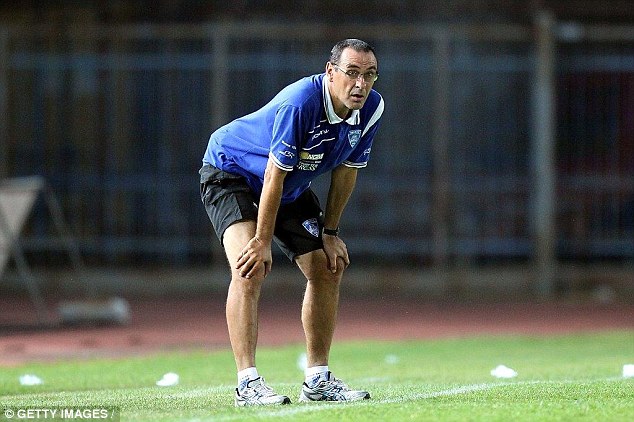 Sarri began flying drones over his own training sessions during his spell at Empoli to allow greater analysis and his attention to detail has become notorious. His drills at Napoli’s Castel Volutrno centre included full 11-a-side matches played in one half of the pitch to increase his team’s ability to retain possession in tight spaces.

At Sansovino, he had his players work on 33 different set-piece routines on the training ground, an extraordinary depth of preparation that earned him the nickname ‘Mister 33’. The club were in the sixth tier at the time.

He is also infamously superstitious. At Napoli he switched between training pitches every day until a winning run came to an end and would drink espressos at set intervals as he oversaw sessions. 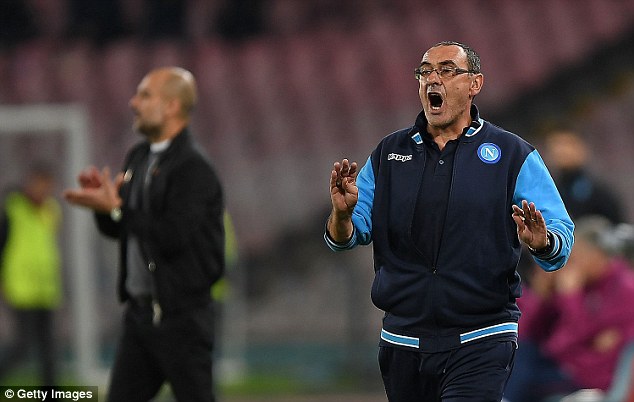 Sarri also has little-to-no interest in player recruitment, believing that his job as a coach should be about maximising the ability of the players at his disposal.

‘I don’t think about the transfer market,’ Sarri admitted last year. ‘I hear from [sporting director Cristiano] Giuntoli every three days, and it doesn’t interest me. I like to coach the lads I have available.’

When 38-goal striker Gonzalo Higuain was sold to Juventus and his replacement Arkadiusz Milik suffered a long-term injury, he responded by converting Dries Mertens to striker – who scored 34 goals in his first season as Napoli’s No 9.

Sarri is one of the few genuine mavericks left in football having entered as an outsider he has not conformed to the TV-friendly demands that are placed on top-level European managers.

The 59-year-old smokes relentlessly, according to Mertens around five packets a day, on the training ground and even in the stadium. His nicotine habit led to RB Leipzig to construct a special smoking cabin for him when Napoli visited the Germans in the Europa League last season. 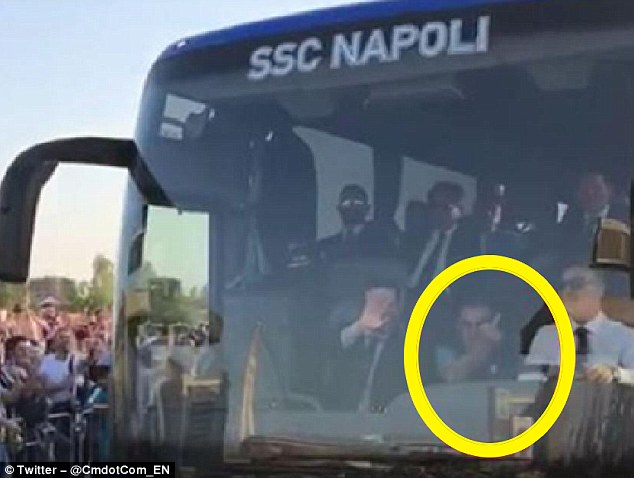 Sarri has represented a controversial figure in Serie A for less savoury reasons too. He was fined for aiming a homophobic slur at then-Inter Milan coach Roberto Mancini back in 2016 and told a female journalist: ‘You’re a woman, you’re beautiful, for those two reasons I won’t tell you to go f*** yourself,’ after one hostile question.

As Napoli headed to Turin for a crucial Serie A match against Juventus in April, Sarri offered a middle finger to Juventus supporters gathered around his team coach.

Where will this all fit in at Chelsea?

Sarri’s disinterest in the transfer market will be a welcome change for Chelsea’s hierarchy after Conte’s repeated complaints throughout last season. The new manager will set about working with his players on the training ground trying to implement his system on the squad.

But Sarri has never coached players with such high reputations, from Real Madrid target Eden Hazard to World Cup winner Cesc Fabregas, from the club’s record signing Alvaro Morata to last season’s Player of the Year N’Golo Kante. It will be interesting to see whether they are fully on board with his extensive demands. 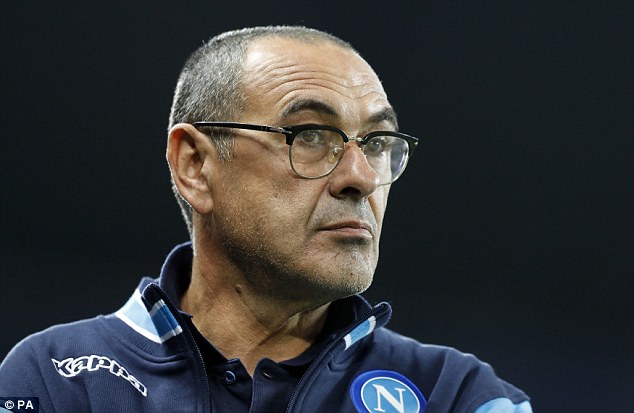 It is set to be a significant departure from predecessor Conte’s tactics. The Italian was criticised for his ‘anti-football’ after a 1-0 defeat by City last campaign and often prided pragmatism over flair during his two seasons in west London. Sarri’s styles could not be more different.

Despite his disdain for new signings, Sarri will soon be joined by one of his key lieutenants at Napoli, midfielder Jorginho, and Higuain could soon follow in linking up with his former manager once again.

The incoming Chelsea boss may have to rein in some of his more primal instincts in the sanitised world of Premier League football, especially under an owner who is less forgiving of his managers stepping out of line. Sarri will be wondering if they’ll allow smoking at Stamford Bridge next season.