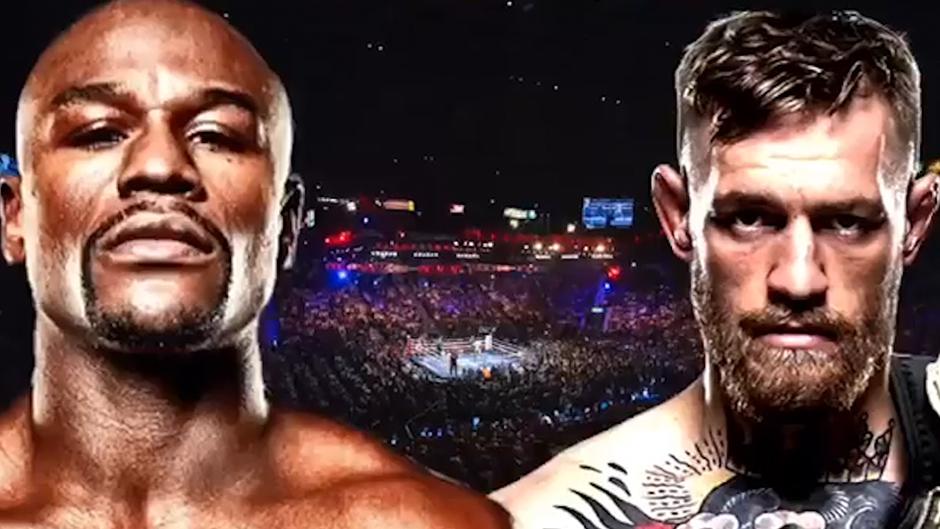 They were a promoter’s dream.

So when, on June 26, 1976, a 34-year-old Ali travelled 10,000 miles to take on a wrestling champion in a 15-round cross-sport bout in Japan, it is estimated over a billion people tuned in expecting an incredible battle for the ages.

Just as millions will for Floyd Mayweather v Conor McGregor, assuming it happens.

What they saw instead was a farce. This is the story of Ali v Antonio Inoki…

A year previously, in April of 1975, Ali had met Ichiro Hatta – president of the Japanese Amateur Wrestling Association.

Ali bragged to Hatta in classic fashion, asking: “Isn’t there any Oriental fighter who will challenge me? I’ll give him one million dollars if he wins.”

It was a meaningless comment. Ali was talking boastful rubbish and yet his words made headlines across Asia, specifically in Japan, where one wrestler stood up and took notice.

Antonio Inoki was a 6ft 3ins, 225lb lump who founded his own promotional company, NJPW (New Japan Pro Wrestling), so he could wrestle.

He’d been forced to do so after being fired from Japan’s original JWA (Japan Wrestling Association) for planning to take it over.

July 2015 – McGregor tells American TV host Conan O’Brien he would enjoy a fight with Mayweather stating: “Who would not like to dance around the ring for $180million?”

January 2016 – Mayweather claims McGregor was treated better because he’s white with the Irishman replying: “Don’t ever bring race into my success again. I am an Irishman. My people have been oppressed our entire existence.”

May  – The Sun exclusively reveals that the duo are in talks over a showdown.

November – Irish superstar is granted a boxing licence in California

December – Mayweather Promotions supremo Leonard Ellerbe taunts McGregor – claiming he would get “his a** beat from pillar to post.”

March – Money called his rival a “little punk” before confirming he was coming out of retirement, UFC boss Dana White for the first time appeared to suggest a fight could happen

June 14, 2017 – The pair officially announce their August 26 meeting after years of talk

Inoki heard Ali’s trash talk and said he would accept his challenge, but his actions spoke louder than his words.

Inoki managed to convince financial backers to offer Ali £4m for the fight – exactly the same purse as he’d earned for his part in one of the most brutal and gruelling fights in boxing history, the “Thrilla in Manila” against Joe Frazier, just eight months earlier.

All the questions asked of Mayweather today as to why he wants to face an MMA fighter and demean the sport of boxing were also put to Ali back in 1976.

Unlike Mayweather, Ali answered these questions with a blunt honesty: “Six million dollars, that’s why.”

Despite a language barrier between the pair and Inoki not quite being as charismatic as McGregor, the pre-fight press conference still managed to entertain.

Ali mocked Inoki by nicknaming him “The Pelican” because of his rather large chin, to which Inoki responded: “When your fist connects with my chin, take care that your fist is not damaged.”

He also offered the American a crutch, to supposedly use after he had been thrown from the ring.

What happened from here is unclear.

Some claim the original plan for the bout was that it would be a staged contest in which Ali would “accidentally” hit the referee and knock him out, only to then be knocked out by Inoki while tending to the downed ref.

But, upon hearing he had to lose, Ali refused to take part in this and so the fight became what it was.

However, another story suggests Ali had signed the fight under the impression it was just going to be an exhibition and only when he asked Inoki when the rehearsal was did the Japanese wrestler tell him he was in for a real fight.

Whichever story is true, something happened to cause Ali and Inoki to renegotiate the rules at the last minute.

Inoki would now not be allowed to throw or tackle his opponent, nor would he be able to kick him unless he had one knee touching the canvas.

So this one-off mixed rule-book was created.

The new, ridiculously complicated rules weren’t even revealed to the public before the fight, although they would soon see them in action.

When the contest began it quickly became obvious that this just wasn’t going to work.

Inoki had come up with a cunning tactic of lying on his back, which he did for pretty much the entire fight.

As he had one knee touching the canvas he could kick at Ali and, as he was already on the floor, he could not be touched.

It was genius and yet it was dreadful at the same time. By the fourth round, Ali himself made a joke of the contest by jumping up onto the ropes while cornered, in order to avoid Inoki’s sprawling kicks.

This continued for the full 15 rounds.

Ali only managed to throw six punches at his constantly downed opponent, while Inoki landed several hard kicks to the American’s legs and grappled with him briefly on a couple of occasions.

Inoki was three points ahead on the scorecards, but was docked three points for fouls breaking the customised rules. The bout was officially scored a draw.

The night ended with the crowd throwing rubbish into the ring and chanting: “Money back! Money back!”

It is said that those who cannot learn from their history shall be doomed to repeat it.

Mayweather-McGregor wouldn’t be the same as Ali-Inoki because it would be fought entirely under boxing rules, but that could conceivably make it even WORSE.

The reason for that was because they both knew they would have absolutely no chance of winning at the other’s own sport.

Mayweather-McGregor would likely be an even worse spectacle than Ali-Inoki because at least with Ali-Inoki the watching crowd had the tiniest speck of interest retained by wondering who was going to win.