Mayweather Sr began slamming the UFC lightweight champion after reports of a boxing match between the Irishman and his son, Floyd Jr, emerged.In a interview with Fight Hub TV in January, he said: “Floyd would tear him up, man.“Even though Floyd is not a big puncher, Floyd can hit him with jabs and stuff all night, man, and cut him up. My son’s going to cut his beard for him.”
UFC lightweight champion Conor McGregor
Mayweather Snr was recently asked about polishing up McGregor’s boxing skills and claimed he’d be unable transform him into a top-class boxer, and he couldn’t resist having yet another dig at ‘The Notorious’.
“Brother, that right here is a no-can-do deal,” he told Fight Hub TV.“I can’t make Conor McGregor turn around from being a caveman fighter, I don’t know what he is.” 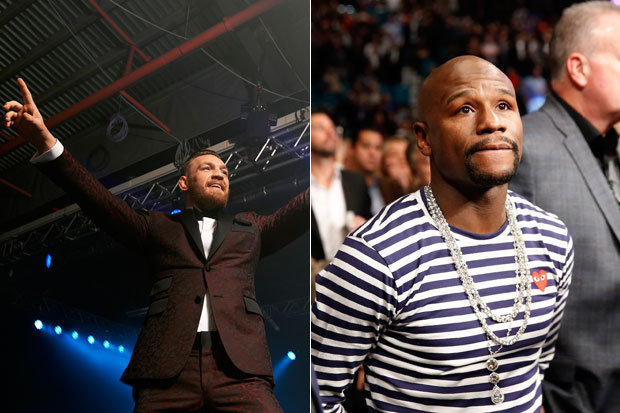 A fight between Conor McGregor and Floyd Mayweather seems closer than ever
MayweatherSnr then went on toreveal that he’s open to taking on McGregor’s head coach, John Kavanagh.”I’ll let my son fight McGregor and I’ll take on his trainer, whoever he is,” he added.
“I’ll knock his trainer out, I don’t even know who he is and I will knock him straight cold.”SOURCE: dailystar.co.uk